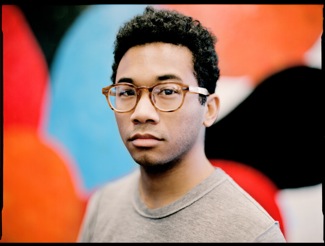 Chaz Bundick, the improbably named 26-year-old behind the impeccably titled project Toro y Moi (Spanish and French for “Bull and Me”), built his reputation on his contributions to the genre known, unfortunately but evocatively, as chillwave: slow, gauzy music anchored by simple beats and looped samples. Yet he’s always leaned towards more straightforward funk and pop in songs such as “New Beat,” from his second album, Underneath the Pine. On his new release, Toro y Moi takes those once-peripheral elements and puts them front and center.

“Harm In Change,” the opening track from Anything in Return, is at once catchy and seductive: “Don’t let me hold you down/We could be there now,” Bundick sings, in what seems like a reference to his recent move from his native South Carolina to California, where his girlfriend goes to grad school. “So Many Details” is a beautifully downtempo, sensuously melancholy song with shades of the Weeknd—though Bundick’s voice is a bit too thin to pull it off, and the instrumentals get overproduced and murky towards the end.

He sounds more robust on the slow, assured “High Living,” singing, “we’ll be living high/we’ll be living uptown.” In general, though, his voice works best when he goes into a near-falsetto that evokes Prince in its better moments. The tempo picks up towards the end of the album. “Cake” is one of the strongest and most conventionally poppy songs, with a bright melody anchored by keyboard and lyrics like, “She knows (she knows)/I’m gonna be her boy forever.” “Never Matter” is made for the dancehall, opening with synth chords and building into a stuttering beat. 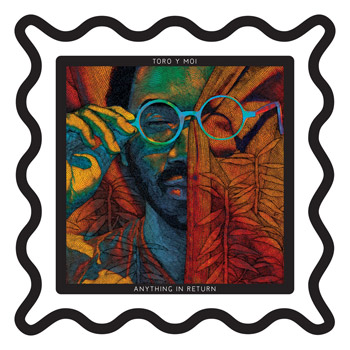 Anything in Return is heavily inflected with the sounds of vintage R&B and hip hop, particularly on songs like “Day One”—a classic slow jam (“I wanna make you want me”) made fresh with burbling electronics and Bundick’s coolly restrained vocals. “Rose Quartz” displays Bundick’s talent for gradually building a beat out of disparate elements, with samples, effects, and drums all coming smoothly together into a simple but powerful track. But his discerning ear falters occasionally—consider “Studies,” which meanders too long in parts and tries to pull too many discordant sounds into a song that never quite comes together.

Vocal samples sometimes work wonders, as on the chorus of “Say That,” but at times Bundick uses them a little too liberally—to the point where they are jarring (perhaps intentionally so) and even irritating. For all his obvious talent and skill, the man could use a better editor. He has a few too many interesting ideas that don’t quite pan out in the execution, and a bit too much of the chillwave sensibility left in the slow pace and occasional torpor of the album overall. That said, Anything in Return is a good album that suggests Toro y Moi has the potential to make a great one. He’s got time.