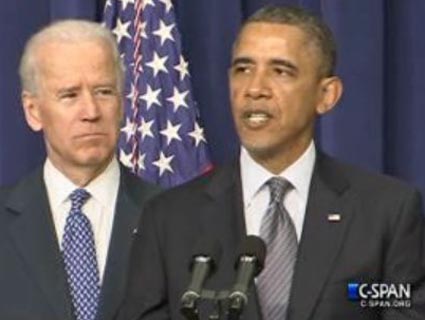 “What the President is proposing is problematic for a couple of reasons, but primarily because it doesn’t work…” Rubio said. “These ideas don’t work. It’s not just Chicago. Washington, DC had a very similar gun ban. And it didn’t work. In fact violent crime and murder and all these things skyrocketed in Washington during the time of those bans.”

There’s only one problem: Obama hasn’t proposed gun restrictions that resemble anything like those in Chicago or those that were overturned in Washington DC. It’s possible Rubio hadn’t actually looked at what the White House proposed before reacting. If so, he wouldn’t be the only Republican to make that mistake. Senator Rand Paul (R-Tenn.), speaking to Fox News’ Sean Hannity, vowed to “nullify anything the president does that smacks of legislation,” adding that “there are several of the executive orders that appear as if he’s writing new law. That cannot happen.” Paul’s staff might want to inform him that Obama signed no executive orders Wednesday. He did sign several presidential memorandums directing relevant agencies to alter their behavior regarding gun tracing, health research, and criminal background checks, in addition to issuing a list of other executive and administrative actions that he will take on guns.

Obama’s legislative proposals on guns, meanwhile, still have to get through a Republican-controlled House of Representatives that is unlikely to greatly restrict gun rights. They include a new ban on assault weapons and high-capacity magazines, but nothing as restrictive Chicago or DC laws. Despite this, Republicans have already brought up impeachment, including Rep. Louie Gohmert (R-Tex.), Rep. Trey Radel (R-Fla.), and Rep. Steve Stockman (R-Tex.), who didn’t even wait for Obama to unveil his plan and pretend to read it before deciding the president had met the threshold for removal from office.

Republicans were primed to expect a gun grab. Prominent conservatives like Matt Drudge have made historically obtuse warnings that Obama, like Adolf Hitler and Josef Stalin, is bent on disarming the population (presumably prior to building a gulag and engaging in genocide). But rather than of banning guns by fiat, the White House’s list of executive actions consists mostly of practical or symbolic measures, containing lots of phrases like “release a letter,” “start a national dialogue” and “provide incentives.” It’s not exactly the stuff dictatorships are made of, but Obama’s imaginary executive actions on guns are certainly more exciting than the ones he actually proposed.