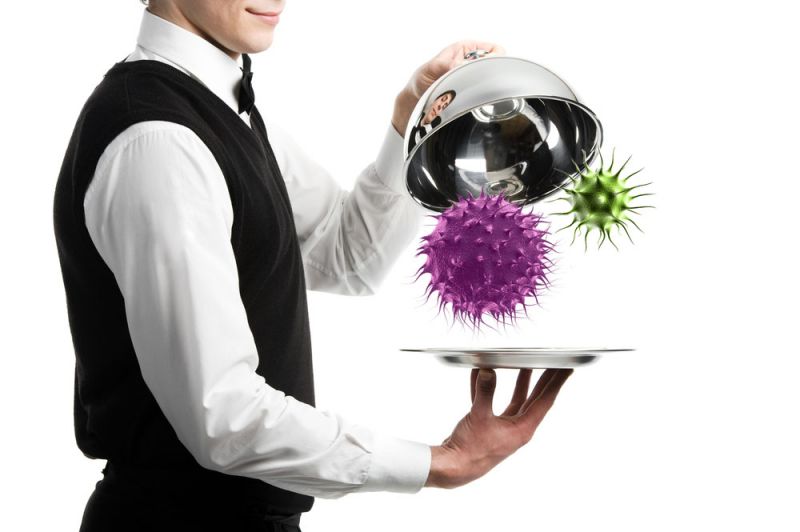 Fifteen minutes before Victoria Bruton’s lunch shift at a busy Philadelphia dining joint, she began to feel dizzy and hot. “I had gone to my boss and asked if I could leave because I wasn’t feeling well,” Bruton, now 41, remembers of her first case of what she assumed to be the flu. “They asked that I finish the shift. And frankly, I couldn’t afford not to.” The sole source of income for her two daughters, Bruton powered through the shift—and spent the next two days confined to a sickbed.

Like most of the country, Philadelphia doesn’t require restaurants to pay sick leave for its food handlers, though longtime food workers like Bruton, advocacy organizations, and lawmakers are currently fighting for a law to do so in Pennsylvania. Councilmen in Portland, Oregon, are also debating a similar initiative. But these two proposals are the exception rather than the norm: According to a study from the Food Chain Workers Alliance, 79 percent of food workers in the United States don’t have paid sick leave or don’t know if they do. And it’s not just flu that sick servers can spread—a study out this week from the Centers for Disease Control and Prevention suggests that the food industry’s labor practices may be contributing to some of the nation’s most common foodborne illness outbreaks, and even more than previously thought.

The report draws from a decade’s worth of records detailing nearly 4,600 outbreaks of foodborne illnesses. Of them, the agency found that 46 percent of outbreaks arose from an oft-ignored culprit: leafy vegetables contaminated with norovirus, a highly contagious bug with stomach-flu-like symptoms. Another recent CDC study traced a whopping 53 percent of norovirus outbreaks, and possibly up to 82 percent, to infected food workers.

“Anything that we can do to prevent those workers from showing up at the kitchen when they’re sick will go a long way to preventing disease,” says Dr. Aron Hall, lead author of the earlier norovirus study and epidemiologist at the CDC. “Certainly, providing sick pay and sick leave policies [is] critical to ensuring sick workers stay away.”

Other researchers have also tied norovirus outbreaks to lack of paid sick leave, citing restaurant managerial practices as a major risk factor in the spread of foodborne illness. But the National Restaurant Association (NRA), along with state restaurant trade associations, has fired back, citing tight expenses and the fast-paced nature of the industry as reasons why restaurants shouldn’t be required to offer paid sick leave. These groups have poured hundreds of thousands of dollars to successfully shut down sick leave initiatives in cities like Denver and Milwaukee.

A recent CDC study traced a whopping 53 percent of norovirus outbreaks, and possibly up to 82 percent, to infected food workers.

“Most part-time hourly employees don’t expect to receive paid sick leave,” Patrick Conway, president of the Pennsylvania Restaurant and Lodging Association (PLRA) told me over the phone. “I think the problem that the employer has is not that they don’t want to take care of their employees—but what happens is that you’ve got to pay somebody who doesn’t show up to work because they’re sick, and you’ve got to pay someone who does show up to cover the shift. You’re paying double.”

“There’s no safer place to eat than a licensed restaurant,” Conway added, pointing out that the PLRA provides food safety training for employees.

Lisa Frack, communications director at Family Forward Oregon, a coalition of labor and family organizations pushing for paid sick leave in Portland, argues that the NRA’s economic concerns are flawed. She points out the issue of “presenteeism”—that a sick food worker is “present, but not productive.” Frack also highlights the compounded risk of a sick worker infecting other workers and stringing out his illness even longer, both of which impact business directly. It’s also unlikely that the NRA is taking into account the externalized costs. Norovirus, for instance, results in 150 deaths, 15,000 hospitalizatons, and an estimated $2 billion in health care expenses and lost work a year.

Sarumathi Jayaraman, cofounder of food worker advocacy group Restaurant Opportunities Centers United (ROC United) and author of a book about food industry labor out next week, agrees that the lack of paid sick leave helps perpetuate pretty big public health problems. “An employer in New York actually openly told us that it’s kind of a joke in our industry that our industry is single-handedly responsible for perpetuating the flu in the winter season because everyone knows restaurant workers work when they’re sick,” Jayaraman says. “Everybody knows it, and it just happens. It’s just tragic.”

Without pressure on restaurants to provide incentives for sick time, employees often feel that staying home could cost them their jobs, Bruton says. “It’s easier to come in sick, even if you are throwing up,” she adds. “You want to prove to your boss you’re not faking it.”