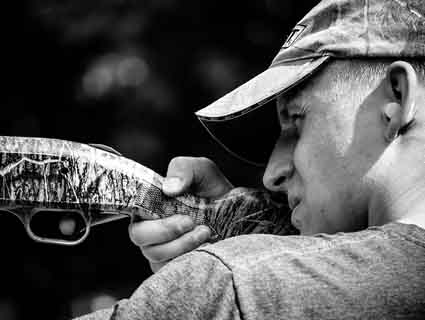 US gun policy is set by both state and federal law. We previously published an explainer on the ways states have eased gun restrictions. But federal policy, too, has become more gun friendly in recent years—and we’re not just talking about the 2008 Supreme Court ruling that struck down the handgun ban in Washington, D.C., and held that people have a right to keep guns in their homes.

Here, we outline five federal policies relating to guns you may not have known about:

1. A federal firearms trace database is off-limits to the public.

How often do federally licensed gun dealers sell guns that are then used in crimes? It’s hard to know, because for nearly a decade such gun trace data has been hidden from the public. Even local law enforcement had been, until recently, barred from accessing the database for anything but narrow investigations.

Under the Gun Control Act of 1968, licensed dealers are required to record certain information about a buyer and the gun’s serial number at the point of sale. When a gun is recovered from a crime scene, local law enforcement agencies can request The Bureau of Alcohol, Tobacco, Firearms and Explosives to trace the firearm’s origins. The retrieved information is compiled into a crime gun trace database maintained by ATF. A tool to catch criminals, the database in the early 2000s became a political flashpoint, as the Washington Post details. Outside research tying seized guns to a small handful of dealers spurred the federal government to impose tougher sanctions and inspections on gun retailers and manufacturers.

But those sanctions sparked a backlash: Since 2003, the Tiahrt Amendments, so named after the former Kansas Republican congressman who introduced the measures, have concealed the database from the public. Prior to 2010, local police could access the database only to investigate an individual crime but not to look for signs of broader criminal activity.

Despite the relaxing of some restrictions, parts of the original Tiahrt Amendment remain in place. The ATF can’t require gun dealers to conduct an inventory to account for lost or stolen guns; records of customer background checks must be destroyed within 24 hours if they are clean enough to allow the sale; and trace data can’t be used in state civil lawsuits or in an effort to suspend or revoke a gun dealer’s license.

2. The military can’t impose additional regulations on service members who own guns.

Following the November 2009 shooting at Fort Hood military base in Texas that killed 13 people and wounded more than two dozen others, the Department of Defense proposed guidelines that included, among other things, a new policy around private firearms. (The semiautomatic pistol used by accused gunman Army psychiatrist Maj. Nidal Malik Hasan was purchased at a store off-base.)

Consideration of tighter gun regulations, such as the registering of non-military guns, sparked at least one new piece of federal legislation.

Less than a year after the shooting, US Sen. Jim Inhofe, R-Okla., introduced a bill prohibiting new regulations on Defense Department personnel’s private guns. It also prohibited commanders from inquiring into private gun ownership. At the time, Inhofe stated that the measure would “prevent current and potential Second Amendment violations for those serving and employed by the Department of Defense.”

There has been a recent revision: In the 2013 National Defense Authorization Act recently passed by Congress, a new provision does allow military commanders to ask about private firearms if there is reason to believe a service member is at high risk of committing suicide.

“It codifies the ability of military commanders to have a conversation with someone they feel is suicidal. This is all about conversation, not confiscation,” said John Madigan, senior director of public policy at The American Foundation for Suicide Prevention, which pushed for the measure.

3. You can carry a gun inside a national park or check a gun when riding Amtrak.

In 2009, Congress passed a measure, tucked into a larger credit card reform bill, to allow visitors to national parks and wildlife refuges to carry a loaded firearm. (Previously, the guns had to be locked, unloaded and stowed away). Under the amendment, which took effect February 2010, visitors can carry firearms only in those parks located in states that permit concealed guns in their own state parks. Although the US Department of the Interior had lifted the 25-year ban the year before the law passed, a federal judge had blocked implementation after gun control groups objected.

Also in 2009, Congress voted to allow customers riding Amtrak to check guns and ammunition in their luggage. (Though airlines have a similar policy, the federally subsidized national rail service barred guns in any luggage, checked or carry-on, after the 9/11 terrorist attacks.) In a statement shortly before the measure took effect, its sponsor, Republican Sen. Roger Wicker of Mississippi, said it would provide “hunters, sportsmen, and gun owners with more choices for traveling.”

4. The gun industry is shielded from many lawsuits involving criminal misuse of guns.

In 2005, Congress enacted a law that immunizes gun dealers and manufacturers from liability for injuries resulting in the “criminal or unlawful misuse” of a firearm. The law authorized dismissal of any applicable pending lawsuits and prohibited future claims.

During floor debate, the bill’s primary sponsor, former Idaho Republican Sen. Larry Craig, said the measure wouldn’t provide the gun industry with blanket immunity, just prohibit “one extremely narrow category of lawsuits: lawsuits that attempt to force the gun industry to pay for the crimes of third parties over whom they have no control.”

Indeed, the 2005 law provides for certain exceptions, including cases in which a gun dealer or manufacturer is aware the firearm will be used to a commit a crime and the suit is brought by the victim directly harmed. The law also allows suits based on a manufacturing or design defect, but not for lacking certain safety features.

Under the law, it would be much harder to obtain a settlement of the kind that families of the victims in the Washington-area sniper shootings of 2002 received. In 2004, those families won a $2.5 million settlement from the manufacturer of the Bushmaster XM-15 assault rifle used in the shootings and from the licensed Tacoma, Wash., store from where the gun was stolen.

“The law has not stopped gun litigation, but it has created an obstacle for litigation,” said Jonathan E. Lowy, director of the Legal Action Project at The Brady Center to Prevent Gun Violence, which filed the lawsuit, alleging that the defendants’ negligence allowed the snipers to obtain the firearm. “Today, you would almost certainly face motions to dismiss by the dealer and manufacturer, and there is a significant number of judges who would dismiss the case,” he said.

Funding used to be set aside for the Centers for Disease Control and Prevention to research the impact of gun ownership—but that was taken away in the mid-90s.

The New York Times explains that as the CDC became “increasingly assertive about the importance of studying gun-related injuries and deaths as a public health phenomenon,” the National Rifle Association assailed its findings as politically skewed and lobbied to defund research.

One study commissioned by the CDC’s National Center for Injury Prevention and Control found that the risks of keeping a gun in the home outweigh the benefits: “A gun kept in the home is far more likely to be involved in the death of a family member of the household than it is to be used to kill in self-defense,” its authors wrote in 1993.

In 1996, an amendment proposed by then-Arkansas Republican Congressman Jay Dickey removed $2.6 million from the center’s budget, the same amount earmarked for firearms research. When funding to CDC was later restored, legislation included the directive that “none of the funds made available for injury prevention and control at the Centers for Disease Control and Prevention may be used to advocate or promote gun control.” Critics charge that language had a chilling effect on CDC’s support for gun-related research.

The CDC Injury Center today collects data generally on homicides, suicides and injuries in homes, schools and communities. But when it comes to firearms-specific research, “I never heard the money was replaced,” said Dr. David Satcher, the former US Surgeon General who served as CDC’s director from 1993 to 1998 and now leads The Satcher Health Leadership Institute at Morehouse School of Medicine.

“I don’t think this (1993) study was saying the government should take guns away from people. I think it was saying people should know what happens when you have a gun,” Satcher told ProPublica. “A major benefit of that kind of research is, it keeps informing and updating people: What do we know about gun violence? What do we know about the benefits of owning a gun? I think those are the kinds of questions we need to ask in public health.”