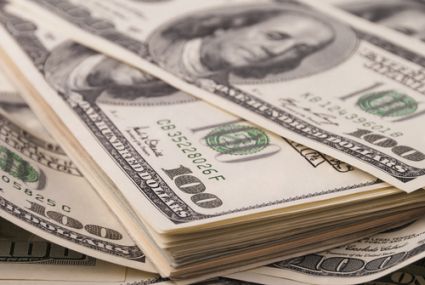 In the world of political money, Democrats like to cast themselves as the defenders of transparency and crusaders against corruption. They’ve asked the IRS to investigate big-spending nonprofit groups such as Karl Rove’s Crossroads GPS, and they’ve lead the effort in Congress to pass the DISCLOSE Act, which would’ve forced politically active nonprofits to reveal their major donors. Yet one of the most secretive dark-money groups of the 2012 campaign season was allied with the Democratic Party’s standard-bearer, President Obama.

Founded by former Obama White House aides Bill Burton and Sean Sweeney, this shadowy outfit is known as Priorities USA. If the Priorities name sounds familiar, that’s because it’s the sister group of the flagship pro-Obama super-PAC, Priorities USA Action. (Yes, the two names are confusing. From here on, any mention of Priorities refers to the dark-money nonprofit.) Organized under section 501(c)(4) of the tax code, like the Sierra Club and the National Rifle Association, Priorities USA can legally hide the identities of its donors, but it can’t spend the majority of its money on pure politics.

Politically active nonprofits plunged into politics more aggressively than ever during the 2012 election cycle, mostly on the conservative side. Rove’s Crossroads GPS spent more than $70 million, the US Chamber of Commerce $33 million, the Koch-backed Americans for Prosperity upwards of $39 million. We know these figures because the groups sometimes announced them in press releases and, closer to election time, reported certain spending to the Federal Election Commission. However, the details surrounding Priorities USA, one of the only purely political nonprofits on the Democratic side, are a mystery.

Priorities has a website, where the group says it is “dedicated to mobilizing Americans to preserve, protect, and promote the middle class, and to ensure opportunity and freedom for the next generation.” Nowhere on that site will you find a press release describing the group’s fundraising or spending. Co-founder Bill Burton declined multiple requests for information on how much the group raised and spent—if it spent any money at all. The group’s sparse Facebook and Twitter accounts feature mostly links to news articles. The only blip on the radar Priorities made was in late 2011 when it paid for $215,234 in operating expenses for its sister super-PAC. That transfer raised hackles within the campaign finance reform community because super-PACs are supposed to disclose their donors, yet here was a secretive nonprofit spending six figures with no disclosure.

According to the Los Angeles Times, Priorities raised $2.3 million in secret donations in 2011. Not that the Obama White House was any help raising money for the group: Top Obama aides were not allowed to appear at fundraisers for the Priorities nonprofit, the Times reported, though they could appear at events for its super-PAC affiliate.

Asked how Priorities spent its money, the Democratic operative said: “Beats the shit out of me.”

A Democratic operative familiar with Priorities’ work, who requested anonymity to speak about internal figures, says the super-PAC and the nonprofit together raised “close to $95 million” for the 2012 election cycle—within touching distance of the collective $100 million goal the groups had established. According to federal filings, the super-PAC raised $64 million through October 17. It’s likely, then, that the Priorities USA nonprofit raised millions of dollars in dark money to get the organization near that $95-million mark. (Burton and other fundraisers for Priorities refused to say exactly how much the nonprofit hauled in.)

On the spending side of the ledger, it is hard to tell what Priorities did. Priorities’ website says it conducted an education-related poll this August, and paid for two web videos on tax fairness and education. And…that’s it. Asked how Priorities spent its money, the Democratic operative said: “Beats the shit out of me.”

The operative predicts, though, that dark-money nonprofits will emerge as major players post-election in the fight to influence policy battles in Congress, such as a fiscal cliff deal, rewriting the tax code, and reforming Medicare, Medicaid, and Social Security. “The big sleepers are the 501(c)(4)s,” the operative says. “That’s the intriguing part.”

Priorities USA’s shadowy nature has attracted attention from watchdogs and government officials concerned about all the secret money sloshing around state and national elections. This summer, New York Attorney General Eric Schneiderman, a Democrat, requested information from Priorities USA about its fundraising and spending activities; Schneiderman made the same request of nearly two-dozen other nonprofits including Crossroads GPS, the conservative American Future Fund, and America Votes, which acts as a conduit between labor unions, environmental groups, and other members of the progressive community. (Schneiderman’s investigation is still ongoing.)

Democracy 21 and the Campaign Legal Center, two groups that advocate for more regulation of political money, cited Priorities USA in an April letter to the Internal Revenue Service demanding an investigation and, when necessary, a crackdown on politically active nonprofits. The two groups accused (PDF) Priorities, among others, of claiming tax-exempt status as a way to “keep secret from the American people the donors financing their campaign-related expenditures.”

In June, a spokesman for Crossroads GPS dragged Priorities into the brewing fight between Rove and Team Obama over dark money’s place in the campaign. After the Obama campaign’s top lawyer, Bob Bauer, argued to the Federal Election Commission that Crossroads should reveal its donors, Crossroads spokesman Jonathan Collegio shot back: “Folks would do well to consider this a goofy sideshow until Obama sends the same letter to Priorities USA.”