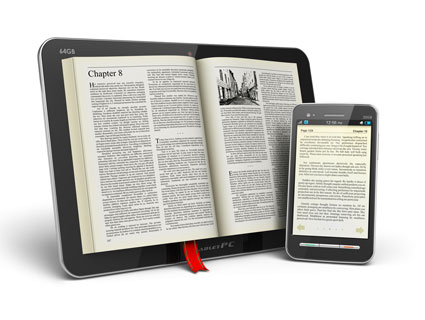 In 1987, the Federal Bureau of Investigation approached Columbia University librarian Paula Kaufman with a request: Keep an eye out for commies.

She refused to cooperate with the bureau’s “library awareness” program and her defiance helped spark a nationwide backlash against government snooping into Americans’ reading habits. Even knowing the government might be watching, people realized, could change what you choose to read—and in turn alter what you think. As a result of similar incidents that occurred over the years, 48 states now have laws on the books protecting library records, and the other two have legal directives in place that uphold similar standards. (The protections vary from state to state.)

Today Americans read books on Kindles, Nooks, and iPads. But it’s a lot easier for the government to see what you’re looking at on your e-reader than to find out what you’re checking out from the library. The authorities don’t necessarily need a warrant to ask private companies that sell or lend e-books, such as Google and Amazon, to hand over private information about reader habits, from the books we buy to the digital notes we make in the margins.

Digital devices “keep much more granular track of what you’re reading, what you’ve read, what you’ve browsed, and what you might be reading but haven’t yet,” explains Cindy Cohn of the Electronic Frontier Foundation (EFF). Cohn has created a detailed chart that shows how different providers of e-books handle your private information. It’s impossible to know how often law enforcement has requested reader records, because the companies themselves don’t disclose this and neither does the government.

We do know that the government is interested in what we read. Before 9/11, an independent Colorado bookstore battled all the way to the state Supreme Court to avoid disclosing a purchase by a customer the police suspected of manufacturing drugs (the book turned out to be on Japanese calligraphy). Amazon, Barnes and Noble, and the now-defunct Borders similarly fought attempts by police departments to obtain their customer records. In 2004, the FBI tried to force a small-town library to disclose who borrowed a biography of Osama bin Laden.

Only one state, California, has sought to bring reader privacy into the digital age. Last year, civil liberties groups including the ACLU and EFF, along with Google and other e-book providers, successfully persuaded California legislators to pass a law that forces state authorities to seek a warrant, along with proof that less intrusive methods have been exhausted, before acquiring reader records. The California law also requires companies to report how often law enforcement agencies request information on what customers are reading, which means that for the first time the public will be able to get an idea of how often this actually happens.

“We wanted to enact a law to make sure that readers of all sorts had the kind of protections readers have traditionally enjoyed,” says Chris Conley of the ACLU of Northern California. “It’s important not just in the privacy sense, but also from the First Amendment freedom of expression sense. If people aren’t free to read, if they feel like what they read can be watched or monitored or used against them, that really hinders communication.”

The privacy implications go beyond e-books. Most digital information that you might assume is private, from the contents of your email drafts folder to your online photo account, can be far more easily acquired by the authorities than, say, an unfinished letter in your desk at home or a photo album tucked in your closet. That’s because the law that governs digital records dates back to the infancy of email, when no one imagined how much of people’s lives would be stored online, in the hands of third parties. Former CIA Director David Petraeus learned this the hard way. The FBI reportedly discovered his affair with his biographer Paula Broadwell in part by searching the drafts folder of an email account the two were sharing. Sen. Patrick Leahy (D-Vt.) has proposed a bill that would force the feds to treat online records the same way they do the ones in your home.

That bill will only apply to federal law enforcement. Most requests for online records, though, come from local law enforcement authorities. Which means that until other states and the federal government catch up to California, you may want to avoid buying an e-reader as a Christmas or Hanukkah gift for that civil liberties-conscious cousin of yours.

Cohn says that many Americans remain in the dark about how much of their private e-information is a veritable open book to the government: “It’s going to take a few more Petraeuses before people understand what the world of ubiquitous surveillance means for them.”