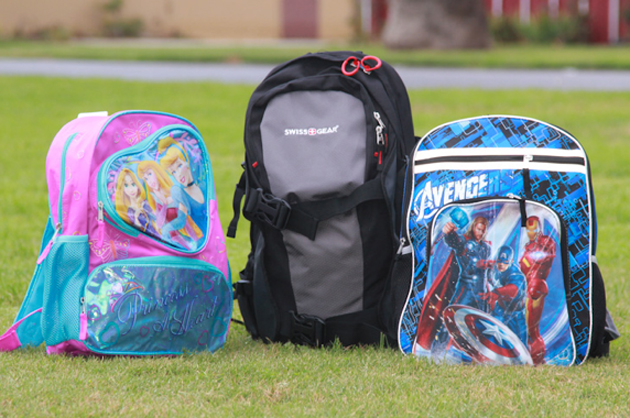 A bullet-proof Disney Princess backpack from Amendment II retails for $300, plus shipping.Amendment II

“Basically, there’s three models,” says Derek Williams. “A SwissGear that’s made for teens, and we’ve got an Avengers and a Disney Princess backpack for little kids.”

Williams is the president of Amendment II, a Salt Lake City-based company that manufactures lightweight body armor for law enforcement and military use. But lately they’ve moved into a different market: body armor for kids. Six months ago, Amendment II introduced a new line of backpacks, built with the company’s signature carbon nanotube armor, designed to keep kids safe in the event of school shootings. Since Friday’s massacre at a Newtown, Connecticut, elementary school, sales have gone through the roof. “I can’t go into exact sales numbers, but basically we tripled our sales volume of backpacks that we typically do in a month—in one week,” Williams says.

With thoughts of defenseless children seared into the national consciousness, the company doesn’t plan on letting the crisis go to waste. “We want to be sensitive to how we do that, but we are gonna try to get the word out that this product does exist that there are ways to at least provide our children with some protection,” Williams says.

It’s not like they’d have to change much. The group’s promotional materials play up the utility of RynoHide armor in kid-friendly settings. Here’s what the group’s booth looked like at the Self-Reliance Expo in Mesa, Arizona, one of the nation’s largest prepper roadshows: 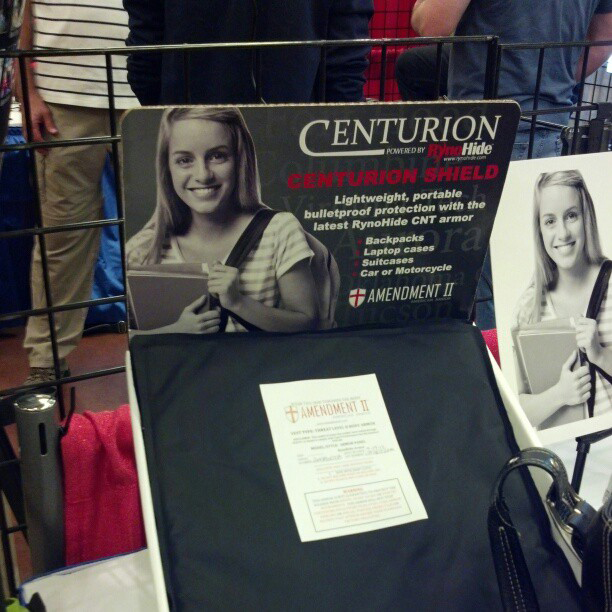 The Centurion Shield RynoHide backpack-insert goes for $199—$100 less than the armored Disney Princesses backpack. So why would you pay the extra Benjamin? As Williams explains it, “With kids, you never know when they’re gonna take something out of their backpack and not put it back in.”

Amendment II isn’t the only company that has realized that, with the epidemic of school violence, there’s money to be made in marketing kid-friendly body armor. At least a half-dozen companies hawk variations of the armored backpack, many of which explicitly play to fears of another Columbine. “My Child’s Pack,” from the Massachusetts company Bullet Blocker, goes for $224.99 (it’s currently on sale for the holidays). Here’s the main image on the front page of the Bullet Blocker website, last updated on December 17: 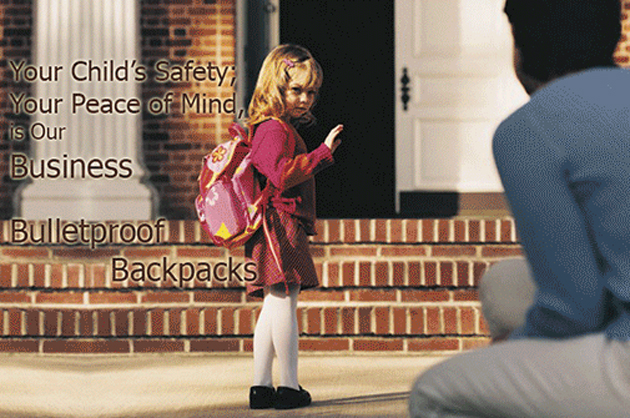 Per the product description, the satchel was “designed as a tool for school safety following the shootings at Columbine and Virginia Tech. It has no tags or labels indicating that it is a bulletproof backpack with a discreet layer of NIJ IIIA ballistic protection made of the same materials used in police armor vests. The BulletBlocker NIJ IIIA panel located in the main compartment. This is a good looking, unisex backpack available in assorted colors, with compartments for easy organization. School safety and protection at your children’s fingertips.”

Or, for just $10 more, you can pick up a LaRue Tactical Backpack Shield BP3A Level IIIA Ballistic Platem, which fits inside regularly-sized book bags: 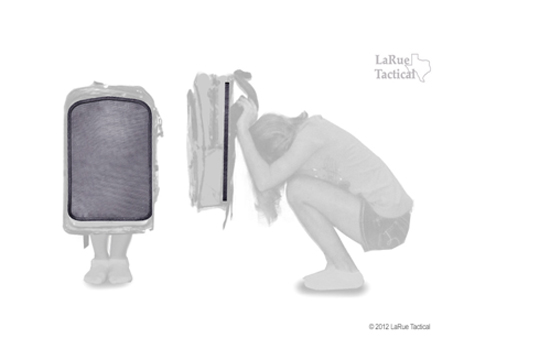 “Whether you’re a college student, doctor, lawyer, business traveler, or concerned parent…an extra level of precaution might help safeguard your (or your loved one’s) life in the event of an ‘Active Shooter’ situation” the company explains. “While you can not control when gun-related violence happens, you can choose to do something to improve your odds of survival.”

The company also offers a “bullet resistant” backpack for $349.99. The pitch: “If you already have a laptop bag, you can just buy the panel and insert it yourself. Get these for your whole family! Be safe, GET TACTICAL ARMOR TO WEAR for safety and protection!!!”

The company adds, “No more victims of school shootings!”

And then there’s the Rapid Armor Deployment Pack (R.A.D.) from Ares Armor ($284.95). “It’s a plate carrier disguised as a bookbag/backpack,” writes a Military Times reviewer. “It looks like it might fit someone’s mission profile out there. Heck, if your local public school has metal detectors, get one for the kids.” Per the company, “If your enemy brings a gun to the fight, One up him with a full armor system and a weapon of your own.” It’s so cutting-edge the company won’t even show a photo of it: 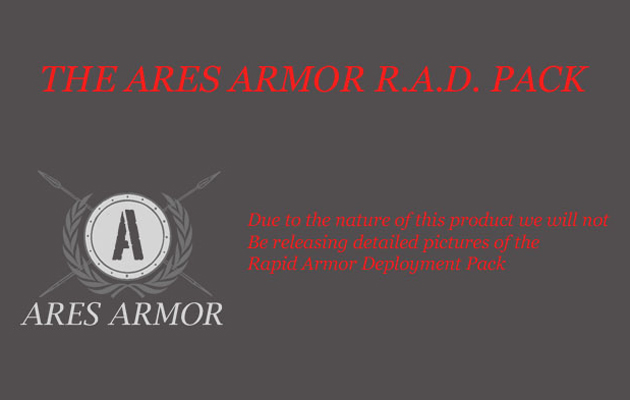 But here’s a video of the R.A.D. Pack in action:

If you’re looking for an even higher level of protection, you’ve still got options—but you’ll have to ante up. Amendment II, for instance, offers the Centurion tactical vest, light-weight and durable, for $499: 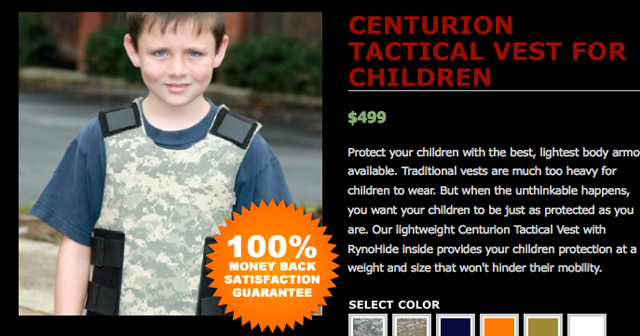 But as Williams notes, this product isn’t generally recommended for everyday school use. “It’s more you want to take your kids to the range, take them out hunting with you, that kind of stuff,” he says.

“Or, you know, a lot of people buy body armor for the breakdown of society and government.”