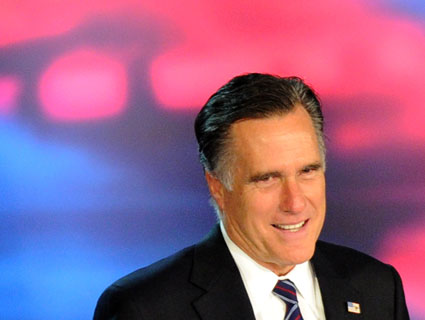 Here’s another honor for Mitt Romney: He is responsible for the most notable quote of the year, according to the editor of the Yale Book of Quotations. The failed presidential candidate topped the list with his now very infamous “47 percent” remarks. Fred Shapiro, who compiles the annual list of the most significant utterances from the previous 12 months, selects quotes that “are famous, important or revealing of the spirit of the times, not necessarily ones that are the most eloquent or admirable,” Associated Press reported. And Romney, with his 47 percent rant, beat out himself for the No. 1 spot. His “binders full of women” comment placed second on Shapiro’s rundown. Below is the full list:

1. “There are 47 percent of the people who will vote for the president no matter what…who are dependent upon government, who believe that they are victims. …These are people who pay no income tax. …and so my job is not to worry about those people. I’ll never convince them that they should take personal responsibility and care for their lives.”

2. “We took a concerted effort to go out and find women who had backgrounds that could be qualified to become members of our cabinet (in Massachusetts). I went to a number of women’s groups and said, ‘Can you help us find folks?’ and they brought us whole binders full of women.”

3. “If you were successful, somebody along the line gave you some help. There was a great teacher somewhere in your life. Somebody helped to create this unbelievable American system that we have that allowed you to thrive. Somebody invested in roads and bridges. If you’ve got a business—you didn’t build that.”

5. “You mentioned the Navy, for example, and that we have fewer ships than we did in 1916. Well, Governor, we also have fewer horses and bayonets because the nature of our military has changed. We have these things called aircraft carriers where planes land on them. We have these ships that go underwater, nuclear submarines.”

6. “If it’s a legitimate rape, the female body has ways to try to shut that whole thing down.”

7. “You hit a reset button for the fall campaign; everything changes. It’s almost like an Etch-a-Sketch. You can kind of shake it up and we start all over again.”

8. “I’m an honorary consul general, so I have inviolability.”

—Socialite Jill Kelley, telephone call to a 911 dispatcher, Tampa, Fla., Nov. 11, about media crews that came to her home as news broke of her involvement in the scandal over the resignation of CIA director David Petraeus

10. (tie) “Under current law, on January 1st, 2013, there is going to be a massive fiscal cliff of large spending cuts and tax increases.”

10. (tie) “I have a job to do. …If you think right now I give a damn about presidential politics, then you don’t know me.”