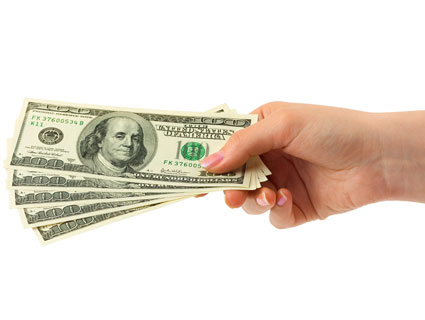 A pack of millionaires descended on Washington, DC, Wednesday to tell Congress to take more of their money. The Patriotic Millionaires for Fiscal Strength, a group formed in 2010 to push Obama to allow the Bush tax cuts on millionaires to expire, are back, and lobbying for the same thing as Congress faces the looming fiscal cliff.

A dozen or so 1-percenters, representing the group’s total membership of about 200, are meeting with lawmakers on both sides of the aisle this week to deliver the message that “we care as much about our country as we do about our money,” and that any budget agreement Congress cobbles together in the coming weeks should include fat taxes on the rich.

At a press conference to kick off the campaign Wednesday, Frank Patitucci, CEO of NuCompass Mobility, explained why the group is seemingly advocating against its own interests. “We believe we’ve been able to achieve our circumstance in life because of the vibrancy of the American system we live under,” he said. “Right now we’re in danger of losing some of what has been valuable to us.” He noted that Americans like him often pay lower tax rates than, say a middle-income single mom with two kids. “We’re losing the opportunity to achieve the American dream the way we have.”

Garrett Gruener, a venture capitalist and entrepreneur from Oakland, California, laid out the specifics of their demands: allow top tax rates to return to Clinton-era rates of 39.6 percent, and create a new tax bracket for those who make over $10 million; let taxes on capital gains return to Clinton-era levels of between 20 and 28 percent; tax dividends at the same rate as ordinary income; bring back a hefty estate tax; and limit itemized deductions for the wealthiest Americans.

The millionaires are quick to point out that they are not just a bunch of bleeding-heart libs. They’re a coalition of Democrats, Republicans, and independents who see upping taxes on the rich as a practicality, not charity.

“I’m acting out of selfishness,” said Woody Kaplan, a businessman from Boston (who incidentally voted for Gary Johnson for president). “With every business I’ve owned, customers have been terribly important. If we give the middle class a break, then we’re much more likely to grow the middle class, and that will make all of us stronger.”

That sounds nice, but what about all that GOP grumbling that higher taxes on the rich will curb job creation? Balderdash, says Gruener. “Their theory is by reducing my tax rates, I’ll do more to create jobs. It just isn’t true. If I thought they were right about that I’d be on their side of this negotiation. But my own experience as a venture capitalist is that this sort of investment they’re talking about, in fact, has nothing to do with marginal tax rates.”

T.J. Zlotnitsky, chairman and CEO of iControl Systems, agreed. “When it’s time for my company to hire someone, I don’t make a decision based on my personal tax rate. It’s based on what my customers need. It’s whether we see a new opportunity, a new concept.”

The Patriotic Millionaires are meeting with nine Dems and three Republican legislators over two days. When asked how exactly they planned to convince the GOP to include the millionaires’ plan in a budget compromise, Zlotnitsky appeared almost offended by the idea that their proposal was partisan. “There’s an assumption that everyone here is of one political persuasion,” he said. “I don’t think it’s about that. I think it’s about putting Americans first. Putting country ahead of our party. The message is that people who are fortunate in this country such as ourselves are prepared to do more for our country. Now it’s up to [the GOP] to be patriotic as well.”