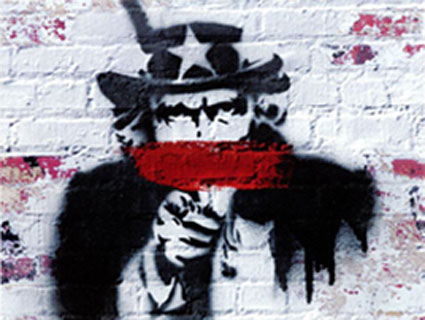 Oliver Stone has made some of the best movies of the past three decades. With Salvador, Platoon, and Wall Street, he helped shape the cultural history of the 1970s and 1980s. Now, he’s trying to influence the national security history of postwar America. His 10-part documentary, The Untold History of the United States, begins tonight on Showtime (an hour before Homeland!). It’s notable that a major network—okay, a major cable network—is devoting 10 hours to an unabashedly left-of-center analysis of modern America that confronts many of the myths of the national security state that evolved after World War II. The 750-page book accompanying the documentary series—coauthored by Stone and American University professor Peter Kuznick—opens with an explicit note:

This book and the documentary film series it is based on challenge the basic narrative of U.S. history that most Americans have been taught. That popular and somewhat mythic view, carefully filtered through the prism of American altruism, benevolence, magnanimity, exceptionalism, and devotion to liberty and justice, is introduced in early childhood, reinforced through primary and secondary education, and retold so often that it becomes part of the air that Americans breath….[B]ut like the real air Americans breathe, it is ultimately harmful, noxious, polluted. It not only renders Americans incapable of understanding the way much of the rest of the world looks at the United States, it leaves them unable to act effectively to change the world for the better.

These are fighting words. And Stone and Kuznick are waging a battle. See Washington Post critic Ann Hornaday’s review:

“Oliver Stone’s Untold History of the United States” runs over 10 one-hour episodes, beginning in World War II and continuing through the Obama administration. With newsreel footage, copious research and Stone’s own understated narration, “Untold History” revisits familiar events, but through an unapologetically leftist lens. While “Untold History” is grounded in indisputable fact, some of its contentions will certainly give conservatives and even moderate liberals pause, including its championing of [Henry] Wallace [FDR’s progressive-minded veep], who has been castigated in recent years for what critics see as an appeasing attitude toward Soviet leader Joseph Stalin and surrounding himself with communists.

No doubt, Stone and Kuznick knew that this project would be greeted by mainstream skepticism, for their task is to poke the conventionalists in the eye. (Their book chapter on President Ronald Reagan is appropriately and justifiably subtitled, “The Reagan Years: Death Squads for Democracy,” the one on President Barack Obama, “Managing a Wounded Empire.”) And the conventionalists won’t disappoint them. Take Alessandra Stanley of the New York Times:

The title alone is easy to scoff at. “Oliver Stone’s Untold History of the United States” sounds almost like a parody, a sendup of that filmmaker’s love of bombast and right-wing conspiracy. This documentary series, beginning Monday on Showtime, isn’t a joke, though some may find it laughable. It’s deadly serious but also straightforward: a 10-part indictment of the United States that doesn’t pretend to be evenhanded.

The series doesn’t focus extensively on many of the things the United States has done right, Mr. Stone and the historian Peter Kuznick write in the introduction to their similarly titled companion book. It is more concerned with focusing a spotlight on what America has done wrong.

Still, Stanley is forced to concede, “Along the way [Stone] raises some valid points, notably that Americans too easily overlook the Soviet contribution in waging and winning World War II.”

Stone’s film work has always demonstrated a skill-driven flair for drama and a gut-level desire to convey basic ideas about life, war, history, politics, and the media. So it’s no surprise a truly historical endeavor from Stone will rile up folks. And if doing so inspires any popular scrutiny of the nation’s most fundamental myths, he and Kuznick will be able to say: Mission accomplished.