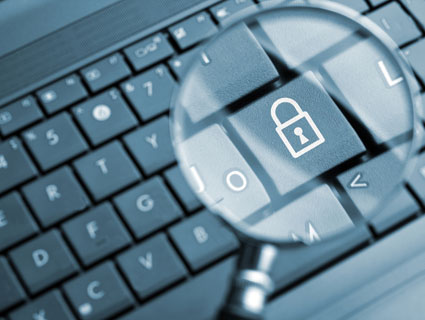 CIA Director David Petraeus, one of the most lauded military leaders of his generation, resigned last week after an FBI investigation into email harassment uncovered evidence of his affair with his biographer Paula Broadwell. Here’s why you should care: If the director of the CIA can’t keep his private life secret from the FBI, you can’t either.

It is easy for federal authorities to get access to your online activities. If you think the feds need a warrant to start looking at your email, you’re dead wrong. The Electronic Communications Privacy Act, the law governing online communications, was written in 1986. Congress wasn’t sure whether to treat email, then in its infancy, more like letters or phone calls. People used to download their email back then, so leaving your information on a company’s server meant the feds had to do less paperwork to access it. Now everyone’s information is stored online, but that archaic standard is still in place. 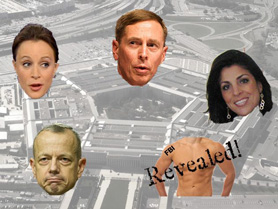 “Now everything is kept in the cloud on Google and Yahoo’s servers,” says Chris Calabrese, legislative counsel for the ACLU. “That quirk of the law has become hugely important for Americans’ privacy.” Once you’ve opened an email or your Facebook account, you’ve provided your personal information to a third party. The government can then ask that third party—Google, Yahoo, Facebook, Friendster, or whatever—for your information, and they don’t necessarily need a warrant. The Constitution protects you from unreasonable search and seizure by the government. It doesn’t stop third parties from sharing personal information you willingly give them. Likewise, there’s no warrant needed to acquire the IP addresses—unique identifiers that can usually be traced to specific geographical locations—of people accessing those email accounts. According to the Wall Street Journal, that’s exactly how the FBI figured out Broadwell was behind the allegedly harassing emails that sparked the investigation that uncovered the Petraeus affair.

That’s not all. All your emails that are more than six months old are legally treated as online “storage” and accessible with a court order or a subpoena to the online service provider. The providers can say no, but usually they don’t. By contrast, listening in on someone’s phone calls requires a warrant based on probable cause, along with a showing that the FBI has done everything else in their power to acquire the information they’re seeking. Now that many people communicate more frequently via email and instant messages than via phone conversations, the difference in standards doesn’t make much sense. Senator Patrick Leahy (D-Vt.) has proposed a bill that would subject requests for online communications to the same high standards required for tapping phones, but Congress doesn’t seem all that interested in passing it yet.

Broadwell and Petraeus reportedly tried to leave messages to each other in the draft folders of a shared email account, thinking they were covering their tracks. In fact, that meant that their communication was even less protected than back-and-forth emails between separate accounts would have been.

“Government treats those drafts, things that you just leave on Google servers without ever sending, as a remote computing service,” says Calabrese. “The law treats those draft emails the exact same way it treats your Google docs, [or] all your photos that you keep ‘private’ on Facebook.” Which is to say, it doesn’t treat them as particularly private at all: If you had a bunch of old letters in a worn shoebox under your bed, the FBI would need a warrant to get them. But if those same letters are online, in your password-protected email account, and they’re more than six months old, the FBI doesn’t need a warrant to take a peek. Reports suggest that the FBI did eventually obtain a warrant to monitor Broadwell’s email, but they could have uncovered an incredible amount of information without one. And that’s just with FBI powers pertaining to a criminal investigation. When suspected foreign agents are involved, the FBI gets a bonus set of surveillance powers to draw from.

The investigation that ultimately led to Petraeus stepping down from the CIA reportedly started with a family friend, Jill Kelley, complaining to another friend, an FBI agent, that she was receiving anonymous menacing emails (and it’s not at all clear they were that menacing) that turned out to be from Broadwell. That resulted in the FBI investigation that uncovered the affair. You might wonder how it got that far, given that no charges resulted from months of surveillance. An “assessment,” the lowest level of FBI inquiry, authorizes agents to request information from private entities even if there’s no direct evidence of a crime—for looking into the matter.

An FBI assessment is “a pretty broad authority to conduct investigative activity with no basis to believe anything has gone wrong,” explains Mike German, an ACLU policy counsel who spent years working for the FBI. On the other hand, German says, if the initial emails mentioned prominent government officials, “that is something that would weigh on a scale towards opening an investigation.” Those allegedly threatening emails could have allowed the FBI to open a “preliminary investigation,” which would have granted an even larger range of surveillance options, and would have given the bureau a renewable six months to snoop.

That’s how easy it is: An FBI inquiry, even with no evidence of criminal behavior, allows the feds to access reams of information on individual Americans because of archaic laws governing online privacy. An episode of alleged online harassment led to the feds uncovering uncomfortable details about someone’s personal life that ended his career even without criminal charges. Whether Petraeus’ behavior might have warranted resignation because he exposed himself to potential blackmail is a separate question—what his experience shows is that the feds can uncover the most intimate and embarrassing details of your private life without breaking a sweat.

“This just highlights how much information we’re revealing probably without knowing it,” Calabrese says. “Everyday we’re creating this enormous bread-crumb trail of records and it’s very easy for law enforcement to follow that when they want to, and the standards for what they can do with it and when they can access it are very low.”

Petraeus was about as close as a person can get to being a civic saint in the political press. But even Petraeus’ dramatic downfall hasn’t sparked congressional interest in whether the federal government’s surveillance powers are too expansive. Instead, the Republican Party is rubbing its hands together trying to find a way to tie Petraeus’ exit to the September 11 attack in Benghazi, and Democrats are scratching their heads.

Being the head of the CIA or a decorated war veteran didn’t entitle Petraeus to any more privacy than the average American. But if the ruin of someone as high-ranking and well-regarded as Petraeus can’t get Congress thinking about reining in the surveillance state, it may never happen.