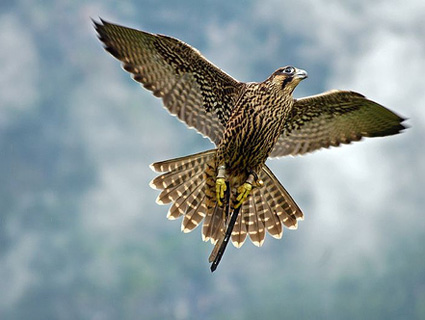 Climate-minded voters were pleased to see President Obama reelected on Tuesday, and to hear him call out “the destructive power of a warming planet” in his victory speech. But they also scored some notable wins in state houses and Congress this year. Here are five “climate hawks” that will take office in 2013.

1. Jay Inslee, Washington state’s new governor (most likely). Inslee, a Democrat, who has represented Washington in the House of Representatives since 1993, has long been a champion of renewable energy and sound environmental policies. In 2007 he coauthored the book Apollo’s Fire: Igniting America’s Clean Energy Economy, on that very subject. He was a member of the Select Committee on Energy Independence and Global Warming (back before the Republicans nixed it) and the co-chair of the House Sustainable Energy & Environment Coalition. He was also a key figure in shaping the climate bill that passed the House in 2009. As governor, he has pledged to continue that leadership.

2. Martin Heinrich, New Mexico’s next senator. Democrat Heinrich defeated Republican Heather Wilson in the race to succeed retiring Senator Jeff Bingaman. Heinrich authored the Clean Energy Promotion Act, a bill that would have expanded the number of renewable energy projects on public lands. (It didn’t pass, but it was a nice idea.) Before joining Congress he was a board member of the New Mexico Wilderness Alliance and was appointed to serve as the state’s Natural Resources Trustee, who oversees the assessment and protection of the state’s resources.

3. Angus King, Maine’s next senator. King, an independent, is drawing attention because he won’t say whether he plans to caucus with the Democrats or the Republicans. But environmental groups are certain that he will be a strong voice for climate action, based on his record as governor of Maine. After leaving office, he went into the wind energy business, building a 50-megawatt wind farm in Oxford County. He won endorsements from the League of Conservation Voters and the Sierra Club.

4. Pete Gallego, the next congressman from Texas’ 23rd District. Gallego, a Democrat, defeated Republican incumbent Quico Canseco in this very close House race that featured fights about Jesus and a rare, eyeless spider. An outside group sent a mailer to voters accusing Gallego of siding with “left-wing extremists” in the debate over protecting this spider’s habitat from the construction of a new highway. Gallego won the endorsement of the League of Conservation voters based on his record of, in his own words, promoting a “robust, environmentally-friendly economy.”

5. Carol Shea-Porter, the once-and future-congresswoman from New Hampshire’s 1st District. Shea-Porter served two terms in the House but lost her seat to Republican Frank Guinta in the tea-party surge of the 2010 election. She reclaimed it on Tuesday, rallying support with a poignant appeal for action on global warming: “If Americans want to fix this climate change problem, they will first need to fix Congress in November.”