In 2012, America landed an adorable robot on Mars, found oxygen around one of Saturn’s icy moons, and discovered a headless ladybug in Montana, among countless other achievements. A great year for science, right? That depends on whether you’re watching the 2012 election. This year, candidates for Congress are actively denying climate change, slashing science funding, and even disputing basic facts of human anatomy. Here are nine of the worst offenders: 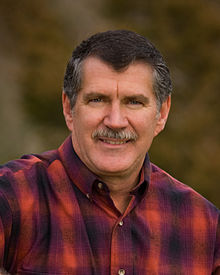 The race: Republican candidate for US Senate in Montana

Why he makes the list: Rehberg has been making Montana scientists cower in their cowboy boots since 2001. He calls climate change mitigation policies “unnecessary and economically destructive.” He’s voted twice against science and technology funding and also against stem cell research, according to Project Vote Smart. He also opposed AIDS funding in 1994, because, according to him, “The problem with AIDS is, you get it, you die, so why are we spending any money on people that get it[?]” He inexplicably doesn’t want to ban human cloning. 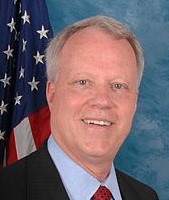 The race: Republican candidate for US Representative of Georgia’s 10th congressional district (incumbent)

Why he makes the list: It’s pretty easy to figure out where Broun stands on the whole evolution issue. He said recently that “all that stuff I was taught about evolution, embryology, Big Bang Theory—all that is lies straight from the pit of hell.” Broun also thinks there is a scientific plot to hide the true age of Earth, which he believes is “9,000 years old.” He serves on the House Committee on Science, Space, and Technology, but even Bill Nye “the Science Guy” says Broun is “unqualified to make decisions about science, space and technology.” 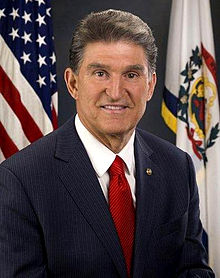 The race: Democrat candidate for US Senate in West Virginia (incumbent)

Why he makes the list: Manchin sort of believes in global warming: He told the Register Herald that “I don’t think all the evidence is in it—that it’s conclusive. That being said, there’s 6 billion people on this planet earth and we’re going to emit and we’re going to use more and we’re going to have an effect. Anyone that doesn’t believe that, I think would be disillusioned.” But does he actually support efforts to stop it? Not exactly:

The race: Republican candidate for US Senate in Indiana

Why he makes the list: Mourdock made the “most anti-science lawmakers” list long before he said that conception from rape is God’s will. Although the tea-party-backed candidate holds a master’s degree in geology from Ball State University in Indiana, he calls climate change “the greatest hoax of all time” and says basing energy policy off of it “is a threat to our national security.” At a news conference last week, he also told reporters, “I believe God controls the universe…I don’t believe biology works in an uncontrolled fashion.” 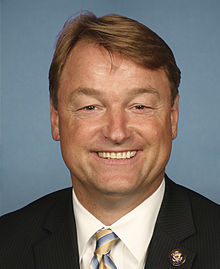 The race: Republican candidate for US Senate in Nevada (incumbent)

Why he makes the list: Apparently environmental issues don’t exist in Nevada: The “issues” section of Heller’s website makes no mention of them. But Heller’s voting record speaks louder than words: He’s voted against cap and trade, voted to bar the Environmental Protection Agency from regulating greenhouse gasses, and voted against tax credits for renewable energy, energy production, and renewable electricity. He does, however, support stem cell research. 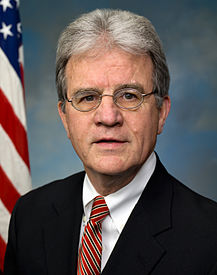 The race: Republican candidate running for US Senate in Oklahoma (incumbent)

Why he makes the list: Don’t be fooled by the “M.D.” after Coburn’s name: He authored a report last year attacking the National Science Foundation for funding “wasteful and controversial projects.” The diverse projects listed in the report seem only to have one thing in common: Coburn doesn’t like them. The studies include a well-known nature vs. nurture experiment, a citizen science program for urban youth to study birds, and the impact of YouTube on the 2008 election. 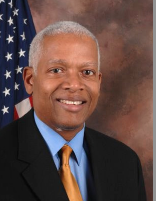 Why he makes the list: Johnson seems to have confused islands with sailboats. But at least he shows some concern about climate change: 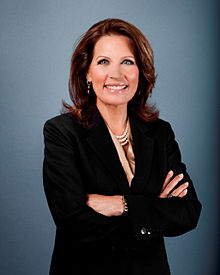 Why she makes the list: Bachmann is on the League of Conservation Voters’ list of the worst environmental offenders in Congress. She calls global warming “all voodoo, nonsense, hokum, a hoax” and dismisses climate change by saying “Carbon dioxide is natural. It occurs in Earth. It is a part of the regular lifecycle of Earth. In fact, life on planet Earth can’t even exist without carbon dioxide.” This of course, goes against the scientific consensus that higher atmospheric CO2 levels caused by human activity are causing climate change. 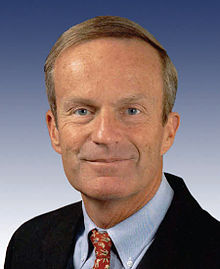 The race: Republican candidate running for US Senate in Missouri

Why he makes the list: Akin is famous for popularizing the term “legitimate rape.” In August, he said that women who are raped won’t get pregnant because “the female body has ways to try to shut that whole thing down.” (Akin also wants to ban the morning-after pill because he mistakenly believes it causes abortions.) Akin also has an unusual perspective on climate change. “In Missouri when we go from winter to spring, that’s a good climate change,” he said in 2009. “I don’t want to stop that climate change you know.” Despite confusing the change of seasons in Missouri with global climate change, Akin serves on the House Committee on Science, Space, and Technology with Broun.