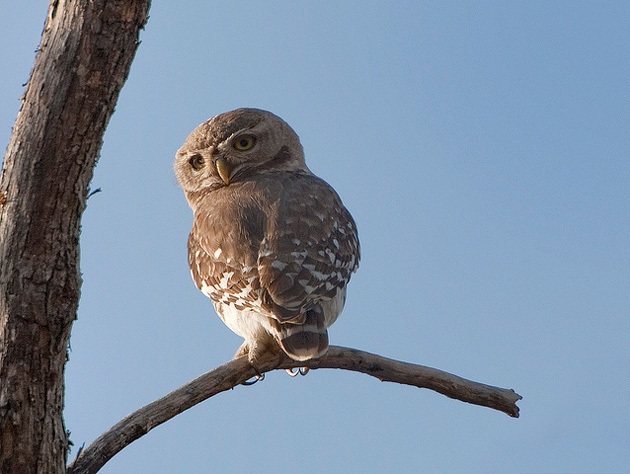 A global effort to prevent all future species extinctions would cost about $80 billion a year, or $11.42 annually from every person on the planet, according to a study published last week in Science.

The study, released in conjunction with the 11th meeting of the Convention on Biological Diversity (CBD) currently underway in Hyderabad, India, is intended to support goals and commitments to halting extinctions and preserving nature by the year 2020 that the world’s governments have agreed to under the convention.

More specifically, the study finds that lowering the extinction risk for all of the species that are currently known to be threatened would cost the first $4 billion per year. Protecting and managing key habitats would cost an additional $76.1 billion.

How did the study come to these conclusions? Well, it’s important to note that the two lead authors come from BirdLife International and the Royal Society for the Protection of Birds (RSPB), and they used birds as their key to unlocking some answers about protecting all species. (Other authors come from the United Nations Environment Programme, Princeton University, the World Wildlife Fund, the University of Cambridge, and a half-dozen additional organizations.)

According to the researchers, reducing the risk for all currently threatened bird species would cost between $880 million and $1.23 billion per year over the next decade. “Reducing the risk” refers to improving the status of all birds listed on the International Union for Conservation of Nature’s Red List of Threatened Species, meaning birds that are currently listed as “Critically Endangered” would recover enough to be listed as “Endangered,” while “Endangered” species would move toward the “Vulnerable” category. Using this as their base, along with other data on the costs to protect other species of animals and plants, the researchers estimated that improving the status of all currently known threatened species would cost between $3.41 billion and $4.76 billion annually.

“The total required is less than 20 percent of annual global consumer spending on soft drinks.”

For protecting habitats, the researchers looked at what BirdLife calls Important Bird Areas: 11,731 land and marine sites identified as important to the preservation of biodiversity around the world. They say that effectively managing the 28 percent of those sites that are currently protected would cost $7.2 billion a year, and protecting the additional sites would cost $50.6 billion. The next task was to extrapolate this to protect all important sites for maintaining biodiversity. But according to BirdLife, 71 percent of the sites necessary to protect all other species are already Important Bird Areas. Using this as their model, the researchers came up with their final $76.1 billion per annum total to protect all of the world’s important nature sites and the species that depend on them.

In a prepared release, Donal McCarthy, an environmental economist at both BirdLife and the RSPB, says getting this money wouldn’t exactly be a sacrifice to the world economy: “The total required is less than 20 percent of annual global consumer spending on soft drinks.” He told the BBC that bankers earned twice this amount in bonuses just last year.

In support of this paper, BirdLife released a new report (PDF) on October 12 that argues birds can be used to create strategic action plans to achieve 18 of the CBD’s 20 “Aichi Biodiversity Targets” (so called because they were established at the CBD’s last meeting, in Aichi, Japan), which must be met by 2010. According to the report, birds “are better known than any other comparable group of organisms. There is unparalleled information on which species are the closest to extinction, the threats they face, actions needed, and critical sites that need safeguarding. These data can help to focus and target actions to tackle biodiversity loss.” BirdLife says birds can be used by nations around the world to track progress in public awareness of biodiversity, habitat loss, sustainable fishing, pollution, climate change, and a host of other goals under the Aichi targets.

Of course, times are tough around the world. Governments are strapped for cash, bankers aren’t going to give up their bonuses and most consumers won’t skip a couple of six-packs of soft drinks every year to prevent extinctions, but these are definitely numbers that will help people to think about the costs and benefits of preserving nature. Let’s just hope that they don’t spend too much time thinking: Another paper coauthored by BirdLife researchers and published October 8 in PLoS One concludes that the rate of bird extinctions is rising at an “alarming” rate. For many species on the edge, time is of the essence.