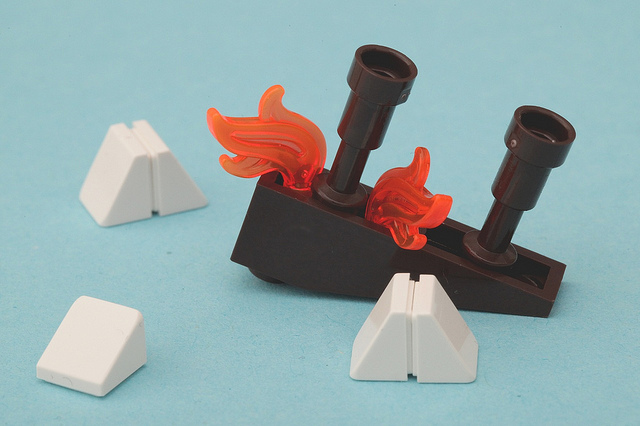 Bob McDonnell had some harsh words for President Obama after Monday night’s debate. The Republican Virginia governor, who’s been stumping for Mitt Romney, was fuming mad after Obama knocked Romney’s misleading lament that the Navy had fewer ships than in 1916. (“We also have fewer horses and bayonets, because the nature of our military’s changed,” the president retorted.)

That didn’t sit well with McDonnell, whose state coffers rely on a federal military presence—including largest naval base in the world:

President Obama’s comment about ‘horses and bayonets’ was an insult to every sailor who has put his or her life on the line for our country.

McDonnell repeated the charge verbatim in a statement released through the Romney campaign the next morning, then doubled down on it in an uncomfortable interview with Anderson Cooper Tuesday night. It’s poppycock, though: Sailors generally agree with Obama on the silliness of counting dreadnoughts versus nuclear-powered aircraft carriers. “Navy officials argue that just one or two of the Navy’s modern destroyers and submarines could take out the entire 1916 fleet with ease,” the Wall Street Journal‘s Julian Barnes reported Tuesday.

There’s more: Despite touting his own past experience as an Army medical supply officer, McDonnell has often run afoul of the sea service in his short tenure. Here are five McDonnell policies that left some sailors fuming:

1) Cheerleading offshore drilling, complicating the Navy’s critical operations. Back in 2010, McDonnell pushed hard to get leasing permits for oil rigs off the Virginia coast. The DOD quickly pushed back, releasing a report that concluded “drilling would interfere with military activities,” including Navy fleet transit and SEAL training, “in 72 percent of the 3 million acres covered by the lease sale.” The Obama adminstration ultimately refused to lease the land to McDonnell… but Romney and Virginia Senate candidate George Allen have both vowed to drill, drill, drill in the Navy’s stomping grounds if elected.

2) Ignoring climate change… and rising tide lines. In a 2010 study, Navy leadership issued a report stating that “climate change is a national security challenge with strategic implications for the Navy,” and adding that “climate change is affecting, and will continue to affect, U.S. military installations worldwide.” Despite subsequent warnings from the service and the fact that sea levels have already risen 14.5 inches at Norfolk Naval Station, the world’s largest naval base, since 1930, McDonnell has largely pretended that climate change doesn’t exist and allowed his attorney general to persecute top climate scientist Michael Mann. The Natural Resources Defense Council names Virginia as “largely unprepared and lagging behind” other states in climate preparation, despite the Navy’s need for safe harbors… and the concentration of military families living in the tidal zone.

3) Snubbing gay and lesbian service members. Whether it was criticizing “cohabitators, homosexuals, or fornicators” in his master’s thesis at an evangelical college, dismissing the repeal of Don’t Ask Don’t Tell as unimportant “legislation to change military policy in the middle of a war,” or brushing off a lesbian naval officer who had respectfully asked to address McDonnell’s RNC platform committee on the injustices of DOMA, the governor has signaled an indifference toward some of Virginia’s sailors (and their loved ones).

4) Flip-flopping on sequestration and automatic military cuts. Tuesday night on CNN, McDonnell blamed President Obama for impending sequestration of the military budget, calling the automatic cuts “crippling to the US Navy” and suggesting that “the president should have led” by offering an alternative. But when Obama sought a routine rise in the nation’s debt ceiling last year, an “exasperated” McDonnell was one of the first Republicans to scream that there should be no deal without deep budget cuts. Just last month, Politifact noted that “Gov. Bob McDonnell—a Republican and longtime military man—supported the debt limit deal in 2011 and recently reaffirmed his position in an Aug. 15 speech to the General Assembly’s money committees.”

5) Supporting scammers of veterans. In 2009, an obscure “charity” called the US Navy Veterans Association gave $67,500 to Virginia politicians’ campaigns, including $5,000 to McDonnell and $55,500 to his eventual attorney general. The following year, the governor signed a bill that released the USNVA from Virginia requirements to register before soliciting funds from residents. But the USNVA, a multi-million-dollar criminal front for a grifter wanted by the FBI since 1987 for fraud, took cash from unwitting veteran donors and ran with it. McDonnell had been warned beforehand, but signed the law anyway. It’s still on the books, even though the charity scammer is in jail. Virginia-based sailors might think twice before donating to “Navy” charities again.