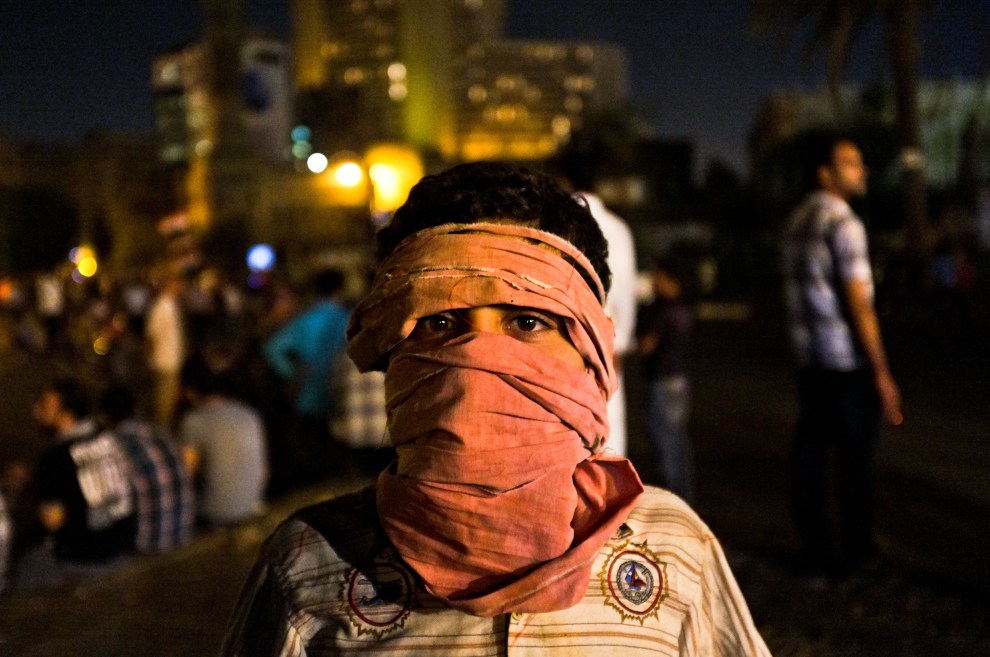 On Tuesday, September 11, clashes erupted at the United States embassy in Cairo and a US consulate in Benghazi, Libya. The incident in Libya was much more deadly, bearing the hallmarks of a deliberate, coordinated attack. Fighters armed with guns and rocket-propelled grenades attacked the consulate, leading to the deaths of four American personnel—including the US ambassador to Libya, J. Christopher Stevens. In Cairo, an outer wall of the embassy was breached, but no Americans were harmed. However, protests at the Cairo embassy have continued into Thursday; according to CNN, Egyptian police have fired tear gas at protesters who threw rocks and Molotov cocktails. There were also calls for protests at the US embassies in Tunisia and Algeria. The LA Times reported Thursday that protesters breached the security perimeter at the US embassy in Sana’a, Yemen, before being turned back by local security forces.

Keep reading for the rest of our primer, or jump to our recent updates:

Why is this happening?

Media reports have speculated that the catalyst for the protests was a YouTube trailer for a poorly produced film that portrayed Islam and its prophet Muhammad in a negative light. Another possible explanation is that local political forces are jockeying for power and influence by manipulating anti-American sentiment. The incidents may also have different origins—although fundamentalist Muslim groups had been planning protests at the US embassy in Cairo for weeks, US officials have told various media outlets that in Libya, protests sparked by the video may have been cover for a planned armed assault on the facility.

How could an American ambassador have been killed? What happened to security?

Though US officials have said he doesn’t appear to have been targeted specifically, Stevens was the first American ambassador killed in service since Adolph Dubs was kidnapped and shot in Afghanistan in 1979. The facility in Benghazi was a consulate, not an embassy, and possessed few of the security features that a modern embassy would have. “That means it had no bulletproof glass, reinforced doors, or other features common to embassies,” a US official told Politico. The consulate also did not have the Marine guards typical of full-scale American embassies. Libyan security forces were reportedly outnumbered and overwhelmed by the militants. However, Libyan Interior Minister Wanis al-Sharef told CBS News that government security forces might have tipped off the militants to a second building where American personnel had hidden after fleeing the compound.

How have the countries responded?

The attack in Libya was more deadly, and the Libyan government has been much more forceful than Egypt’s rulers in its condemnations of the incident. On Wednesday, Libyans openly protested against those who carried out the attack. In Egypt condemnations from came late, as President Mohamed Morsi, a member of the Muslim Brotherhood’s Freedom and Justice Party, waited until Thursday to criticize the breach of the US embassy compound in Cairo. He did so only after President Barack Obama described the Egyptian government thusly to Spanish-language network Telemundo in an interview: “I don’t think that we would consider them an ally, but we don’t consider them an enemy.” The attack in Benghazi appears to be the work of an extremist fringe, whereas in Egypt and elsewhere the protests may be more reflective of popular sentiment. The United States also has a better relationship with Libya’s more moderate government than it has with the Islamist civilian leadership in Egypt.

What’s up with this video, anyway?

None of the actors in the extremely amateurish production appear to have known of the intent behind it. Most of the cast and crew say they believed they were participating in a film called Desert Warriors and had no idea it was meant to be an inflammatory anti-Islam diatribe, telling CNN in a letter that they “were grossly misled about its intent and purpose.” The man behind the film, who identified himself as “Sam Bacile, claimed to be an Israeli Jew who raised the money for the film from “100 Jewish donors” for the purpose of showing that “Islam is a cancer.” However, “Bacile,” the Associated Press reported Wednesday, has a phone number that is traced to an address belonging to Nakoula Basseley Nakoula, a Coptic Christian from California who said he participated in the making of the film because he was concerned about the persecution of Christians in Egypt.

What is the United States doing?

A contingent of elite US Marines was sent to the US embassy in Tripoli, Libya’s capital, Wednesday; two US destroyers have also been dispatched to the waters off Tripoli. CBS News reports that a team of FBI investigators has been sent to sift through evidence at the destroyed consulate in Benghazi. Obama has promised to bring the “killers to justice,” though it’s unclear for now what the administration plans to do about the protests swelling elsewhere in the region.

UPDATE: 8:26 AM PST, Friday, September 13: Protests escalate across the region The New York Times reports that the Libya attacks came in two parts, “the first one spontaneous and the second highly organized and possibly aided by anti-American infiltrators of Libya’s young government.” Meanwhile, protests have escalated across the region: The Toronto Star also reports that rioters have breached the US Embassy compound in Tunisia “breaking windows and setting fires,” as well as taking down the American flag and replacing it with a black one, according to CNN. Another elite group of Marines has been sent to reinforce the US embassy in Yemen, along with the one that was sent to the US embassy in Libya.

The German embassy in the Sudan was also attacked. Demonstrators set fire to the embassy and raised a black flag that, at least based on the description given by Reuters, superficially resembles one used by extremist groups like al Qaeda in Iraq. There have been reports of black flags at other protests as well. The German embassy appears to have been targeted over “allowing a protest last month by right-wing activists carrying a caricatures of the Prophet Mohammad and for Chancellor Angela Merkel giving an award in 2010 to a Danish cartoonist who depicted the Prophet in 2005.”

The Atlantic Wire has created a fantastic Google map showing how many protests are occuring and where:

Voice of America is reporting that there has been gunfire near the US embassy in Khartoum, while in Lebanon Reuters reports that “one demonstrator was killed and two others were wounded in clashes with security forces” in protests coinciding with a visit from the Pope. Christians make up a large percentage of Lebanon’s population.

UPDATE 2: 11:00 AM PST Friday, September 13: Obama administration asks YouTube for a solid In a move that may anger civil liberties groups, the LA Times reports that the administration asked YouTube to review whether the anti-Islam video that appears to have been a catalyst for the protests violates the websites’ terms of service. YouTube refused.  Meanwhile, the man who appears to be the filmmaker, Egyptian born Coptic Christian Nakoula Basseley Nakoula, NBC News reports, has a history of trouble with the law that includes drug offenses and financial crimes, and his activities may have violated the terms of his probation.