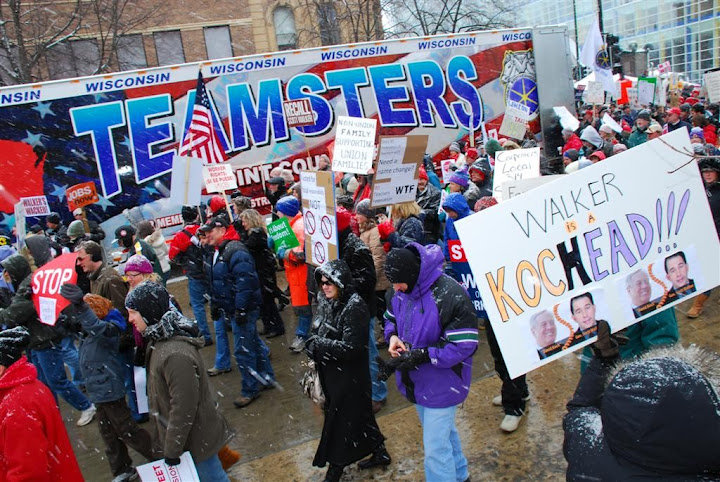 Liberal super-PAC Patriot Majority is taking the fight to Charles and David Koch, the billionaire industrialists and conservative political giants, in the state that helped make the Kochs the bogeymen of the left: Wisconsin.

Patriot Majority is spending a half-million dollars for two weeks’ worth of TV, radio, and internet ads in Wisconsin and also Iowa, slamming the Kochs and “their special interest friends” for spending hundreds of millions of dollars to “buy this year’s elections.” Patriot Majority’s Wisconsin ad says the Kochs and their allies want to elect lawmakers who will slash taxes on the rich and cut school funding—parts of what the super-PAC calls the “Greed Agenda.”

Patriot Majority launched its “Stop the Greed Agenda” campaign in August to push back against the influence of wealthy conservative donors. The super-PAC picked Charles and David Koch as its first targets; future targets might include casino tycoon Sheldon Adelson, who’s spent more than $60 million this election to elect GOPers this election cycle. In response, Koch Industries spokesman Phillip Ellender criticized Patriot Majority for seeking to “attack and demonize private citizens and job creators who disagree with them on the direction this country is going.”

Wisconsin is especially fertile ground for ads about the Kochs. In February 2011, a prankster pretending to be David Koch tricked Wisconsin Gov. Scott Walker—who had previously never met Koch—into a 20-minute conversation in which Walker bragged of having “dropped the bomb” on organized labor with his controversial anti-union budget bill, and discussed planting provocateurs among protesting union members. Protesters outside and inside the Wisconsin state capital responded with signs saying “Walker Sucks Koch,” calling him a “Kochead,” and depicting him as a puppet of Koch Industries.

The Kochs and their company, meanwhile, have lent Walker plenty of financial and political support. Koch Industries’ political action committee was Walker’s number two donor in his 2010 gubernatorial election, and Americans for Prosperity, the nonprofit founded and funded by David Koch, spent almost $10 million to help Walker win his recall election this spring.