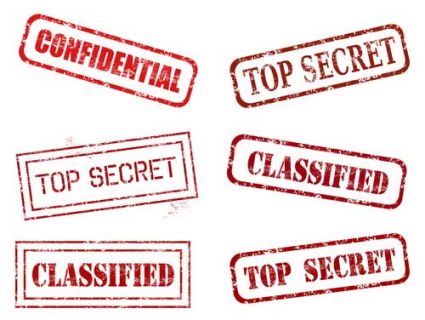 Accusations continue to fly from lawmakers and presidential hopeful Mitt Romney that the Obama administration has leaked national security information for political gain. Leaks, of course, are nothing new in Washington, but now the Senate has jumped into the fray, with a new proposal to tighten control over the flow of information between intelligence agencies and the press.

This summer the Justice Department opened two investigations into leaks about a foiled terror plot and US cyberattacks against Iran. But leak prosecutions haven’t always proved easy. As we’ve explained before, there’s no single law criminalizing the disclosure of classified information. National security leaks are sometimes prosecuted under the Espionage Act, which has been used a record six times under Obama, but there is perennial debate over whether to introduce more stringent laws against leaks.

Last Monday, the Senate Select Committee on Intelligence filed new anti-leak legislation. The bill wouldn’t amend the Espionage Act, or make any blanket criminal penalty for leaks. But it does include several provisions that could stymie reporting on national security.

One provision would require intelligence employees to report all contact with the media. This goes farther than most existing policies; a standard intelligence polygraph question asks whether employees have leaked classified information, but not about any media contact. The measure also doesn’t define “media,” or “contact”—does a blogger, or think tank, count?

Prospects for the anti-leak provisions aren’t clear. Previous attempts to pass anti-leak legislation over the past decade have failed, usually faltering on concerns about whistleblower protections and press freedom. Sen. Dianne Feinstein (D-Calif.), who chairs the intelligence committee and helped author the proposed measures, told Politico that she would be open to revising the bill.

Other language in the bill states that only a director, deputy director, or designated public affairs staff of an intelligence agency “may provide background or off-the-record information on intelligence activities” to the media. As the Washington Post noted, that would make standard background intelligence briefings on unclassified information by CIA and other analysts illegal. (Intelligence employees could still give authorized, on-the-record interviews, but those, of course, are rare because those employees usually need to protect their identities).

Tom Devine, legal director for the Government Accountability Project, said that those two provisions amounted to “a gag order on unclassified information,” which could violate whistleblower and free speech protections.

Gregg Leslie, the interim director of the Reporters Committee for Freedom of the Press, says that the restrictions would hamper reporting on sensitive issues, but not because they stem leaks. “It’s not all about getting a scoop on some hot story, it’s about getting the facts straight,” he said. “You need to be able to bounce your ideas, your theories, your tips from a million sources, off of someone in the government who knows what’s right.” The Reporters Committee supports other media groups who filed a memo opposing the bill.

Another provision of the bill asks the attorney general to consider changes to the Justice Department’s leak investigations, including its policy of only rarely subpoenaing journalists because of the First Amendment implications.

The Senate bill focuses almost exclusively on the intelligence community. It mostly doesn’t cover the White House, most of the State Department, much of the Pentagon, and congressional aides with security clearance.

The measures would also require the Director of National Intelligence, who oversees the 17-agency “intelligence community,” to set up new procedures for reporting leaks, and to specify internal punishments. Even if a leaker was not subject to criminal prosecution, they could lose their federal pensions, and if the information they disclosed was about a covert action, their security clearance would be permanently revoked.

Some of that overlaps with existing agency policies—government employees and contractors with security clearance already usually have to sign nondisclosure agreements, and in June, the Director of National Intelligence introduced his own beefed-up anti-leak measures.

But Sen. Ron Wyden (D-Ore.), who cast the sole vote against the bill in committee, wrote in a commentary that he was concerned about the bill’s implications for whistleblowers. The provision that someone could lose their pension if they were “determined” to have leaked, Wyden wrote, is vague and could potentially be used to retaliate against whistleblowers.

The bill also describes the seemingly paradoxical official leak, or “authorized disclosure.” Officials would be required to notify Congress of any disclosure of classified information to the media or others. The report must specify why the disclosure was authorized, and whether the information was specifically declassified for disclosure or if it remained classified.

It’s not clear what Congress could do if they believed that an “authorized disclosure” was wrongfully disclosed. Spokespeople for Sens. Feinstein and Saxby Chambliss (R-Ga.), vice-chairman of the intelligence committee, did not respond to requests for further comment on the bill. Responding in Politico to criticisms of the bill, Feinstein said that “we know there’s harm done,” to national security by leaks and that it was “worth a trial” to stem the danger.

The proposals for tighter control over classified information come at a time when members of Congress have complained about the administration’s lack of transparency on several classified programs—in particular, the CIA’s drone program and the targeted killing of terror suspects—which they say has hampered Congress’ oversight role.

Since 9/11, the amount of information classified and the number of people with security clearance has ballooned, to more than 4.8 million people. This has led some to question whether “classified” always describes truly sensitive national security information. Leslie, of the Reporters Committee for Freedom of the Press, described it as “an old steam boiler—the answer is not always to patch the leaks but to relieve the pressure. Imposing so much secrecy means people are more likely to leak.”

In July the Pentagon announced that it would be instituting “top-down” monitoring of the press for leaked classified information. Journalists and transparency advocates have criticized the initiative, worrying that it could stifle reporting.

A Pentagon spokesman said Monday that exactly how that new policy will be implemented was still being finalized. He said that the effort was meant to identify when classified information has come out in the news, not to monitor journalists as they report. Per a preexisting Pentagon policy, Public Affairs officers are supposed to be “the sole release authority for all DOD information.”