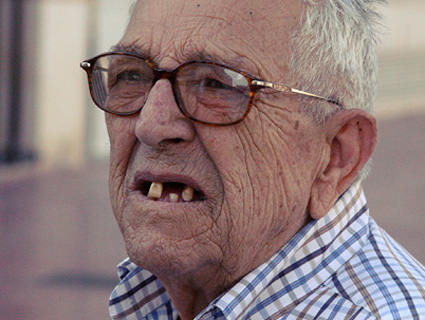 In the summer of 2010, an unknown group called the Commission on Hope, Growth, and Opportunity asked (PDF) the Internal Revenue Service to grant it 501(c)(4) tax-exempt status. The organization told the IRS it didn’t plan to spend a penny on politics. Once the IRS gave CHGO the green light, however, the group plunged into the 2010 political season. It would ultimately raise $4.8 million—$4 million of that from a single anonymous donor—and spend $2.3 million on TV ads attacking 11 House Democrats running for reelection. (Ten of them lost.)

Later, on its 2010 and 2011 tax returns, CHGO claimed it hadn’t spent money on politics. Watchdogs filed complaints against CHGO alleging it had flouted tax and election laws. But sometime in 2011, after the Republicans’ 2010 “shellacking,” CHGO quietly disappeared. The group, and the anonymous individuals behind it, has yet to face any punishment.

The tale is a familiar one in the campaign finance world, illustrating the slow-moving, scattershot nature of justice when it comes to political money. The Federal Election Commission, the nation’s top election cop, is gridlocked by ideological differences. The IRS, whose role includes policing nonprofits, moves at a glacial pace, and traditionally investigates a small sliver of groups under its watch. This lawlessness is even more relevant, say watchdog groups, in the aftermath of Citizens United and other key court decisions, which led to a surge in spending by super-PACs and dark-money nonprofits.

With more money and more outside groups playing in politics than ever before, watchdogs say federal regulators need to wake up and take action—fast. “What is the point of having laws on the books if they are not enforced?” says Melanie Sloan, executive director of Citizens for Responsibility and Ethics in Washington. “With the November elections only five months away, these agencies need to act now to make sure this election isn’t a repeat of the ‘anything goes’ mentality of 2010.”

The prime culprit in today’s lawless political playing field, watchdogs say, is the FEC. The commission’s three Republican commissioners have declared themselves ideologically opposed to much of the campaign finance law, and have succeeded in grinding the FEC’s work to a halt on the most important issues. Among the FEC’s six members, the number of deadlocks on enforcement actions averaged 1 percent between 2003 and 2007, then spiked to 16 percent in 2009 and 11 percent in 2010. “The FEC is now thoroughly broken, and when it comes to enforcement of the campaign finance law, we don’t have any,” says Craig Holman, a lobbyist with the ethics group Public Citizen. (The FEC declined to comment.)

Not that the FEC was much more effective when commissioner relations were more cordial. The commission doled out millions of dollars in fines to the Democratic 527 groups America Coming Together and the Media Fund and the Republican 527 Swiftboat Veterans and POWs for Truth for breaking the law during the 2004 election. But the FEC only punished these groups years after the fact. By the time the FEC announced its settlement with America Coming Together, the group had been defunct for years and the 2008 presidential campaign was well underway.

In the eyes of campaign finance reformers and election experts, the Internal Revenue Service is no better. The IRS audits less than 1 percent of nonprofit groups, and when the agency begins an audit, the process can drag on for two years or more, according to Heidi Abegg, an attorney who represents nonprofit groups. The way tax law works, nonprofits like Karl Rove’s Crossroads GPS and David Koch’s Americans for Prosperity can engage in politics, but it can’t be the groups’ primary purpose. But as it stands, a renegade nonprofit could lie to the IRS, dump most or all of its 2012 budget into attack ads, and still not face penalties until as late as 2014.

The IRS emboldened dark-money groups by doing little during the 2010 elections to crack down on nonprofits like CHGO and Crossroads GPS, says Rick Hasen, an election law expert at the University of California-Irvine. Public Citizen’s Craig Holman says the IRS is reticent to scrutinize nonprofits for fear of looking too political itself. It’s clear why. In March, when the IRS pressed several tea party groups for more information on their activities, Republicans in Congress accused the IRS of buckling to public pressure and singling out GOPers. And Congress, of course, controls the flow of funding into the IRS. “The IRS doesn’t want to take on Congress, doesn’t want to take on the White House,” Holman says, “and as a result they have been exceedingly shy of enforcement of political groups.” (The IRS did not respond to a request for comment.)

That said, the IRS has in recent weeks suggested it’s taking a closer look at nonprofits pushing the envelope. In a July 19 letter to reform groups, the IRS acknowledged for the first time possible problems with politically active nonprofits, adding that the agency “will consider proposed changes in this area.” In June, the IRS raised eyebrows when it denied tax-exempt status to Emerge America, which trained female Democratic candidates. And more recently, the Wall Street Journal reported that the IRS had launched initial probes of Crossroads GPS and other politically active nonprofit groups.

But the threat of an IRS probe is hardly a deterrent, Hasen says. A fine, hefty or not, is just the cost of doing business. What’s more, a nonprofit that loses its tax-exempt status can simply dissolve itself and start anew—after Election Day. Should Rove’s dark-money group Crossroads GPS face an IRS backlash, Hasen says, “Karl Rove can come up with a new name for a brand new entity.”