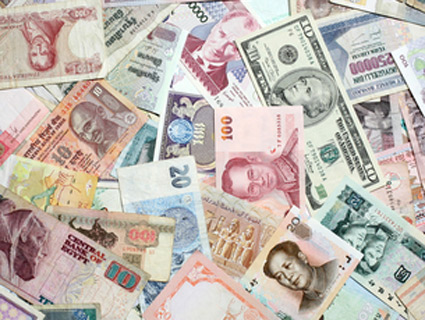 Foreign money and American elections are like fire and water, orange juice and toothpaste, Yankees fans and Red Sox fans: The two don’t mix. At least they haven’t for nearly 50 years, when the federal government banned foreigners from giving or spending any money on local, state, and federal elections.

But for the secretive nonprofit groups pumping hundreds of millions of dollars into the 2012 elections, the rules are different. These outfits, organized under the 501(c) section of the US tax code, can take money from foreign citizens, foreign labor unions, and foreign corporations, and they don’t have to tell voters about it because they don’t publicly disclose their donors. What’s more, with a savvy attorney and a clean paper trail, a foreign donor could pump millions into a nonprofit without even the nonprofit knowing the money’s true origin.

Anyone, American or not, can give any amount—$1 or $10 million—to politically active nonprofits like the Sierra Club or Americans for Prosperity, the national free-market organization cofounded by billionaire industrialist David Koch. Federal law prohibits a penny of that foreign money from being spent on politics. But it’s not hard to dodge that ban, says Marcus Owens, a tax law attorney who ran the IRS division that oversees tax-exempt groups.

Owens offered this hypothetical scenario: Say a Chinese businessman wants to funnel $10 million to a nonprofit that runs anti-Obama ads. For a few hundred dollars, that donor—or his attorney—can create a Delaware shell corporation that can funnel the $10 million to the nonprofit. And when the nonprofit discloses its donors to the IRS (as the law requires), all the taxman sees on the donor line is the shell corporation. Owens says it’s not IRS policy to figure out who’s behind a particular shell corporation. What’s more, the IRS’ audit rate for tax-exempt nonprofits is less than 1 percent. “There are a lot of ways that IRS filings can avoid disclosure of the actual source of funds,” he says.

Complicated as it may sound, the use of shell corporations isn’t so implausible. Last year, Edward Conard, a former partner and colleague of Mitt Romney’s at Bain Capital, used a newly created shell corporation called W Spann LLC to anonymously funnel $1 million to the pro-Romney super-PAC Restore Our Future. Satirist Stephen Colbert lampooned this shell game by creating an anonymous shell corporation called “Anonymous Shell Corporation” for the purpose of shoveling dark money to his super-PAC, Americans for a Better Tomorrow, Tomorrow.

Conard outed himself because his shell corporation gave to a super-PAC, which publicly discloses its donors. When the super-PAC released its donor records, reporters investigated. But if Conard’s W Spann LLC gave to a dark-money nonprofit, the public would never know and the press couldn’t raise a ruckus. Reform advocates say the possibility of foreign money being routed into US elections by shell corporations underscores the need for politically active nonprofits like Karl Rove’s Crossroads GPS and the pro-Obama Priorities USA to disclose their donors. “How do you protect from foreign money working its way into campaigns?” asks Fred Wertheimer, president of the pro-reform group Democracy 21. “It’s extremely hard to do without public disclosure.”

For 501(c)(4) nonprofits, also known as “social welfare” organizations, which include some of the biggest 2012 spenders, there’s a big upside to banking foreign money that’s not for pure politics, according to Owens. Tax law says 501(c)(4)s can’t make politics their primary purpose, and so these groups carefully track their spending so that more goes toward ostensibly nonpolitical activities than toward politics. An injection of nonpolitical foreign cash, Owens says, frees up other American money for overtly political ads or mailers. “US donors are going to be incentivized to give money to defeat Obama or elect Obama or elect Romney or defeat Romney,” he says. “They’re not going to give money about why you should defend 20-ounce sodas in New York.” Friendly foreign donors might.

Officials with some of the most influential nonprofits dismissed concerns about foreign money. Jonathan Collegio, a spokesman for Crossroads GPS, notes that the nonprofit’s donation policy states that Crossroads “does not accept contributions from foreign nationals.” Priorities USA, the pro-Obama nonprofit founded by former Obama White House aides Bill Burton and Sean Sweeney, also requires donors to certify that they’re American citizens or legal US residents to donate. Chris Fleming, a spokesman for the American Federation of State, County, and Municipal Employees, says it gets no money from foreign sources. Mark McCullough, a spokesman for the Service Employees International Union, says its union members in Canada do pay dues, but that that money is kept separate from the union’s political fund. Spokespeople for the tea-party-aligned nonprofit Freedomworks, Americans for Prosperity, and the AFL-CIO did not respond to requests for comment.

In 2010, ThinkProgress, a blog affiliated with the liberal Center for American Progress, sent shock waves through Washington when it accused the US Chamber of Commerce of funding political ads with money from foreign businesses. A Chamber spokesman told FactCheck.org that it kept foreign money separate from its political honeypot but declined to give any details on how the funds are segregated. The accusations went viral enough that President Obama weighed in, saying that “groups that receive foreign money are spending huge sums to influence American elections, and they won’t tell you where the money for their ads comes from.”

In the early 1990s, then-Republican National Committee chair Haley Barbour used a phony think tank called the National Policy Forum to funnel $2.2 million from Hong Kong businessman Ambrous Young into the RNC’s coffers for 1994 and 1996 elections. Barbour faced a grilling from Senate investigators, but ultimately avoided punishment. The story of Barbour’s scheme, Sen. John Glenn (D-Ohio) said in 1998, “is the only one so far where the head of a national political party knowingly and successfully solicited foreign money, infused it into the election process, and intentionally tried to cover it up.”

Owens says the Barbour-Hong Kong scandal illustrates the ease by which foreign money can find its way into American elections. And he believes foreign money will come into play again this election cycle. “We’ve been in this cesspool before,” he says. “Now you’ve got more incentive to do it, and I have to believe someone’s doing it.”