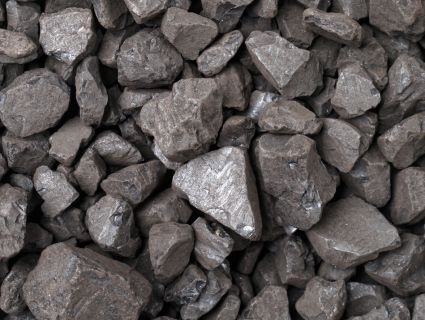 Either there are a lot of people of Chinese heritage that love coal ash in Colorado, or something is up with the White House’s citizen-led petition page. Add to this the fact that these Chinese Americans have names that would translate as “Small Steamed Bun,” “Big Steamed Bun,” and “Most Handsome Guy,” and things start to look really weird.

Back in September 2011, the group Citizens for Recycling First launched a petition on the White House’s “We the People” page, a site designed to allow Americans to flag issues of importance to them for the Obama administration. If petitions on the page get 5,000 signatures in 30 days, the administration will respond to them. The petition in question deals with the regulation of coal ash—the stuff left behind when you burn coal to generate electricity—and asks the Environmental Protection Agency not to classify the ash as “hazardous waste” that requires special disposal. The EPA is currently considering a new rule that could affect how the waste, which contains toxic elements like arsenic, mercury, and lead, is handled. But the agency has met backlash from groups aligned with the coal ash industry who believe that the designation will create both extra costs and a stigma for recyclers that use the stuff to make drywall, landfill material, and even bowling balls.

Steamed Bun Older Sister, Come to China Donkey, and Jet Li were just a few of the names included on the petition.

This petition has 5,402 signatures, which earned it a response from the assistant administrator of the EPA’s Office of Solid Waste and Emergency Response. But when the group Environmental Integrity Project (EIP) looked at the petition, staffers noted that hundreds of the signatures were in Chinese characters. That seemed weird, so they hired a Mandarin-speaking translator to look it over. He found that many of the Chinese words weren’t names at all, but were foods, animals, phrases involving the word “handsome,” or solicitations to visit China. That included:

There were also names of famous people form Chinese politics, literature, and history, like Lianjie Li—the real name of Chinese movie star Jet Li—who signed it twice. Many of them indicated that they were from Aurora, Colorado, as did a number of other Chinese names that were written in English. EIP flagged the petition, wondering what was going on here—was the petition spammed, or was someone using the fake names to boost the number of signatures on the petition? “There’s either a very large Mandarin-speaking community in Aurora, Colorado, with a passion for coal ash, or it just seems pretty sloppy,” said EIP director Eric Schaeffer. (According to the Census Bureau, 4.9 percent of Aurora is of Asian descent—though most of them probably aren’t named “Big Steamed Bun.”)

Citizens for Recycling First denied that there was any malfeasance here, and instead turned the blame on unnamed environmental groups. “I have no idea how the Chinese characters got on the White House website,” John Ward, the group’s chairman, told Mother Jones on Monday. He referred my questions to the White House, since it’s their site that hosts the petition. “For all I know, they may have been put there by an environmental group seeking to embarrass us.”

“If somebody found a way to hack a bunch of names and still be able to get through that verification process with the White House, I don’t know how to do that,” he continued. “If we were the ones trying to cheat, why would we do something so obvious as using Chinese characters? I don’t even know Chinese characters.”

The White House didn’t respond to several requests for comment about what might have happened with the petition, and whether anyone was looking into it. But it seems like spamming the site it is at least moderately difficult. You have to create an account before you can sign a petition, which requires a valid zip code and email address, as well as the ability to type out the “captcha” phrase and prove you’re not a robot. Then you have to verify your account by clicking on a link in an email sent from the site, and then enter the password contained in that email on the site.

This whole affair would seem rather silly, but the regulation of coal ash is a major issue for the EPA that’s been caught up in interagency dispute for nearly three years. In October 2009, the EPA proposed a rule that would have reclassified coal ash as hazardous waste. The companies that recycle coal ash balked, arguing that this classification would make their products less appealing. The rule was sent to the White House Office of Management and Budget’s Office of Information and Regulatory Affairs, which reviews agency rules, and when it emerged there were actually two proposals—one that would classify it as a hazardous waste, and one that wouldn’t. I wrote about that whole affair back in December 2010, and nothing has changed since then—there’s still no new rule for dealing with coal ash. So the effort to sway those rules is still underway.

And Citizens for Recycling First isn’t just some lay group of Americans that want to protect their right to drywall made from coal ash. Ward is a consultant to the coal industry, as well as the government relations committee chairman of the American Coal Ash Association, the lobbying group that represents the coal ash industry. Its membership is made up of both major coal-burners like Southern Company and American Electric Power, and companies that turn the ash into products. Until recently, the ACAA was based in Aurora, Colorado, which many of these Chinese-speaking supporters claimed as their hometown. (It is now based in Farmington Hills, Michigan.)

So what’s going on here? EIP’s Schaeffer thinks the petition is an industry-backed attempt to astroturf support for weaker rules from the EPA. “I don’t doubt there are genuine people with an interest in recycling coal ash on the petition,” he says. “But it shows what happens when these front groups. They get away with stuff because they put the right sounding name on their masthead, they drum up what appear to be petitions.”