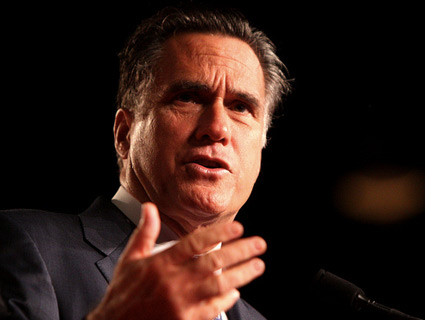 Over at National Review Online, Avik Roy takes issue with my scoop on Romney’s investment in a Chinese appliance-manufacturing firm that sought to profit from US outsourcing. Roy says he used to work at Brookside Capital, the Bain-affiliated entity that made this investment, but he doesn’t indicate whether he was around (or in a senior position) at the time of this particular deal in 1998. (On his Google+ page, by the way, Roy notes he was at Bain Capital, not Brookside. Yeah, I suppose, this stuff can be confusing.) Moreover, Roy now serves on Romney’s health care policy advisory group. Thus, he has a stake in this venture.

His argument is basically this: Romney did not make the decisions regarding Brookside’s investments, and, consequently, cannot be held accountable for these deals.

If Roy was not an eyewitness to internal Bain/Brookside deliberations in the late 1990s, his testimony is less than compelling. Can he say that Romney took no interest in how Brookside was being managed? Had no discussions with those Bain colleagues who were in charge of these decisions?

All that aside, Roy is promoting a classic corporate dodge. He writes:

Which of Bain Capital’s investments is it fair to hold Mitt Romney accountable for?

The answer: He is accountable for the investments in which he actually made the decisions. If I have my 401(k) invested in the Fidelity Select Health Care Fund, am I responsible for every decision made by the portfolio manager at Fidelity? Obviously not. The same goes for Mitt Romney.

This was hardly equivalent to a retirement fund investment. Romney “wholly owned” Brookside, according to a SEC filing. He created this entity. No doubt, he had a say regarding who was managing it. It was part of the Bain world he oversaw. He bears a degree of responsibility—perhaps Romney can calculate the precise percentage—for this venture.

Imagine this scenario: Romney owned a coal mining company. He decided to open a particular mine. He placed that project in the hands of other executives. Would he hold no responsibility if the mine generated profits because the execs he put in charge operated it well—or if the mine became the site of a horrendous accident because those same execs purposefully overlooked safety rules?

Did Romney literally have nothing to do with Brookside—a $559 million venture by early 1999—though he owned it? Did he never look at its lists of investments? Never have a chat with the guys running it? Or did he just let them run free and not pay attention to the direction of their investments—which in itself would be significant?

The Romney camp keeps insisting on a narrative that allows Romney to take credit for the positive aspects of his Bain days (thousands of low-wage Staples jobs!) and to sidestep all else (outsourcing, bankruptcies, politically-inconvenient investments). But in the world of high-and-complicated finance, it’s not that simple.