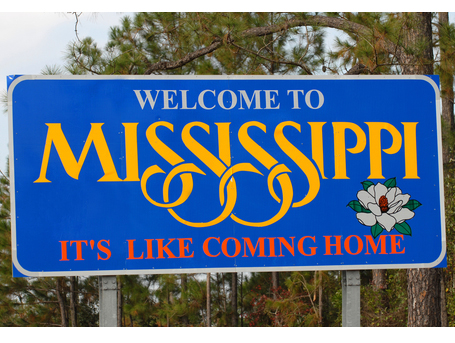 On Sunday, a federal judge in Mississippi issued a temporary restraining order blocking the state from enforcing new regulations on abortion clinics. The ruling will allow the Jackson Women’s Health Organization, Mississippi’s lone abortion clinic, to stay open for now.

The restraining order temporarily blocks a new law requiring doctors at the Jackson clinic to have admitting privileges at a local hospital in order to continue performing abortions. CNN reports:

The judge’s order blocks enforcement of the law at least until the next hearing on the matter, which is scheduled for July 11.

“I’m jubilant,” said Diane Derzis, clinic owner and president. “It means the constitutional rights of women to make their decision, for the time being, is in place.”

The law in question is one of several types of regulations that abortion-rights advocates often refer to as “TRAP laws,” short for “Targeted Regulation of Abortion Providers.” These are laws that only apply to abortion clinics and are designed to make it difficult for them to continue operating.

Although the Mississippi law might not seem like a big deal on its face, it threatened to make it impossible for women in Mississippi to obtain a safe, legal abortion. Only in-state doctors can get admitting privileges at the hospitals near the Jackson clinic, but most of the doctors who work at the clinic commute from out of state. Even if they moved to Mississippi, the doctors at the Jackson clinic would also have to send a certain number of patients to the hospital each month—and obstetricians/gynecologists working at a family planning clinic don’t usually have any reason to admit a woman to the hospital. The Jackson clinic already has a patient-transfer agreement with a local hospital for the (very rare) cases in which there’s some sort of complication that requires a woman to be admitted to a hospital.

In general, getting hospital admitting privileges can be difficult for abortion doctors, because it often means they have take on hospital rounds or be otherwise available for the hospital. And many hospitals, including two out of the three in the Jackson area, are affiliated with religious organizations, which don’t usually have much interest in helping a doctor who provides abortions.

At least eight states have a law like the one in Mississippi, according to the Guttmacher Institute. But although lawmakers in other states often claim these bills as efforts to ensure that women seeking abortions are able to get them in a safe place, Mississippi lawmakers weren’t shy about declaring that their goal was to end abortion in the state.

The Center for Reproductive Rights, which is representing the Jackson clinic in court, issued a statement on Sunday evening cheering the latest development, but noted that the “battle is far from over,” since they will be back in court on July 11 seeking a permanent injunction against the law.