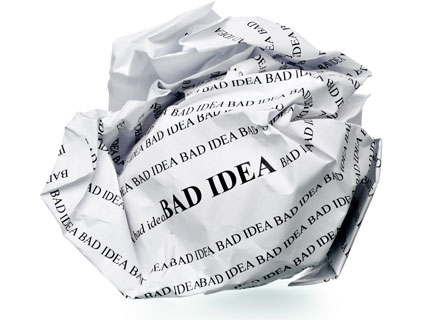 On Monday, a mysterious group called Michigan Alliance for Prosperity turned in 613,000 signatures in support of a ballot measure that would require a two-thirds vote of the Legislature to approve any increase in state taxes. The sheer volume of signatures gathered all but ensures that Michiganders will vote on the measure this November (even if 200,000 of the signatures are invalidated, the group will still have more than enough to get the two-thirds proposal on the ballot). But voters may not find out exactly who’s backing the effort until right before the election, if at all.

Requiring more than half of a legislature plus one vote to pass everyday legislative business (as opposed to say, impeaching a president) may sound like a good idea to some, but if you read the Federalist Papers, or look at California or the United States Senate, there’s a strong case to be made that supermajority requirements are inherently anti-democratic. They give a very small group of lawmakers the ability to block laws that the majority of their colleagues support. In California, this led to gridlock and the slow-but-steady decline of America’s greatest public university system (which has accelerated with the economic crash). In the US Senate, it has also led to gridlock. Most modern democracies are set up so that if you win the election, you get to do what you want (subject to constitutional and political constraints). Supermajority requirements make this almost impossible, because they make it easier for losing parties to block winning ones from executing their agenda.

The people of Michigan may want to know who’s paying for the effort to fundamentally alter their legislative system. Signature-gathering is expensive: People who gather signatures for ballot measures are often paid $1, $2, or even as much as $6 per name, and Michigan Alliance for Prosperity has said it has gathered 613,000 of them. (It also says it doesn’t pay per signature.) But voters still don’t know where the funds came from. MAP was organized in April 2012, and it has filed just one campaign finance report, a statement of organization that provides no donor information. Per Michigan’s disclosure laws, the group won’t have to reveal its donors until 30 days after its measure has officially qualified for the ballot, explains Rich Robinson, the head of the Michigan Campaign Finance Network. Since qualification may not happen until September, that deadline could fall in October—right before the election, and around the time MAP would have to file a pre-election disclosure anyway.

Even if MAP does eventually disclose its donors, it may not tell voters too much. That’s because Michigan allows corporations to make donations in support of ballot measures, so MAP could simply disclose that it got money from, for example, another vaguely named group, political action committee, or nonprofit. There’d be no need to include individual names.

The liberal group Progress Michigan claims that Americans for Prosperity-Michigan, the Michigan affiliate of the Koch-brothers-backed tea party group, is really behind the two-thirds effort. Americans for Prosperity-Michigan shares an address with MAP, and there are connections between the two groups’ staffs: When a Michigan subscription news service called MAP’s treasurer, Samuel Theis, he deferred comment to Amy Hagerstrom, the former president of Americans for Prosperity-Michigan. Hagerstrom’s husband, Scott, now runs AFP-Michigan; here’s a photo of him with MAP’s current president, Lana Theis, at a February rally in support of the two-thirds movement. I emailed Lana Theis for comment on MAP’s alleged ties to AFP-Michigan and asked if she was willing to disclose any information about whose money is behind the ballot measure. So far she has not responded. (UPDATE: Theis responded to my email late Thursday afternoon with the following statement: “Michigan Alliance for Prosperity, like all of the ballot question committees, have strict campaign finance reporting requirements. We will rigorously comply with all these requirements, and will be reporting accordingly.”)

Lenny Goldberg, the head of the nonprofit California Tax Reform Association, was dismayed to hear that Michigan might be following his state’s lead. “Two-thirds vote, you’ve got to be kidding! It’s been a disaster for California!” Even loophole-closing and budget-balancing, Goldberg explains, require two-thirds votes in California. Since it only takes a majority vote to add a loophole to the California tax code, once they get in, they never get out—especially because the vast majority of Republican state legislators sign Grover Norquist’s pledge to not vote for any tax increase, ever. “It’s a recipe for slashing any kind of revenues that you have,” Goldberg says.”It’s a one-way direction for state revenues—and that’s down.” Even the state’s ability to borrow money is affected—since ratings agencies know it will be very hard for California to raise new revenues if it faces a shortfall, it has a lower bond rating than states with comparable debt burdens.

“Lansing Republicans have spent the last two years cutting funding for our schools in order to hand out huge tax giveaways to wealthy special interests and corporate CEOs,” Zack Pohl, executive director of Progress Michigan, said in a statement to Mother Jones. “Now greedy CEOs like the Koch Brothers want to make sure their tax breaks and loopholes can never be reversed. Under this flawed proposal, a small minority of entrenched special interests can protect their special tax breaks and loopholes forever.”