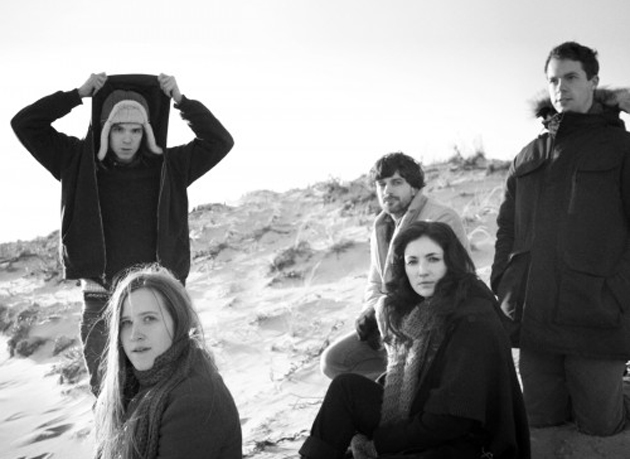 I think it’s important to note that while digging up some background for my review of the Dirty Projectors’ latest, out this week, I ended up transfixed by Nicki Minaj’s very pastel and vaguely schizophrenic video for “Stupid Hoe.” I didn’t travel down this rabbit hole via run-of-the mill internet procrastination. David Longstreth—singer, songwriter, multi-instrumentalist, and notorious “musical overachiever” from the Dirty Projectors—has described it as the best music video he’s ever seen, and I decided I had to re-watch it. You know, for research.

Minaj, who turns the mirror on pop music by caricaturing all of its multiple personalities at once, thrives in complexity. Whatever Longstreth is channeling in the Dirty Projectors is too idiosyncratic for anyone to successfully pin down, and the “sounds like” descriptor thus summons up artists as bafflingly disparate as Steve Reich, Beyoncé, Phish, and Talking Heads. But this makes sense; ever since 2002, when Longstreth recorded his first album, The Graceful Fallen Mango, as a freshman at Yale, his meticulously orchestrated music has (like Minaj’s)  always paid special reverence to the complexity of art.

“All that cleverness…can veer towards pretension,” the New York Times wrote, following the 2009 release of the band’s near-perfect Bitte Orca. That album epitomized both Longstreth’s esoteric taste and his perfectionist tendencies, with bouncy polyrhythms and the Dirty Projectors’ elaborately dotted harmonies all arranged immaculately.

Which is precisely the opposite of what makes Swing Lo Magellan so enjoyable. Longstreth, along with bandmates Amber Coffman and Haley Dekle (Angel Deradoorian, the third female crooner, is no longer with the band), have decided to emphasize that they, too, can chill out.

“With digital recording, it’s easy to create a perfect text of whatever song you have, but we kept on coming back to imperfection and fragility,” Longstreth explained to Pitchfork last week. On several tracks, the immaculate harmonies are broken up by band members drifting off into various spoken comments. “When should we bust out into harmonies?” Dekle says, giggling, in “Unto Caesar,” as if poking fun at the Dirty Projectors’ own schtick. These parts are still wrapped by Coffman’s and Dekle’s airy intertwined voices, but their harmonies are more honeyed and drawn out than the frenetic, almost mathematical arrangements we’ve seen from them before. The effect is far more celebratory and way less self-aware.

The lyrics, too, have taken a turn toward less abstract; surprisingly, many of the songs on Swing Lo Magellan are relatively straightforward love songs. “I need someone to comfort me / Whose eyes are shining, looking at me / and I can see what she’s seeing!” he croons in “See What She’s Seeing,” with a revelatory harmonic punch from Coffman and Dekle coming at the end of the verse.

The overall effect is almost confessional, and sometimes you can feel Longstreth straining to be this straightforward. “I do feel like the hardest thing is to do something simple and tap into whatever remains of our common language rather than cultivating your own willfully esoteric vocabulary,” he told Pitchfork. But it’s not that he’s striving any less for perfection; it’s just that, this time around, his idea of “perfect” just happens to be a sort of brilliantly channeled imperfection. It can feel at times like one shouldn’t have to try quite so hard to be less arcane. But for Longstreth it makes sense. He’ll probably never be chill, but that’s totally fine by me.

You can preorder Swing Lo Magellan here. (As if Longstreth couldn’t resist a sprinkling of the esoteric, the band also made a limited-edition vinyl copy with a Cuneiform etching of the full lyrics of “Gun Has No Trigger.” Sorry, already sold out.)