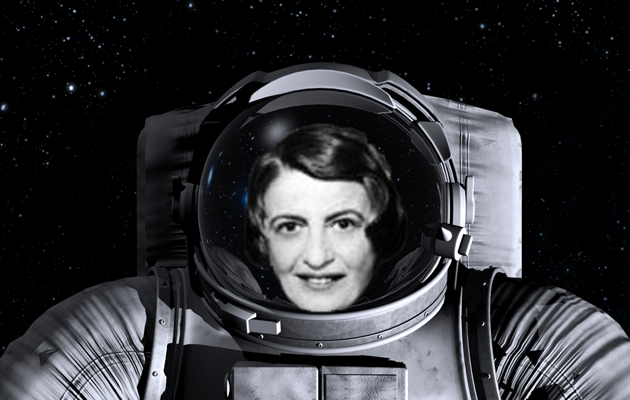 At the Atlas Summit, a conference for libertarian devotees of Ayn Rand, the question is inescapable. It is scrawled in black magic marker on the plain white T-shirt of the white-haired man I pass on the way into the ballroom. It is printed on the green button on the corduroy blazer of the man who wants to share his thoughts on “the envy-driven wizards at NASA.” It is emblazoned on the limited-edition gold coins advertised in the special three-ring binder given to all attendees. It is hanging, really, over the heads of all of us who have convened at the Renaissance Hotel in downtown DC in early July to celebrate Ayn Rand’s sacred scroll of objectivism. The question, parroting the catchphrase of Atlas Shrugged, is “Who is John Galt?” 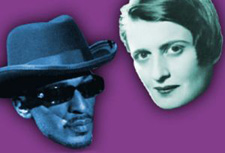 The answer, apparently, is Elon Musk, the billionaire cofounder of the California-based galactic transport company SpaceX.

I’ve dropped by the Atlas Summit on a Sunday morning on a whim. I had a couple of hours to kill before the Euro Cup Final, and I wanted to learn about perhaps the single most out-there—and intriguing—policy proposal to emerge from the 2012 Republican presidential primary: reviving manned space flight. I had no intention of sticking around for the 3:45 panel, “The Law and Morality of Insider Trading.” And, unfortunately, the Q&A with the filmmakers behind Atlas Shrugged: Part 2 had come and gone.

“SpaceX and the future of space flight,” though, had promise. It wasn’t a panel, really—more of a 45-minute presentation on why SpaceX, Musk’s newest and most ambitious project yet, was the greatest fucking thing to hit humankind since the three-field system. And in the true fashion of Rand’s hero, John Galt, Musk, the 41-year-old founder of PayPal and Tesla Motors isn’t there. According to Elon’s Twitter feed, he’s somewhere in Hawaii. Instead, attendees are treated to an emissary: Steve Davis, SpaceX employee #14.

This has been a good decade for the private space industry. In late May, SpaceX, the rocket company founded by Musk in 2002 with the goal of making mankind “multi-planetary,” became the first nongovernmental entity to ferry cargo to the international space station and back. (It also became the first entity to ever apply for an atmospheric reentry permit from the FAA.) This came four years after the company’s first major breakthrough: Falcon 1, the first privately-funded rocket to orbit the Earth. Thanks to companies like Virgin Galactic, space tourism is now officially a thing. And start-ups like Planetary Resources and Moon Express (the badass sci-fi names will presumably come later) are advertising their intentions to strip-mine space. For the first time since the 1970s, America is looking to the stars, and for the first time ever, that effort is being led by the private sector. The Randites love this.

Davis was a directionless graduate student at Stanford in 2002 when he got a call from Musk. Musk had just cashed out out of PayPal, the company he’d helped found in 1998 with Peter Thiel. (Thiel is now bankrolling the Seasteading Institute, which aims to create libertarian city-states on the high seas.) Musk was looking for young engineers with no families and enough energy to put in 100-hour weeks. Davis signed up the next day.

The audience of about 50 treats Davis like a rock star. He recounts the history of the company and draws the most applause when discussing its business model. The space industry doesn’t suffer for lack of ideas; the main problem is transportation costs. “If the entire moon was made of solid gold, it would be unprofitable for any company on Earth to go mine it and bring it back,” he says. “If the entire moon was made of heroin, it would still be unprofitable.” SpaceX’s goal, which Davis analogizes to that of solar cell and personal computer manufacturers, is to drive down the cost exponentially. It will do this primarily by cutting back on waste at every level and taking one big technological leap: creating rockets that can be used over and over again.

The company’s selling point is just that—they set a price and they hit it. If a project comes in over budget, SpaceX eats the difference. As a result, it is able to deliver prices that would be unheard of in the public sector. “If you want to pay us $54* million, we will give you a Falcoln 9,” he says, to rapturous applause. A rocket ship, yours, for less than the price of a super-PAC! The entire presentation is a running summary of different projects that Davis and SpaceX have completed under budget, each greeted with the same ovation. One way they saved money was by making rockets that work in two stages, as opposed to NASA’s six. “I think Elon probably took a day to make that decision,” Davis says. Another device, used to steer the rocket, was selling on the market for $250,000. Elon thought that it didn’t seem much different than a garage-door opener and set a budget of $5,000. Davis’ alternative device, designed in-house, checked in at $1,800.

“From my perspective, you guys are heroic beings,” says the college-age kid in the designer polo.

Davis isn’t pitching his company, so much as he’s hawking an ethic—one shared by the gathering of objectivists and embodied by Elon: Don’t wait for someone else to solve a problem because they probably won’t. Winners set benchmarks and take the initiative; bureaucracies take your money and run.

When it’s over, the floor is opened to questions. They’re variations on a theme—either scientific queries (how much of a risk is solar radiation?) or bureaucratic. “Obviously, I’m here so you probably know my thoughts,” Davis tells the woman who asks about red tape. The sixth questioner doesn’t have a question, just a comment: “I just want to say, I wish Ayn Rand could have seen this—Isaac Asimov, too.” A few rows back someone pipes up: “Ayn, mine!” (Ayn as in “mine”—this is the pronunciation guide, I kid you not, offered up by none other than the Ayn Rand Institute.)

A college-age kid in the designer polo shirt and cargo shorts takes the mic next. “From my perspective, you guys are heroic beings,” he says. Applause. His question: “Is Elon familiar with objectivism and Ayn Rand? What has he read? Does he like it?”

“I don’t know the answer, but I’ll use an example from the book to answer that,” Davis says. “I know the book well. One of my favorite lines from the book is when Danagger, after he disappears and Rearden is taking advantage, says something like ‘Get me that delivery, Rearden!’ That’s not the right quote—does anyone remember the actual quote?”

Davis nods. “And that was the most political thing you ever heard from him. That’s been my relationship with Elon—’Look here, Davis, get this done!’ And so I don’t think we’ve ever gone beyond that. But I know he’s read the book.”

When it’s over, the crowd swarms around Davis, peppering him with questions: How about a buy—eight seats get the ninth free deal? How do you deal with space debris? Will you sign my notes?

Finally, as the room begins to clear out, I get a chance to ask mine: Is Newt Gingrich good or bad for the space industry?

Davis draws a blank. “I know nothing about politics,” he says. “I know that he’s a politician. I don’t know anything about it. I’m sorry.”

He’s reluctant, too, to discuss his personal vision of what a space colony would look like. That, Davis says, “is for the Elons of the world. I just want to see [the rocket] go up.” Making it to Mars is Elon Musk’s dream, and, as evidenced by questions and adulation of the people in the room, it’s the dream of many of the folks attending this Ayn-as-in-mine conference. They may not know quite what to do once they get there, but they know this: building a rocket and inventing a propulsion landing system that allows you to set up shop on another planet is the ultimate Going Galt.

Correction: This article originally misstated the cost of a Falcoln 9 rocket.