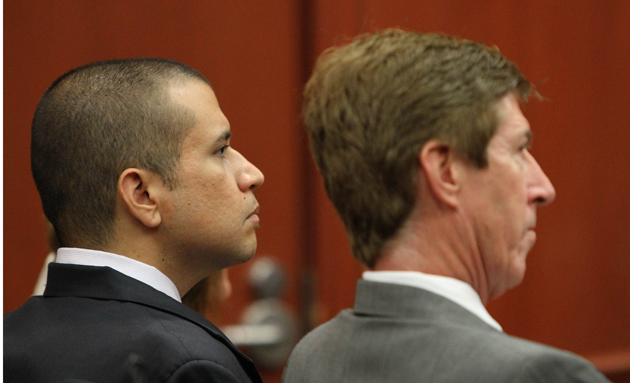 This story first appeared on the ProPublica website. For related coverage, see MoJo reporter Adam Weinstein’s piece on how the NRA and ALEC pushed Stand Your Ground nationwide, and use this interactive map to track the gun law’s rapid spread since 2005.

The Stand Your Ground law is most widely associated with the February 26 shooting death of Trayvon Martin, an unarmed 17-year-old killed in Florida by George Zimmerman, a neighborhood watch captain who claimed he was acting in self-defense.

But as a recent Tampa Bay Times investigation indicates, the Martin incident is far from the only example of the law’s reach in Florida. The paper identified nearly 200 instances since 2005 where the state’s Stand Your Ground law has played a factor in prosecutors’ decisions, jury acquittals, or a judge’s call to throw out the charges. (Not all the cases involved killings. Some involved assaults where the person didn’t die.)

The law removes a person’s duty to retreat before using deadly force against another in any place he has the legal right to be—so long as he reasonably believed he or someone else faced imminent death or great bodily harm. Among the Stand Your Ground cases identified by the paper, defendants went free nearly 70 percent of the time.

Although Florida was the first to enact a Stand Your Ground law, 24 other states enforce similar versions. Using the Tampa Bay findings and others, we’ve highlighted some of the most notable cases where a version of the Stand Your Ground law has led to freedom from criminal prosecution:

In November 2007, a Houston-area man pulled out a shotgun and killed two men whom he suspected of burglarizing his neighbor’s home. Joe Horn, a 61-year-old retiree, called 911 and urged the operator, “Catch these guys, will you? Cause, I ain’t going to let them go.” Despite being warned to remain inside his home, Horn stated he would shoot, telling the operator, “I have a right to protect myself too, sir. The laws have been changed in this country since September the first, and you know it.”

Two months earlier, the Texas Legislature passed a Stand Your Ground law removing a citizen’s duty to retreat while in public places before using deadly force. In July 2008, a Harris County grand jury declined to indict Horn of any criminal charges.

In Louisiana early this year, a grand jury cleared 21-year-old Byron Thomas after he fired into an SUV filled with teenagers after an alleged marijuana transaction went sour. One of the bullets struck and killed 15-year-old Jamonta Miles. Although the SUV was allegedly driving away when Thomas opened fire, Lafourche Parish Sheriff Craig Webre said to local media that as far as Thomas knew, someone could have jumped out of the vehicle with a gun. Thomas, said the sheriff, had “decided to stand his ground.”

Louisiana’s Stand Your Ground law was enacted just a year after Florida introduced its law.

In March 2012, Bo Morrison was shot and killed by a homeowner in Wisconsin who discovered the unarmed 20-year-old on his porch early one morning. According to friends, Morrison was trying to evade police responding to a noise complaint at a neighboring underage drinking party. The homeowner, thinking Morrison was a burglar, was not charged by the local district attorney.

While Wisconsin doesn’t have a Stand Your Ground law that extends to public spaces, Gov. Scott Walker signed an “intruders bill” in December 2011 that presumes somebody who uses deadly force against a trespasser in their home, business, or vehicle acted reasonably, whether or not the intruder was armed. Before the law was enacted, homeowners could only use deadly force if their own lives were at risk.

In April, 22-year-old Cordell Jude shot and killed Daniel Adkins Jr., a pedestrian who walked in front of Jude’s car just as Jude was pulling up to the window of a Taco Bell drive-thru in Arizona. Jude claimed Adkins had waved his arms in the air, wielding what Judge thought was a metal pipe—it was actually a dog leash. Jude shot the 29-year-old Adkins, who was mentally disabled, once in the chest. As of May, an arrest had not been made in the April 3 shooting. Arizona passed a Stand Your Ground law in 2010.

In January, a judge in Miami tossed out a second-degree murder charge against Greyston Garcia after he chased a suspected burglar for more than a block and stabbed him to death. The judge decided the stabbing was justified because the burglar had swung a bag of stolen car radios at Garcia—an object that a medical examiner at a hearing testified could cause “serious harm or death.” The judge found Garcia was “well within his rights to pursue the victim and demand the return of his property.”