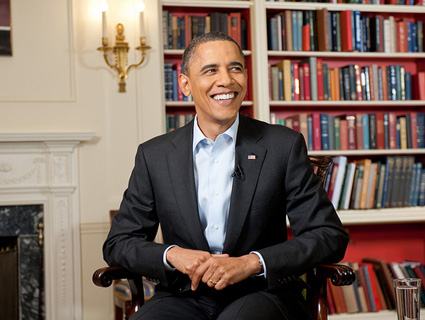 The largest expansion of the American welfare state since the Great Society stands, upheld by the most conservative Supreme Court in decades. Yet the decision is not simply a landmark ruling, it is a monumental setback for a conservative movement strategy meant to sabotage, by all available means, the presidency of Barack Obama.

In a largely unexpected decision, Chief Justice John Roberts joined with the four Democratic appointees on the court to keep the law alive, upholding the individual mandate as a tax, not a legitimate government regulation made possible by the Constitution’s Commerce Clause. One man, a conservative justice appointed by Obama’s Republican predecessor, George W. Bush, thwarted the right-wing assault on the Affordable Care Act. (You can read the decision below.)

The right’s rearguard action against Obama began in December of 2008, before the 44th president of the United States was even seated, with the GOP decision to resist seating Sen. Al Franken (D-Minn.). It continued with the raucous tea party protests and town halls in the summer and fall of 2009, the GOP’s historic abuse of the filibuster, and the avalanche of lawsuits that followed the passage of the Affordable Care Act. When Republicans failed to destroy the Affordable Care Act through procedural obstruction, electoral victory, or popular outrage, they turned to judicial fiat.

But it didn’t work. The Roberts Court declined to irrevocably alter the lives of Americans under 26 who were allowed to remain on their parents’ health insurance, citizens with crushing health care costs who found deliverance in the law’s lifting of the cap on lifetime benefits and its ban on discrimination on the basis of preexisting conditions, and senior citizens who would have been thrust back into the Medicare “doughnut hole” without Obamacare’s increased financial assistance in paying for prescription drugs. Instead, Roberts, whose nomination Obama opposed as a senator, joined with the court’s Democratic appointees to rescue Obama’s signature domestic policy achievement. Justice Anthony Kennedy, the court’s regular swing vote, would have struck the law down in its entirety.

Yet this doesn’t mean the battle is over. Conservatives have vowed to challenge other provisions in the Affordable Care Act. Having failed to annihilate the law in its entirety, they will now attempt to rip it apart piece by piece. Should Obama be defeated by Mitt Romney in the fall, the new administration will have unprecedented power to undermine the law’s implementation, even without control of Congress. Yet the court’s legal reasoning may still hamper implementation of the Medicaid expansion, meant to cover 16 million Americans. The impact of Roberts’ reasoning on future social welfare legislation has also yet to be fully assessed.

Liberals and Democrats had called the high court partisan, and had practically resigned themselves to defeat. Conservatives dismissed those accusations, but until recently many assumed the court would rule in their favor. A few liberal legal elites insisted that the Supreme Court’s nonpartisan nature would lead to the defeat of the conservative legal challenges, despite a 2011 Congressional Research Service report finding that “whether Congress may use the [Commerce] clause to require an individual to purchase a good or a service” was a “novel issue.”

At first, the law’s supporters refused to acknowledge the simple, eloquent power of the argument the law’s opponents had developed: That if the government could compel individuals to buy health insurance, it could make them do anything, like force them to eat broccoli. Instead, the law’s supporters retreated to the crumbling fortress of legal precedent. The Obama administration’s legal champion, Solicitor General Donald B. Verrilli Jr., thus arrived at the Supreme Court without a concise answer to the one question everyone knew he would be asked.

Botching that issue wasn’t fatal. During oral arguments, after a halting and unimpressive performance, Verrilli offered an argument that at the time sounded almost desperate. “If there is any doubt about that under the Commerce Clause,” Verrilli said, “then I urge this Court to uphold the minimum coverage provision as an exercise of the taxing power.” This was the lifeline that the high court ultimately used to pull the Affordable Care Act back from the abyss.

But liberals did have good reason to be confident initially. The Affordable Care Act, and the mandate itself, was once the Republican alternative to more government-oriented solutions for ensuring every American has health care. Yet even as Democrats—and liberals, holding their noses—settled on a plan that would bring about something close to universal coverage but preserve the private insurance market, Republicans swiftly turned on the mandate as the vilest possible form of tyranny. Among them: Mitt Romney, the GOP’s 2012 standard-bearer, whose reforms as governor of Massachusetts made him the Affordable Care Act’s reluctant godfather; the conservative Heritage Foundation, which included a mandate in its 1989 health care plan; and Supreme Court Justice Antonin Scalia, who discovered his opposition to Obamacare’s legal precedents just in time to vote to overrule the law.

It wasn’t enough. The Affordable Care Act survives, preserved by a most unlikely savior. When then-Sen. Barack Obama announced he would be voting against the nomination of Roberts to the Supreme Court, he said that “In those 5 percent of hard cases, the constitutional text will not be directly on point.” In those cases, Obama said, “the critical ingredient is supplied by what is in the judge’s heart.” Finding Roberts’ heart harder than he would have liked, Obama cast his vote against the man who would become chief justice.

“I will be voting against John Roberts’ nomination,” Obama said. “I do so with considerable reticence. I hope that I am wrong.”

You can read the full Supreme Court decision, and the dissents, right here: