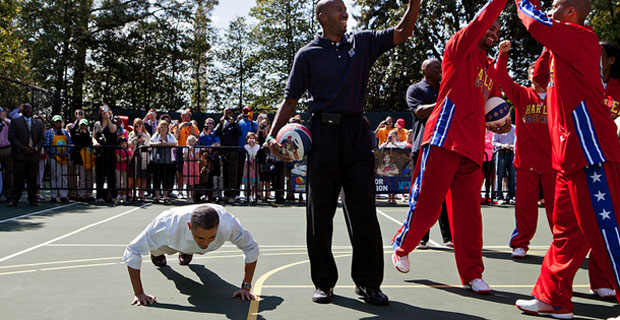 On the vast list of right-wing conspiracy theories about President Obama—he’s Malcolm X’s illegitimate son; he was photoshopped into the iconic Situation Room photo; his memoir was ghost-written by Bill Ayers; he’s people!—this new bit of muckraking from conspiracy cauldron WorldNetDaily deserves a place of honor on the mantle.

According to Jack Cashill, “an Emmy-award winning independent writer and producer with a Ph.D. in American Studies from Purdue,” President Obama didn’t simply have Bill Ayers ghost-write his memoir—he had someone ghost-write love letters to his college girlfriend too:

In a recent Vanity Fair excerpt, [David] Maraniss reprints two extended excerpts from one of those letters. I believe that these letters were volunteered to Maraniss to impress the kind of people who read the New York Times.

If so, the Times took the bait. Reporter Adam Hirsch gushes over the young Obama’s “literary sensibility” and his “ironic, literary mind.” Although regretting that Obama’s “authenticity” has not made him a transformative figure, Hirsch remains “certain” that Obama “has it in him to produce the best post-presidential memoir ever – if he is willing to let that unguarded early voice speak again.”

What Hirsch refuses to question is whether that “unguarded early voice” is Obama’s own.

Among other things, Cashill wonders why Maraniss hasn’t produced original copies of the love letters: “In 1982-1983, when the Vanity Fair letters were written, college students did not use word processors. If they typed, they did so on a typewriter. The odds are that this letter, if an original, was not typed.” And why, he asks, were Obama’s letters so erudite and coherent when his other writing reveal him to be a bumbling nincompoop?

Nowhere in “Dreams” is there any mention of T.S. Eliot, Münzer or Yeats, or any of the themes in this letter that so excited Adam Hirsch. As Obama tells it, he and his pals “discussed neocolonialism, Franz Fanon, Eurocentrism, and patriarchy.” This I can believe.

Totally missing from “Dreams,” too, are the more exotic words in the letter to McNear: ecstatic, mechanistic, asexual, stoical, moribund, reactionary, fertility, dichotomy, irreconcilable, ambivalence, plus “hazard” and “counter” used as verbs, as in “I will hazard these statements” and “Counter him with Yeats and Pound.”

Cashill’s argument is, of course, foolproof. One small quibble, though: If Dreams from my Father was—as WorldNetDaily has already established—ghost-written, we can hardly use that as an example of Obama’s sub-par writing standards. The plot thickens.