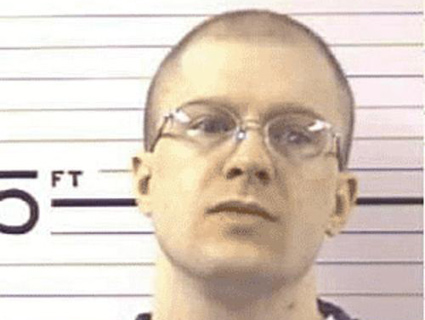 Troy Anderson lives in Cañon City, a high-desert town in a dramatic setting at the foot of the Rocky Mountains. But for more than a decade he has neither seen those mountains nor felt the sun on his skin. He spends 23 hours out of each day confined to an 8-by-12 isolation cell at the Colorado State Penitentiary (CSP)—one of the state’s supermax prisons—and the remaining hour in a bare exercise room. Well over half of his 42 years have been spent behind bars, most of them in what prison authorities euphemistically call “administrative segregation.” In practice, this means Anderson will remain in solitary confinement until prison officials feel it’s time to let him out.

Anderson has been in and out of jail since he was a juvenile on account of his erratic and sometimes violent behavior. In 2000, he was sentenced to 75 years for myriad charges stemming from two incidents in which he shot at police, the second time in an attempt to escape custody. Offenses committed in prison have landed him in “ad seg” at CSP. (His last disciplinary infraction was in 2005, when he was written up for somehow managing to get envelopes to another prisoner.)

But there’s more to the story. Anderson, like hundreds of other prisoners confined in isolation in Colorado—and thousands held in solitary across the nation—is seriously mentally ill. His diagnoses include bipolar disorder, intermittent explosive disorder, cognitive disorders, and a seizure disorder. He has attempted suicide many times, starting at age 10. He is seen periodically by prison psychiatrists, all of whom seem to concur that he needs therapy and medication. At CSP, however, his treatment has consisted of a fiasco of intermittent and inappropriate meds and scant therapy, typically conducted through a slot in his solid steel cell door.

Yet unlike most of those other prisoners languishing in solitary, Anderson is about to get his day in federal court. Beginning today, in a trial that could have broad implications for how states handle inmates with mental illness, Anderson’s lawyers will argue before the District Court in Denver that their client’s predicament violates his civil rights, under both the Constitution and federal law.

The popular notion is that the people who end up in solitary “are the most ruthless,”  notes one expert.  In fact, “they are very often the wretched.”

It was his untreated mental illness that first landed him at CSP, Anderson contends, and now the same symptoms are keeping him there indefinitely. Without proper treatment, he is unable to convince corrections officials that he’s fit for the general prison population. This catch-22, his lawyers say, condemns him to an effective life sentence under conditions that are increasingly being denounced as a form of torture—particularly when applied to mentally ill prisoners.

In recent decades, jails and prisons, their solitary confinement units in particular, have become de facto asylums. According to a 2003 report from Human Rights Watch based on available state data, one-third to one-half of prisoners then held in isolation exhibited some form of mental illness. In 2005, by Colorado’s calculations, the figure in that state was 37 percent, up from 15 percent five years earlier. This sharp increase, according to a state report, followed “a dramatic decline in mental health providers and rehab programs that were casualties of budget cuts.”

“There is a notion in the popular mind that the people who end up in solitary confinement are the most ruthless kind of James Cagneys of the prison system,” observes Dr. Stuart Grassian, a psychiatrist and expert on the mental health effects of isolation. “In fact, what you often see there is exactly the antithesis: They are very often the wretched of the earth, people who are mentally ill, illiterate, and cognitively impaired, people with neurological difficulties, people who just really can’t manage to contain their behavior at times.”

Since solitary confinement is likely to make their conditions worse, Grassian explains, inmates with mental illness “get into these vicious cycles where they continue to commit this disruptive behavior and they continue to go deeper and deeper into the belly of the prison system and get sicker and sicker.”

Anderson’s trial stems from a lawsuit filed in 2010 by the Civil Rights Clinic at the University of Denver’s Sturm College of Law. Under the leadership of attorney Laura Rovner, the clinic has established a reputation for challenging the use of long-term isolation. In addition to representing Anderson, it has mounted two suits against ADX Florence, the federal supermax outside Cañon City—one involving the notorious murderer of a prison guard; the other, four convicted terrorists. “Laura and her students are on the front lines,” says David Fathi, director of the ACLU’s National Prison Project. “They take on the toughest cases with the most unpopular clients.”

Practices initially justified for only the worst offenders have a way of “creeping into everyday prison practice,” says David Fathi of the National Prison Project.

Fathi adds, “Oppressive conditions and practices that are initially justified as just for [the worst offenders] have a way of becoming normalized and creeping into everyday prison practice.”

That is certainly the case with solitary. An estimated 80,000 inmates are currently locked up in some form of isolated confinement in state and federal prisons. Until recently, Colorado had 2,100 inmates, nearly 10 percent of its total prisoners, held in isolation—far surpassing the national average of between 2 and 4 percent. Indeed, the Cañon City area, which hosts 11 state and federal prisons (including three supermax facilities), may well qualify as the solitary confinement capital of the Western world.

Thus far, the courts have beaten back the Civil Rights Clinic’s twin lawsuits against ADX Florence. But Anderson’s case tests a new approach. In addition to the usual constitutional claims—violations of due process and of the ban on cruel and unusual punishment—his lawyers are claiming violations of the Americans with Disabilities Act. By failing to treat his illness and then effectively punishing him for it, they argue, the Department of Corrections (DOC) is discriminating against Anderson based on his disability.

There is “not much precedent to predict how the court will decide,” says DU visiting professor Brittany Glidden, who leads a team of law students on the case. But so far, the suit has survived the state’s efforts to have it dismissed.

The trial comes at a time when solitary is coming under fresh scrutiny in Colorado, thanks in part to years of effort by grassroots criminal-justice reformers. Early in 2011, Colorado lawmakers introduced a bill to restrict the use of administrative segregation, especially for prisoners with mental illness. The bill was drastically scaled back, but it did end up requiring the DOC to commission an annual independent review of the classification of its isolated prisoners.

The resulting report, released last October, concluded that far too many prisoners were on round-the-clock lockdown. Relatively modest changes in classification, review, and mental-health policies, it said, would “significantly reduce” their numbers. Colorado inmates are sent to CSP not only for violence or escape attempts, but for “compromising” or “intimidating” staff, possessing contraband ranging from weapons to cigarettes, refusing a work assignment, “advocating facility disruption,” or posing a “serious management problem”—all on the say-so of prison officials. Their terms last an average of two years, but some stretch to a decade or more.

The state’s heavy reliance on solitary is a management issue that has little, if anything, to do with improving behavior or reducing prison violence or recidivism, since studies have generally shown that the opposite is true. It is also expensive (another reason broke states are giving it a second look): The ACLU of Colorado calculates that it costs $14,000 to $21,000 extra per year to keep a single prisoner in ad seg. Prompted by the state report, Colorado corrections officials announced in January that they had reviewed the cases of 870 supermax prisoners and reclassified 321, allowing them to rejoin the general population. While the reclassifications accounted for only about 15 percent of those being held in ad seg or “punitive segregation,” reformers hailed it as a significant step.

The real surprise, however, came last month, when the DOC announced it would close Colorado’s second state supermax, CSP II, which just opened in 2010. Gov. John Hickenlooper cited a declining prison population as the reason for shuttering the costly facility championed by his predecessor, Bill Ritter. The ACLU of Colorado hailed the news as “earth-shaking.”

None of these reforms, however, affect Troy Anderson. In fact, his case may highlight weaknesses in the efforts of a handful of reform-minded states, which aim to decrease “overuse” of solitary without conceding its fundamental inhumanity. For Anderson, and others like him, the current trial represents the last, best hope for relief from a life of near-total isolation.

The suit, in fact, does not demand that Anderson be instantly sprung from solitary. Rather, it focuses on changes that would make his confinement less torturous and enable him to “earn” his way back into less restrictive conditions—time out of his cell, fresh air, sunlight, and meaningful treatment for his psychiatric disability. “I like the idea of systemic changes, but it’s really about Troy,” says Matthew Court, one of the law students who has been involved in the case. “We are doing everything we can to get him the treatment he needs, so that he has a fair shot.”