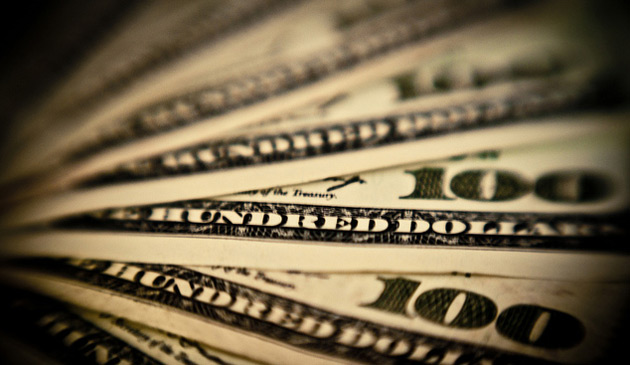 Shehan Peruma/FlickrForget Washington, DC. The real front line in the battle to get big money out of politics is in Albany, New York’s capital and a rough-and-tumble hotbed of political corruption and dysfunction.

On Wednesday, a new campaign, Fair Elections for New York, will launch to implement a taxpayer-funded public financing system for statewide elections and slash the contribution limit for political donors. Behind this effort is more than the usual cast of good-government and watchdog types. Fair Elections for New York’s coalition includes powerful business leaders and philanthropists, big political donors, environmentalists, religious leaders, labor unions, ethics watchdogs, and more, all of whom say they’re sick of the status quo in New York.

As the New York legislature resumes business in Albany in the coming weeks, the fair elections campaign will blanket the state with mailers and robocalls and lobby state lawmakers to pass a package of campaign finance reforms. Specific legislation is still in the works, but supporters say they want the state’s public financing system to look like New York City’s, which gives candidates $6 for every $1 they raise up to $175 per donor. The reform coalition also wants to lower the contribution limit for individual donors from $55,900 to $2,000, while limiting individuals who do business with the state to $400 in donations.

Advocates in New York have fought for public financing legislation for decades in New York. The state Assembly has passed bills on a number of occasions only to have them spiked by the state Senate. The latest blow came in 2009, when the Senate elections subcommittee was on the verge of approving public financing legislation. Then two Democratic state senators switched to the GOP, effectively killing the bill.

There’s broad public support for public financing in New York—72 percent of respondents in a recent Siena poll supported the idea. What’s different in 2012 is that reformers have the vocal support of Gov. Andrew Cuomo (D). Cuomo campaigned on revamping the state’s campaign finance system. He reiterated that support in his 2010 and 2011 State of the State speeches. “The state’s campaign finance laws fail to prevent the dominance of wealthy contributors and special interests in our government,” he said in January.

Sean Eldridge, an investor and founding member of LEAD (and Chris Hughes’ fiancée), says the group formed to show there was a “fresh set of leaders” who support Cuomo’s call for reform—not just the usual advocates. Yet LEAD’s members, he says, are just as disgusted with the state of New York politics as those diehard reformers and good-government types. “It’s about a system that’s broken—it’s broken for voters, it’s broken for candidates who have to run around spending their time raising money,” he says. “We need to fix that and create a healthier system for everyone.”

Some of LEAD’s members are major political donors. Many of them, including Eldridge himself, are personally tired of the grind of New York’s big-donor-driven system. “I host a lot of fundraisers,” he says. “I would love to host fewer fundraisers.”

Eldridge says he and his members will press lawmakers and Cuomo administration officials to get public financing passed this spring. LEAD’s support, Cuomo’s public pledges, and the widespread support among New Yorkers and the groups launching their effort on Wednesday gives public financing a serious shot at passing. “Our push to build a campaign that’s as diverse and broad as ever before in New York will hopefully makes this the shining issue for the remainder of the [legislative] session,” says Charlie Albanetti, a spokesman for Citizen Action of New York, a leader in the reform effort.

A victory in New York, reformers say, could ripple throughout the country in the larger campaign to neutralize Citizens United and other decisions like it and revamp how elections get funded. “It’s like the old show-biz line,” Nick Nyhart, president of the reform group Public Campaign, says of the New York effort. “If you can make it here, you can make it anywhere.”