Read on for the MoJo news team’s instant analysis of Wednesday night’s debate or jump to all the best tweets on the debate, as they unfolded in real-time, from Mother Jones editor @clarajeffery, senior editor @markfollman, reporters @adamserwer, @andrewkroll, @timothypmurphy, @garonsen, and other political junkies.

Presidential debates have never been particularly fertile ground for nuanced policy debates. So it shouldn’t come as too much of a surprise that at Wednesday’s GOP presidential debate in Arizona—a state with an ever-increasing Latino population—the discussion of immigration consisted mostly of a back-and-forth on how long and how many layers the border fence should be.

Part of that blame, though, falls on the moderator, CNN’s John King, who asked the candidates what they would do to satisfy Arizona’s most famous sheriff, Maricopa County’s Joe Arpaio, who was sitting in the audience. Mitt Romney responded by telling King, “You know, I think you see a model in Arizona.”

Rick Santorum took it a step further, singling out the sheriff by name: “I think what we need to do is to give law enforcement the opportunity to do what they’re doing here in Arizona and what Sheriff Arpaio was doing before he ran into some issues with the federal government, which is to allow folks to enforce the law here in this country, to allow people who are breaking the law or suspicious of breaking the law to be able to be detained and deported if they’re found here in this country illegally, as well as those who are trying to seek employment.”

Arpaio is a power player in Republican politics; he endorsed Rick Perry before the Iowa caucuses and met with Santorum for 20 minutes on Tuesday. He’s also using the power of his office to investigate whether President Barack Obama was born in the United States (spoiler: he was). He’ll release those results on March 1, and he told reporters on Tuesday that he briefed Santorum on the details on the inquiry.

As my colleague Adam Serwer reported, a Justice Department investigation in December found that Arpaio’s department had consistently violated the civil rights of Latino citizens with no regard for their immigration status:

Santorum, the former US senator from Pennsylvania, accused Obama of cutting funding for Iranian dissidents and failing to step in to support the revolution, which was sparked by widespread accusations of fraud in Iran’s 2009 presidential election. “We did absolutely nothing to help” the protesters and activists fueling the Green Revolution, Santorum argued. That echoed earlier attacks when Santorum said Obama “turned his back” on Iranian protesters.

Santorum’s off the mark here.

As FactCheck.org has pointed out, President Obama repeatedly supported the right of Iranians to protest what appeared to be widespread voting irregularities in an election that saw Mahmoud Ahmadinejad claim 62 percent of the vote. “I think it’s important that, moving forward, whatever investigations take place are done in a way that is not resulting in bloodshed and is not resulting in people being stifled in expressing their views,” Obama said three days after the election.

Days later, Obama railed against the Iranian government’s “violent and unjust actions against its own people.” The United States, he said, “stands with all who…exercise” the “universal rights to assembly and free speech.” And there were more supporting statements like these from the administration.

It’s true that Obama didn’t dive headlong into supporting the Green Revolution as some might have hoped, but for good reason: The president insisted he did not want to give a Ahmadinejad a “tool” to undermine the revolution. Even then, as FactCheck.org puts it, “The fact is Obama treated both cases similarly: condemning the government’s use of violence against their own citizens and supporting the protesters’ right to protest.”

Another Republican debate, another opportunity to call out Barack Obama’s alleged softness on national security.

Toward the end of Wednesday night’s presidential debate in Mesa, Arizona, when the conversation shifted to foreign policy, newly minted back-runner Newt Gingrich tossed out some tried-and-true applause bait:

That’s one thought. Here’s another: 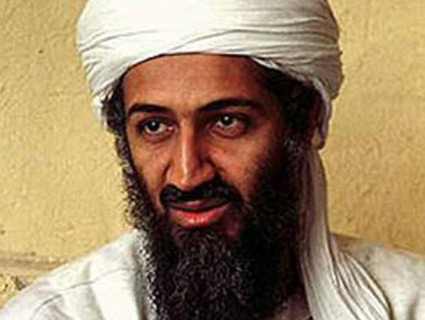 Here are a few more:

Kim Jong Il didn’t do too well during the Obama years, either, but we’ll be fair and chock that one up to coincidence.

So there you have it: A whole bunch of America’s enemies, now in a terminal state of not being safe.

Who wants that two hours of their life back? #cnndebate

The street party outside of the #CNNdebate is playing “Play That Funky Music White Boy.”

Why are there so many debates anyway? I’ve seen better policy discussions on Two and a Half Men. #CNNdebate

BREAKING: Very little of this matters if economy tanks/continues to grow.

Romney on misconception question: STFU John, I’ll answer your question in an entirely irrelevant way if I so choose.

Biggest misconception about Newt? Something about people not having the same view of Newt as Newt’s view of Newt, I think.

Ron Paul, winner of zero states: biggest misconception about me is media myth that I can’t win.

Mitt: You can tell NCLB is good because unions don’t like it and they’re bad. That’s an argument?

Wait, did Romney just say Syria is Iran’s route to the sea? Or vice versa? They both touch water, according to, well, maps.

What’s going on in Syria right now, explained >> mojo.ly/yvglkR Maybe the GOP candidates should read it too. #CNNdebate

Note the time, 9:34pm, 94 minutes into the debate: the first time that a question was asked about Syria.

In fairness to Newt, I’m guessing a decent amount of people in Pakistan, Yemen and Somalia consider Obama pretty dangerous.

Obama is much tougher on Iran than any other Republican has been since the revolution in 1979. Just sayin’.

#RonPaul on a rant against foreign aid. Says it all goes to “our enemies.” #cnndebate

Gingrich: “All of us are more at risk today than at anytime in the history of our country” @cnndebate

Mitt: We must stop the President from killing our enemies and ending our wars. #CNNDebate

Consistent, courage, resolute, cheerful. Which Dwarf would YOU vote for?

On immigration and self-deportation:

Note: Illegal immigration way down. That’s what a shitty economy does, ya’ll.

What exactly is “self deportation”? This >> mojo.ly/wm9MgL

“Arpaio’s office ‘implemented practices that treat Latinos as if they are all undocumented'” bit.ly/tHJXbb

On birth control, abortion, and religion:

Having acid flashback to the Personhood forum where the candidates discussed human-jellyfish hybrids: bit.ly/w3qn5S

We’re going to need a morning after pill after this convo. #moveon!

Fact check on Romney and Plan B in Mass. tinyurl.com/8yhzvnq

This is the sound of GOP uniting Dem base.

What you should know about Ron Paul’s past and birth control: mojo.ly/yNkqV2 #cnndebate

If you want less accidental pregnancies, by all means, don’t let kids use contraception. #CNNdebate

What War on Religion? motherjones.com/politics/2012/…

Here’s a CNN report about Obama and the Born Alive Infants Protection Act that Newt said nobody ever asked about youtu.be/QPZCXcTwZPY

On earmarks (or, “On the fervent desire to stop talking about earmarks”):

That earmark conversation went round and round, leading nowhere.Crowd seems very sympathetic toward Romney. #cnndebate

this earmark debate is a hot mess.

Pssst, John King: Regain control man. There are many more important things than earmarks. Eurocrisis, for one.

Ouch: Santorum calls Ron Paul “one of the most prolific earmarkers in Congress.” #cnndebate

Perry is in the audience. (The clown car needed a driver.) #cnndebate

Rick Perry is like the Boobie Miles of this debate.

Hoping Herman Cain comes out as the half time act. #wemisshermansgoldtie

Wake up @JohnKingCNN! We’re all asleep, but you’ve gotta ref!

Santorum is like that girl on How to Make it in America who has a hostile listening face. #CNNdebate

At the end of this round all the candidates will hold up the pictures they are drawing and audience will vote. #cnndebate

Santorum: “AKenyan, a Muslim & a socialist walk into a bar. And then he makes everyone have an abortion.” #cnndebate

After Romney’s Costanza joke, I’m doubling down on my snickers-with-a-fork theory.

Full debate coverage as always at MoJo. By which I mean @AndrewKroll and I will probably just end up writing five posts about Beezlebub.

This is the 20th GOP debate. We’ve live-tweeted ALL OF THEM. #profilesincourage

Ladies: to protect yourself from the misogyny emanating from your TV tonight, you may want to stuff aspirin into your ears.