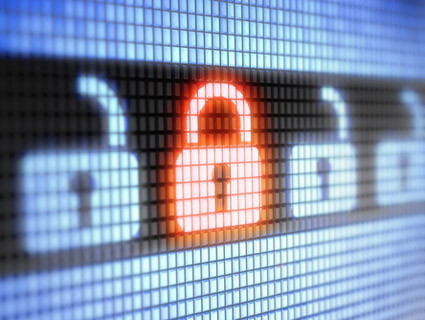 Netizens beware: Depending on a house committee’s debate over the Stop Online Piracy Act today, you could face felony charges instead of a fine the next time you illegally grab a song or movie off the Internet. The website that served up your digital pirate’s booty could be shut down, blocked from Google and other search engines, and have its US bank accounts closed. Uploading is on the hot seat, too. If the bill passes and your next YouTube upload includes copyrighted music or video, you could be committing a felony. Even Facebook and YouTube, sites that exist to share user-generated content, could be held liable if just a few copyright-infringing links are discovered among the millions their users share daily.

The act, also known as SOPA, has set off a battle between major Internet players—Google, Facebook, and Wikipedia among them—and big media and entertainment companies that stand to benefit from SOPA’s proposed copyright protections.

Jimmy Wales, Wikipedia’s co-founder, has threatened a temporary shutdown of English-language Wikipedia pages to protest the law if it passes. In November, the front pages of Mozilla, Reddit, and Tumblr urged users to “stop Internet censorship” by signing an anti-SOPA petition and contacting local lawmakers to demand that they vote against the bill.

Not to be outdone, a broad group of entertainment companies, including Time Warner, Disney, and the Motion Picture Association of America, have been lobbying Washington in support of SOPA. They released a joint letter to Congress this week, emphasizing that without SOPA, websites with pirated content will continue “destroying American jobs and causing billions in lost revenue.”

SOPA’s rules and enforcement methods are much harsher than the US’s current copyright infringement law, the Digital Millenium Copyright Act. The DMCA gives site owners a chance to remove infringing content before a copyright holder can sue. But under SOPA, if a website is registered in the US, a copyright owner could immediately sue the offending site and order search engines to stop linking to the site in question. If a website is foreign but directed at US users, the US Department of Justice could file a court order against the site owner without first warning them to take down the offending content.

So if SOPA is just a copyright infringement law, why are Google and Wikipedia so bothered by it? Their concern is that SOPA—and its cousin Protect IP Act, the Senate’s very similar version of the bill—won’t just crack down on Internet piracy. Internet freedom activists and big net companies say SOPA will squelch Internet freedom and entrepreneurship.

In a letter to the US congress, Google, Facebook, and seven other Internet companies warned that the laws would subject their companies to lengthy legal battles and needless technology-monitoring rules. “We are concerned that these measures pose a serious risk to our industry’s continued track record of innovation and job-creation, as well as to our Nation’s cybersecurity,” they wrote.

Nonsense, says Floyd Abrams, a First Amendment expert and entertainment industry lawyer. In a Washington Post op-ed on SOPA, he wrote, “The proposition that efforts to enforce the Copyright Act on the Internet amount to some sort of censorship, let alone Chinese-level censorship, is not merely fanciful. It trivializes the pain inflicted by actual censorship that occurs in repressive states throughout the world.”

But according to Yochai Benkler, co-director of the Berkman Center for Internet and Society at Harvard, the risks SOPA poses to Internet freedom are grave: Online entrepreneurship would be stifled, suppressive web-monitoring technology would flourish and spread to repressive regimes across the world, and legal uncertainties would plague web companies and users, he says.

“If you think it’s worthwhile to solve this problem of foreign pirate sites—which, admittedly, is a bad thing—it’s a question of how much of the Internet infrastructure you should risk to get rid of this one bad thing,” Benkler says. “So you’re not getting a 100 percent profit—so what? At least you’re not destroying the Internet.”