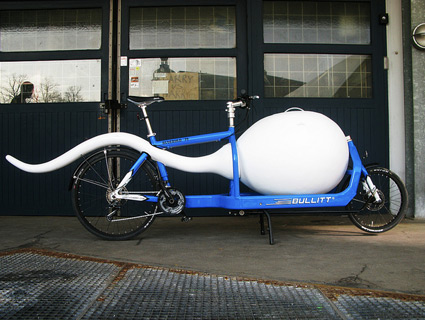 According to a new study by Argentinian scientists, published in the bluntly named journal Fertility and Sterility, the electromagnetic radiation generated during wireless web-surfing might be completely bulldozing your mojo.

The digital age has left men’s nether parts in a squeeze, if you believe the latest science on semen, laptops and wireless connections. In a report…scientists describe how they got semen samples from 29 healthy men, placed a few drops under a laptop connected to the Internet via Wi-Fi and then hit download.

A quarter of the sperm were no longer swimming around, for instance, compared to just 14 percent from semen samples stored at the same temperature away from the computer. And nine percent of the sperm showed DNA damage, three-fold more than the comparison samples…”Our data suggest that the use of a laptop computer wirelessly connected to the internet and positioned near the male reproductive organs may decrease human sperm quality,” [Dr. Conrado Avendaño of Nascentis Medicina Reproductiva and his colleagues] write in their report. “At present we do not know whether this effect is induced by all laptop computers connected by Wi-Fi to the internet or what use conditions heighten this effect.”

A separate test with a laptop that was on, but not wirelessly connected, found negligible EM radiation from the machine alone.

The study makes it clear early on that none of this—even when taken together with past scientific reports—is conclusive; these cases of MacBook-cooked spermatozoa shouldn’t lead avid tech-users to prematurely freak out as if we were talking about cell phones and brain tumors. And although male infertility has been linked to things as diverse as hormone imbalance, some types of medicine, heavy smoking, and conditions that cause abnormally high temparature of the testicles, leading experts in the field are hesitant to embrace the “wireless Internet is frying your junk” narrative.

“This is not real-life biology, this is a completely artificial setting,” Dr. Robert Oates, president of the Society for Male Reproduction and Urology, told Reuters. “It is scientifically interesting, but to me it doesn’t have any human biological relevance…[A]ll of this angst is created for real-life actual persons that doesn’t have to be.”

Moreover, there has yet to be a comprehensive study that examines whether laptop use—wireless or Ethernet—has any effect whatsoever on fertility or pregnancy. So rest assured: there’s still a good chance watching season four of Parks and Recreation on Hulu with your Dell resting on your lap won’t make you sterile.