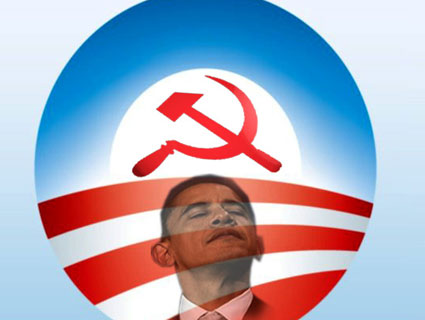 At first glance, Tuesday’s DC Circuit Court of Appeals ruling looks like a slam-dunk win for defenders of the Affordable Care Act. A closer look suggests that the law’s defenders have yet to come up with a strong response to their opponents’ most effective arguments.

The opinion was written by Ronald Reagan appointee Lawrence Silberman and joined by Jimmy Carter appointee Harry Edwards. The dissenting opinion from George W. Bush appointee Brett Cavanaugh avoids arguing the legal merits of the challenge, instead arguing that the courts don’t have jurisdiction to decide the case before the law goes into effect. The key paragraph in Silberman’s opinion comes towards the end, as he notes previous historic instances in which regulation considered “intrusive” by opponents were upheld:

It certainly is an encroachment on individual liberty, but it is no more so than a command that restaurants or hotels are obliged to serve all customers regardless of race, that gravely ill individuals cannot use a substance their doctors described as the only effective palliative for excruciating pain, or that a farmer cannot grow enough wheat to support his own family. The right to be free from federal regulation is not absolute, and yields to the imperative that Congress be free to forge national solutions to national problems, no matter how local–or seemingly passive–their individual origins.

Conservatives have argued that the mandate forces individuals who would otherwise not buy health insurance to engage in commercial activity. The government points out that since everyone ultimately seeks medical treatment, the distinction is meaningless. Silberman, like previous judges who have upheld the ACA’s individual mandate, argues that the “activity/inactivity” distinction doesn’t fit with prior legal precedents establishing the authority of Congress to regulate interstate commerce under the Constitution.

What the law’s critics will seize on, however, is Silberman’s observation that although the government argues that “the Government does stress that the health care market is factually unique,” it “concedes the novelty of the mandate and the lack of any doctrinal limiting principles.”

While “novelty” isn’t inherently an issue when it comes to the constitutionality of a given law, the “lack of any doctrinal limiting principles” is the most powerful argument critics of the ACA have, the idea that if the government can force you to buy health care, it can force you to do anything. Silberman describes this argument as “troubling, but not fatal,” because of prior legal precedent supporting the ACA. The law’s defenders unquestionably have legal precedent on their side. But its opponents have an incredibly effective political argument based on constitutional first principles.

The reason politics may matter more than legal precedent is simply that judges, for all the pretense and rhetoric about faithfully interpreting the law, are political actors with their own personal ideologies. More importantly, although the Supreme Court has only rarely favored those seeking to limit the government’s power under the Commerce Clause, it has done so recently when government lawyers were unable to articulate any “doctrinal limiting principles” on the government’s authority. UCLA Law Professor Adam Winkler refers to this as the “gotcha question,” essentially arguing that the government’s inability to “articulate meaningful limits on Congress’ power” may prove to be the law’s undoing.

Despite the ACA’s decisive victory on the DC Circuit, Silberman’s ruling shows that the law’s defenders clearly haven’t figured out how to do that yet. Although that may not be a “fatal” flaw in Silberman’s view, the conservative Supreme Court Justices the government needs to persuade are likely to feel differently.