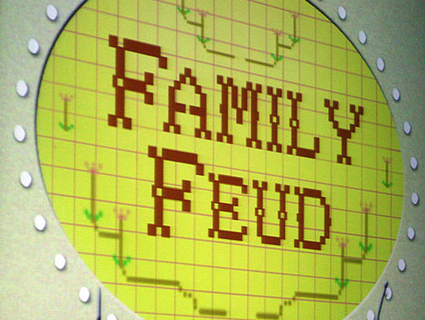 Amy Kremer is the co-chair of the Tea Party Express, a fairly successful tea party enterprise created by a couple of California GOP political consultants. Jenny Beth Martin is a co-coordinator of Tea Party Patriots, a large tea party umbrella group which Kremer helped found. Both women are from Georgia. They were once friends. Today, though, it’s safe to say that they basically hate each other.

In 2009, Tea Party Patriots kicked Kremer off its board for going on a Tea Party Express bus tour. When she left, TPP sued her claiming she stole their intellectual property. Kremer countersued for slander and blocked TPP’s trademark application. The litigation has been dragging on ever since. In May, TPP won a restraining order against Kremer ordering her to hand over control of an inconsequential TPP Google group. The legal in-fighting has been remarkably petty. But now, the Kremer-Martin feud seems to have reached a new low.

Earlier this month, Kremer’s daughter, Kylie, sued Martin and her husband, Lee, who was TPP’s treasurer for a while. Kylie Kremer argues that the Martins defamed her by posting false and scurrilous allegations about her on Facebook. According to her lawsuit, last year, a “Dale Buttersworth” posted on a public Facebook group that Kylie had been raped, and that when she reported it, Amy and her boyfriend kicked her out of the house. Buttersworth, according to the lawsuit, is Lee Martin. Kremer is asking for unspecified damages and legal fees.

Lee Martin is no stranger to controversy. In 2006, he was involved in a name-calling incident while campaigning for a state GOP candidate against a black woman also running in the GOP primary. The woman claimed that Martin had called her a racist and a fat pig while she was campaigning. He, in turn, he took out an arrest warrant against her alleging she called him a racist and fat pig, and accused her of interfering with a political campaign. (Nothing seems to come of it, but it made the local papers.)

That Lee Martin often posted Internet comments under the name Dale Buttersworth was apparently pretty common knowledge among tea partiers. Someone posting under the name “dbutterworth10” in February posted several comments on Mother Jones, in fact, on a story about Lee Martin’s involvement with TPP. (Martin was handling the group’s money even though he had run a business into the ground and owed hundreds of thousands of dollars in back taxes.) Butterworth’s comments on the Mother Jones story were highly personal attacks, alleging that various sources in the story were sleeping with each other and cheating on their spouses. Some of the comments had to be deleted, but as soon as they were posted, other commenters chimed in and claimed “dbutterworth10” was Lee Martin’s well-known pseudonym.

Kylie Kremer apparently obtained the Facebook records before filing suit, and confirmed that the Buttersworth comments posted about her on Facebook were indeed from Lee Martin. Whether that gives her suit any legs is less certain, as is any connection to TPP or Jenny Beth Martin. The suit names them both as defendants. But it’s clear that TPP is going to continue to spend a lot of its members’ donated money paying lawyers to continue a feud that has nothing to do with limited government or fiscal responsibility.