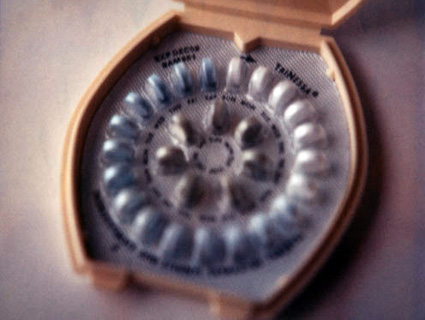 The “personhood” amendment on the Mississippi ballot on November 8 doesn’t just ban all abortions—an issue that my colleague Tim Murphy has covered quite well. It would also likely outlaw several types of birth control and possibly make all forms of hormonal contraception illegal in the state.

Mississippi anti-abortion activists want to define personhood as starting when a sperm fertilizes an egg. In that case, it would likely make intrauterine devices (IUDs), which can prevent pregnancy by blocking the implantation of a fertilized egg in the uterus, illegal. (IUDs can also prevent sperm from fertilizing the egg in the first place, and IUDs with hormones also operate much like regular old birth control pills, but that doesn’t seem to matter to anti-abortion activists.)

The measure would also almost certainly make Plan B, also known as emergency contraception or the “morning after” pill, illegal. This high dose of hormones is used to prevent a woman from ovulating, but anti-abortion groups also insist that it can prevent a fertilized egg from implanting (despite the fact that scientists say there’s no evidence that’s the case). Needless to say, anti-abortion groups don’t like Plan B very much, either.

But the law could also introduce the possibility of banning any form of hormonal birth control. Generally, “the pill” (as well as the shot, the patch, and the ring) work by stopping ovulation. But some anti-abortion groups argue that there can be failures on that front, and the doses of hormone could possibly also work by stopping implantation should an egg and sperm still manage to meet up.

Irin Carmon has an excellent piece on the implications over at Salon:

If this initiative passes, and fertilized eggs on their own have full legal rights, anything that could potentially block that implantation—something a woman’s body does naturally all the time—could be considered murder. Scientists say hormonal birth-control pills and the morning-after pill work primarily by preventing fertilization in the first place, but the outside possibility, never documented, that an egg could be fertilized anyway and blocked is enough for some pro-lifers. Indeed, at least one pro-Personhood doctor in Mississippi, Beverly McMillan, refused to prescribe the pill before retiring last year, writing, “I painfully agree that birth control pills do in fact cause abortions.”

This kind of slippery slope reasoning has long been a favorite rhetorical strategy of anti-abortion groups, and the personhood measure fits into the strategy they’ve been using around the country for years. And as Carmon highlights, this isn’t an “unintended consequence” of a vague ballot measure—it’s part of the goal of extreme anti-abortion activists in the state.