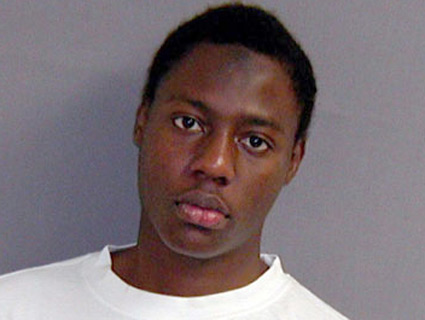 On Wednesday, almost two years after failing to blow up a passenger plane headed for Detroit with a faulty bomb placed in his underpants, Nigerian national Umar Farouk Abdulmutallab quietly pleaded guilty to his crimes in federal court. The plea will likely land him in prison for the rest of his life.

“Contrary to what some have claimed,” Attorney General Eric Holder said Wednesday, “today’s plea removes any doubt that our courts are one of the most effective tools we have to fight terrorism and keep the American people safe.” But if a bipartisan group of senators have their way, the courts may never be used this way again.

At issue is a provision in the National Defense Authorization Act that could be called the “Abdulmutallab rule.” When Abdulmutallab was first apprehended and interrogated by federal agents, Republicans expressed outrage that he wasn’t shunted into indefinite military detention, suggesting that the decision to read Abdulmutallab his Miranda rights after he stopped cooperating showed leniency or weakness rather than respect for the law. The provision mandates the military detention of terrorism suspects believed to be members of Al Qaeda-affiliated groups, even if they’re apprehended on American soil. This turns the presumption of innocence on its head, since it essentially concludes someone is a terrorist without so much as a trial.

The bill also authorizes the indefinite military detention of American citizens and permanent residents if they are suspected of links to Al Qaeda, something so controversial that even the Bush administration balked at it, slipping Jose Padilla back into the criminal justice system after years of military detention in order to avoid a confrontation with the Supreme Court. Congress is preparing to overturn a precedent that was followed almost without exception by the Bush administration: Domestic terrorism arrests are the province of law enforcement, not the military. The provision passed out of the Democratic-controlled Senate Armed Services Committee with only a single dissenting vote, from Sen. Mark Udall (D-Colo.).

“It’s a ‘bipartisan compromise’ that would effect a sweeping change in the way the US government handles domestic counterterrorism investigations,” says Ben Wittes, a scholar at the Brookings Institution who supports the use of both military commissions and federal courts to try suspected terrorists. Wittes says that the provision as written could potentially disrupt FBI investigations in progress by forcing the bureau to get a waiver from the defense secretary saying it’s okay to hold the suspect outside of military detention.

The first draft of the bill may have won support from both parties in Congress, but opposition to the detention provisions is somewhat bipartisan too, another manifestation of how much continuity between the two administrations there’s actually been. The Obama administration has threatened a veto, and several former Bush administration officials have warned against limiting the options for dealing with terrorism suspects. “If a key objective is ensuring that accurate intelligence is quickly obtained, then the executive branch needs some latitude and flexibility to account for the specific context and exigencies of each terrorism case,” says Bush-era Deputy Assistant Secretary of Defense for Detainee Affairs Matthew Waxman. “These provisions curtail that necessary flexibility.”

Waxman’s successor at the Bush-era DOD, Charles Stimson, wrote that Abdulmutallab’s guilty plea proved that “the president—any president—must have all lawful tools available to him during wartime. He must have the flexibility to use the most appropriate tool at any given time. In this case, the defendant was tried in the right venue, with a just result.”

Last week, Senate Majority Leader Harry Reid (D-Nev.) held up the defense authorization, citing White House counterterrorism adviser John Brennan’s concern that the detention provisions would “inject legal and operational uncertainty into what is already enormously complicated work.” The Senate is trying to hash out a compromise, but the legislation also has to pass the Republican-dominated House. It seems possible, even likely, that the “Abdulmutallab rule” could survive, and along with it, the part of the bill authorizing the indefinite military detention of American terrorism suspects. Responding to Reid, Senator John McCain (R-Ariz.) defended the provisions on the floor of the Senate, saying that the rule only applies in a “very narrow set of circumstances,” such as “the December 2009 attempt to bomb a civilian airliner over Detroit.”

But Chris Anders, senior legislative counsel with the American Civil Liberties Union, points out that the bill assumes a capacity the US military doesn’t have. “There are no regular military police in Michigan, there’s no JAG, there’s no brig, there is no military capacity in the state of Michigan to hold a suspected terrorist for life,” he says. “But there is an FBI office, several United States attorneys, US Marshals; there’s a whole law enforcement apparatus trained in interrogating, detaining, and trying terrorist suspects in Michigan and throughout the United States,” Anders says. “The military’s capacity for detention of terrorist suspects outside of Afghanistan, Iraq, and Guantanamo is pretty much nonexistent.”

Then there’s indefinite detention of US citizens and permanent residents. Although military detention for citizens isn’t mandatory, it is permitted. Both Bush and Obama dodged cases headed for the Supreme Court fearing that the justices might rule domestic military detention for US citizens and legal permanent residents unconstitutional. But relying on the courts to settle the issue could take years.

“I’m sure it will be challenged,” says Daphne Eviatar, a senior associate at Human Rights First. “But the courts have generally been reluctant to overturn US policies related to national security, and it takes years for a court to touch something like this.”

Wittes, who unlike Anders and Eviatar supports the use of military detention and prosecution for terrorist suspects, nonetheless believes Congress is making a mistake by micromanaging the process this way.

“You want the options on, not off, the table…that’s a lesson the governing left had to learn, and it’s one the nongoverning right seems to have forgotten,” Wittes says. “No Republican, not even Michele Bachmann, is going to get elected president and discover the universe of domestic terrorism cases they want to treat under the criminal justice system is zero.”