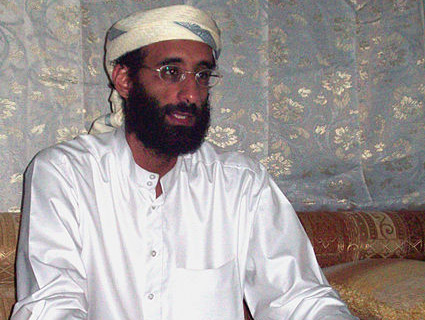 Radical cleric Anwar al-Awlaki, the only publicly known name on a “kill list” of US citizens abroad that the government believes it has the authority to assassinate without charge or trial, was reportedly killed in Yemen on Friday morning by an American airstrike. His death marks the first public example of the US government successfully targeting and killing an American citizen abroad based on the suspicion of terrorist activities.

Awlaki emerged in recent years as one of the most recognizable figures associated with Al Qaeda, largely because US officials had linked him to high-profile attacks (and attempted ones), including Nidal Malik Hasan’s Fort Hood rampage, Faisal Shahzad’s botched attempt to explode a car bomb in Times Square, and Umar Abdulmutallab’s failed Christmas Day plane bombing. Nevertheless, the extent of Awlaki’s operational role in any particular plot was never proven, raising the uncomfortable question of whether or not the US government had asserted the authority to kill a US citizen based solely on his ability to “inspire” terrorism through extremist sermons and magazine articles.

Though Awlaki was never indicted in a court of law, he was essentially convicted in the court of public opinion, with the mainstream media largely uncritical of the government’s shifting explanations for why he was legally targetable. State Department Legal Adviser Harold Koh has argued that “a state engaged in an armed conflict or in legitimate self-defense is not required to provide targets with legal process before the state may use lethal force,” meaning that killing Awlaki without trial is justifiable because he was a suspected member Al Qaeda in the Arabian Peninsula, a faction at war with the United States.

Last December, a federal court dismissed a lawsuit filed by the American Civil Liberties Union and the Center for Constitutional Rights on behalf of Awlaki’s father, Nasser, seeking to compel the government to disclose the internal legal process by which it determines that it has the authority to kill an American citizen based on the suspicion of terrorism. Judge John Bates ruled that the plaintiffs lacked standing to bring the suit because Awlaki could have brought the case himself and chose not to, and that there were “no judicially manageable standards” by which the court could evaluate the government’s authority to kill an American terrorism suspect.

The United States has wrongly announced the death of suspected terrorist figures before. However, if he has in fact been killed, he would be the second American citizen the US has acknowledged killing in the context of a strike against an Al Qaeda-affiliated target. The first was Kamal Derwish, who was born in Buffalo, New York, and killed in a drone strike in Yemen in 2002. Back then, US officials felt compelled to assure reporters that he was not the actual target and that they weren’t aware he was in the car that was destroyed until after the strike. Perhaps they were worried about the legal implications of asserting that a US president possesses the ultimate power of life or death over an American citizen.