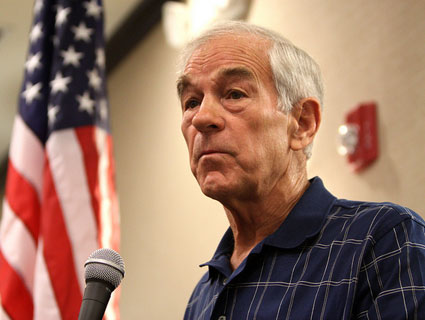 GOP presidential candidate, Ron Paul, believes that government must get out of the health care business, allow the free market to establish pricing for healthcare services, and leave it to seniors and the poor to financially manage their health care needs.

If you are wondering how the poor and the elderly are to do this without safety net programs such as Medicare and Medicaid, a visit to candidate Paul’s campaign website reveals the basis for the Congressman’s belief that the healthcare system will step up to care for the poor and elderly at no charge.

In the days before Medicare and Medicaid, the poor and the elderly were admitted to hospitals at the same rate they are now, and received good care. Before those programs came into existence, every physician understood that he or she had a responsibility towards the less fortunate and free medical care was the norm. Hardly anyone is aware of this today, since it doesn’t fit into the typical, by the script story of government rescuing us from a predatory public sector.

It strikes me that it is time to put Paul’s theories to the test to determine how a typical American senior citizen would survive in a world without Medicare.

To do so, a few groundrules we should all be able to agree on need to be established.

The concept of physicians and hospitals caring for the poor and elderly at no charge is certainly no longer the norm—nor would it be possible in today’s America. In California alone, some fifty percent of the state’s physicians refuse to see Medicaid patients, unless it is an emergency, because they cannot get by on the small fees paid them by the state’s Medicaid program. What is the likelihood that this is going to change when they cannot even receive the tiny stipend currently provided by Medicaid? And how could a cardiologist attempting to handle the arrival of all those clogged baby-boomer arteries manage to stay in business if she had to continuously provide free services?

It’s not that these doctors are hard hearted. Today’s medical economics are such that physicians cannot handle the growing number of people who would require free services and manage to keep their doors open—and it would be no different if the free market were in control of the profession. Whether government is setting the payment rates or the market is responsible, under either system, free is still no payment at all.

Further, medicine—and what it can accomplish today—has changed a great deal since the days preceding Medicare and Medicaid. By way of example, a woman receiving a breast cancer diagnosis in the early 1960’s, before the advent of Medicare and Medicaid, had a 63 percent chance of surviving for five years. Today, that number is 90 percent.

This dramatic and welcomed improvement is the result of far better screening and major steps forward in chemotherapy, radiation treatments and advanced surgical procedures.  While these improvements are wonderful, they cost money. This would be the case even were we to have a full-blown consumer driven medical system and all those allegedly burdensome regulations were lifted from the backs of the pharmaceutical companies.

So, bearing in mind these realities of life in 2011 are quite different than what Ron Paul experienced 50 years ago, let’s see how Congressman Paul’s plan would actually work out if he were to become President Paul.

Meet Betty, a purely fictitious character created in my mind for purposes of demonstration, but someone who I’m confident you will recognize.

Betty is 68 years old and is now retired. A hard worker, Betty took a few years off to raise her kids when she was young before returning to work when she was 30 years of age.

During the first 10 years of Betty’s employment, she earned, on average, $12,000 a year—an amount sightly better than the average salary of that era. For the next 10 years, Betty, having received a promotion, earned an average of $25,000 per annum, again an amount well above the national average. For Betty’s final 15 years of employment, she averaged $50,000 a year, an excellent salary taking into the consideration the national averages (while $50k is the average today, it was considerably less 18 years ago.)

Betty, a Democrat, would have liked it had Lyndon Johnson succeeded in creating Medicare—but it was not to be. As a result, Betty understood that it was up to her save for her retirement years so that she would have enough money to handle the medical costs that come with old age.

With that in mind, Betty determined to put 3% of her gross salary each year into long-term certificates of deposit where she felt she could get the best return without taking undue risks with money she knew she would need someday. It galled her that Medicare would have only taken half as much from her salary (Medicare contributions are 1.5% of your salary) to provide for her health care in retirement, but she was resolved to do the right thing.

By the time Betty retired at age 65, and thanks to compounding interest on her CD’s over the years (determined by taking an average interest rate for each period of Betty’s changing salary) , Betty had $83,000 in her medical fund.

While she retired in good health, Betty did inherit her family’s history of hypertension for which she now takes medication. Thanks to Ron Paul’s efforts to remove those silly safety regulations from the backs of the pharmaceutical companies, Betty’s daily dose of a generic brand of Atenolol now only costs $3.00 per day rather than the $4.60 it cost before Paul became President.

Betty understands that she must visit her physician annually to make sure she is taking the correct dosage of the medicine and that her hypertension is staying under control. After shopping for a competitive price, she was able to get with a doctor who charges her only $75.00 for the visit.

Betty estimates that based on her family medical history, her tendency to take good care of herself, her avoidance of tobacco products and growing lifespan expectations, she should live to 85. That means her medication and annual doctor visits to control her hypertension will cost, at her current price, $23,500 over the remainder of her life. Recognizing that prices are likely to go up a bit over the 20 years she expects to remain alive post retirement, she hopes that the interest she is earning on the money in her medical account will defray the increases.

In addition to her treatment for high blood pressure, our heroine understands that, at her age, there are other medical considerations to be taken into account. She wants to be sure that should anything go wrong with her health, she can catch it before it becomes too serious or too costly.

Betty shops around for good doctors offering competitive prices and only submits to blood tests every two years, as she is pretty sure the doctors only administer these tests every year to cover their rears. She also gets an annual gynecological exam, a yearly eye exam and, of course, an annual mammogram.

Again, thanks to Ron Paul, the cost of these visits, tests, etc., have come down since he freed America from the shackles of government provided health care. Betty finds she can get all this medical attention for only $500 a year. Calculating the cost of these services over the estimated remainder of her life, and adding in the cost of her hypertension treatment and care, Betty figures she’ll be spending about $33,000, leaving her with $50,000 in her medical care account.

In her 70th year, the unexpected happens. During her annual mammogram, Betty learns that she has stage II cancer. While nobody likes to hear such a diagnosis, Betty is fortunate. The cancer appears not to have spread beyond the lymph nodes surrounding the affected breast. A mastectomy and a course of ‘follow on’ radiation will provide Betty with a very good chance of survival.

Before Ron Paul reformed the system, the average cost of surgery, anesthetic, hospital stay and follow up visits for a mastectomy cost, on average, $45,000. The follow on radiation treatment cost about $7,000.

With Paulcare, the costs of these treatments and surgeries have been reduced by 20 percent, leaving Betty with a bill for $26,000.

After paying for her life-saving cancer treatment, Betty’s medical fund now stands at $17,000—nowhere near enough to pay for the twice per year (if not four times a year) follow up visits to her oncologist that will be required for the rest of her life including at least a semi-annual CT scan, her hypertension treatments, her annual gynecological exams, etc. Indeed, Betty is going to run out of her medical fund long before she reaches 85–and this does not factor in the inevitable higher costs of medical care as Betty nears the end of life unless she is lucky enough to die quickly and unexpectedly, or, as Allan Grayson would say, the Republican healthcare plan.

And should she live beyond 85, Betty may well wish she did not.

Poor Betty. She saved, she shopped and she took personal responsibility. She did everything Ron Paul said she should but it simply was not enough.

Ron Paul’s notion of caring for the elderly works great if the senior citizen in question is wealthy. But if we are talking about the average American over 65, not so much. In Ron Paul’s America, Betty’s only hope was to never get sick.

Let’s hope that our friend Betty belongs to a wealthy church.

A number of commenters have asked why Betty doesn’t have health insurance. Like most Americans, Betty received her health care benefits at work. Once she retired, she had the benefit of COBRA for a short period of time and then she was on her own. In the world as we know it, Betty woulld be switched over to Medicare. But in the world of Ron Paul, there would be no Medicare. If Betty wants insurance she’ll have to buy it in the open market. As a person with hypertension, a clear pre-existing condition, and being 65 years old, the chances of anyone agreeing to insure Betty is slim to none. And, if she did find a policy, the premiums would be so high – even in a Ron Paul world-that she would eat through her medical savings in a very short period of time.