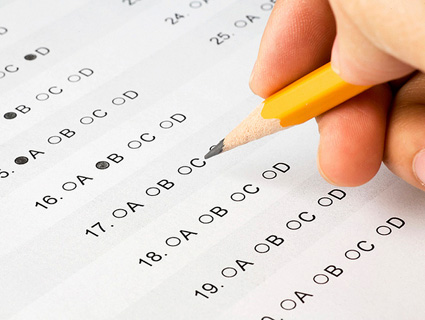 This summer, as students enjoyed their summer vacations, education officials in many states were busy handling sweeping investigations into teacher cheating. In one school district in Atlanta, at least 178 teachers and principals were implicated in a widespread falsification of student test scores. They had taken students’ standardized test sheets, erased wrong answers and replaced them with the right ones. One teacher told investigators that the district was “run like the mob,” and that she was afraid of retaliation if she didn’t participate.

The cheating in Atlanta was uncovered in part thanks to two simple checks that states can conduct to look for suspicious test results.

The same machines that grade the penciled-in bubbles of standardized tests can also tally how many answers on the tests have been erased and changed from wrong to right. The technique, called “erasure analysis,” flags suspicious patterns of answers that may indicate teachers have tampered with answer sheets to inflate their students’ scores.

In Atlanta, students’ test scores also jumped or dropped from year to year in unlikely ways. Checking for such dramatic swings is another way of spotting potential teacher cheating.

Yet, some of the largest states have lagged.

California stands out. The state’s Department of Education conducted erasure analysis on tests for several years but ended the program in 2009. John Boivin, an administrator in the education department, said screening was stopped as part of massive cuts after a drastic budget shortfall two years ago. (Boivin also said the erasure analysis cost the state $105,000 per year.)

Deborah Sigman, California’s deputy superintendent of public instruction, said the state ultimately had to choose between eliminating some of the tests themselves and scaling back test oversight.

Sigman also said the state has always uncovered more cheating via on-the-ground reports, which the state now relies on. The number of reports of teacher cheating has increased from 69 three years ago to 263 in the past year, she said.

“Any large districts or state that didn’t employ those techniques would have its head in the sand,” Haney said. “Given the number of large cheating scandals that have emerged over the last 20 years, any large institution would be derelict in not instituting some of the widely documented techniques for identifying cheating.”

Sigman said California plans to reinstate erasure analysis as soon as it has the money to do so—perhaps this spring.

“This is a real priority,” she said. And, she noted, “It’s kind of a small investment.”

Other states have also been slow to act. In Pennsylvania and New Jersey, officials screened for suspicious levels of erasures, only to let results gather dust for years until local journalists investigated and published the results themselves.

“People don’t want to know,” said Jennifer Jennings, a sociology professor at New York University who specializes in education. “People would rather hold their noses and hope the scores mean what they think they mean. At every level of the system, there are adults who have an interest in the scores going up.”

Such methods as erasure analysis don’t provide proof on their own that cheating has occurred. Because the screenings depend on statistical analysis, they can only say which results are typical and which ones are highly improbable.

When USA Today consulted statisticians about the 2009 test results from one elementary school in Washington, DC, they were told that so many erasures by chance were less likely than winning the Powerball grand prize with a $1 lottery ticket.

Screening methods do flag schools that are later cleared on further investigation, but screening also consistently identifies cheating that might otherwise have gone undiscovered.

Pennsylvania’s Department of Education received an erasure analysis report in 2009 that flagged dozens of schools for potential cheating but left the results untouched for two years and did not notify school districts about the anomalies. After a reporter for an education blog obtained the report and made it public, the state ordered initial investigations of 89 schools.

In Texas, assessment officials said the state’s education agency has done erasure analysis reports for at least 10 years. But until this year, the state had not used them to investigate schools unless school staff members or test monitors also had submitted cheating complaints.

Texas’ policy continued despite a 2007 update to the state’s education code requiring the adoption of statistical measures to screen for cheating and a procedure for investigating schools with suspicious results. Four years later, Texas is finally putting those measures in place.

Testing experts say that test security, while important, is not a substitute for screening measures.

Florida has screened a subset of high-stakes tests since 2004 and implemented a state-of-the-art analysis of all statewide test results this year.

“Generally, from leadership we have gotten a good but nervous response. This obviously is not the kind of work that people relish doing,” said Kris Ellington, Florida’s deputy commissioner for accountability, research and measurement. “Other than that, the discomfort with it, there aren’t any drawbacks.”

Of course, instituting a more rigorous screening of test results means facing how widespread teacher cheating actually is. The new analysis revealed more suspicious results from both students and teachers than in previous years, Ellington said.

But Ellington said the problematic results represented a tiny fraction of the tests administered—and that screening has given Florida confidence that the remainder of its scores are valid.

“We want to make sure that no corruption is part of this process,” she said. “We don’t believe that there are big pockets of problems. But we can’t just live in our happy place and believe it. We have to know it.”