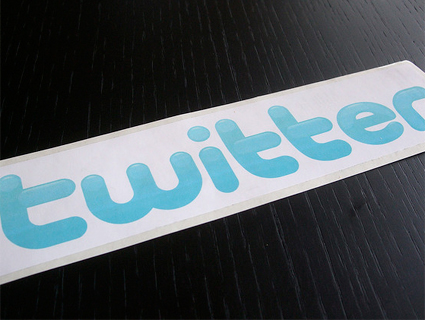 Someone in the oil industry appears to be resorting to astroturfing to bolster support for the controversial proposed Keystone XL pipeline, which would carry tar sands oil from Alberta down to Texas if approved by the Obama administration. The Rainforest Action Network thinks the American Petroleum Institute and its oil lobby allies are behind a slew of fake Twitter accounts designed to prop up public opinion about the pipeline.

The final decision on the project lies with the State Department and is expected before the end of the year. The proposal has raised concerns among environmentalists, farmers, ranchers, and landowners in the region, however. Many tweeps following the debate have been using the hash tag “#tarsands” to discuss the pipeline. On Wednesday morning, RAN noticed a group of Twitter handles posting the same tweet, “#tarsands the truth is out!” followed by a link to the API webpage about the tar sands. Then those accounts sent out another link, this time to the Nebraska Energy Forum, a state-based group sponsored by API that has also been heavily involved in promoting tar sands development. I sent a request to API for comment about whether they are, in fact, behind the handles, but I have not yet received a response.

RAN’s Brant Olson has compiled a bunch of the seemingly fake handles. It’s pretty amusing that whoever is behind them bothered to make them sort of seem like real people. Take, for example, droidude7816, just a regular old Star Wars fan from Chicago who’s “in a intimate relationship” with his girlfriend Sarah (um, ew). His short self-description also notes, “I own pretty much every starwar movie, action figure etc.,” and “I’m also one who cares about the environment.” It even has a little photo of some doughy white guy having a light-saber fight with Darth Vader! But then all of his 27 tweets are about the Keystone XL.

There’s also SarahMama2, who claims to be just your average mother of a toddler who happens to tweet compulsively about the pipeline. And there’s JennyJohnson10, “a single woman that works full time at a fitness center” and has “2 cats 1 dog and 1 snake” but only tweets about the tar sands. Or her Twitter friend kyleland1, who claims to be a Pizza Hut manager from Omaha who believes that “if you like pizza you should also like #keystonexl and the sweet #oilsands it benefits #nebraska.”