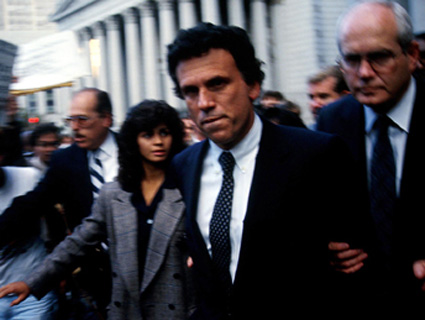 If, 20 years from now, a major public university were to name a program after one of the most controversial figures in the financial scandals of the late aughts—say, for example, the Angelo Mozilo School of Finance, or the Joseph Cassano Department of Economics—would anyone notice? Would anyone care? A little-noticed event last week suggests not.

Last Tuesday, the University of California-Los Angeles announced that it had accepted a $10 million donation from Lowell Milken to start the “Lowell Milken Institute for Business Law and Policy.” The university’s press release described Milken as an “international businessman” and the “co-founder of Knowledge Universe, the world’s largest early childhood education company.” The Daily Bruin, the Associated Press, Los Angeles Times, and Los Angeles Daily News all decided to leave their characterizations at that. But there’s a lot more to Milken’s story.

Folks who are aware of events that happened before the Clinton administration, however, will recall that Lowell Milken is the brother and business partner of convicted fraudster Michael Milken. Michael was the “junk bond king” who, in 1990, was sentenced to 10 years in prison for six felony violations of federal law (he served 22 months). Lowell, like Michael, was indicted on federal racketeering and fraud charges connected to insider-trading violations at Drexel Burnham Lambert, the now-defunct Wall Street investment bank where both brothers worked.

Lowell Milken was never convicted—it was widely reported that prosecutors dropped the charges as part of Michael’s plea deal—but he was banned for life from working in the securities industry, and the New York Stock Exchange also banned him. Michael and Lowell “were the brain trust at Drexel Burnham,” says William Black, a professor at the University of Missouri-Kansas City who was a top investigator of the savings and loan scandals in the 1980s. “Lowell was the legal side, which is to say ‘legal’ in quotation marks.” Lowell was also a main character in Pulitzer prizewinner James B. Stewart’s Den of Thieves—the definitive account of the rise and fall of Drexel Burnham, and a book you should buy. “I think the public record is what it is,” Stewart said in a phone interview Monday. “It’s amazing to me that people do seem to forget history so quickly. I mean, it’s barely history.”

“Lowell’s reputation before and since these events is impeccable. He has never been found guilty of any wrongdoing.”

Lowell Milken vigorously disputes the depiction of him in Den of Thieves and similar reporting. When I contacted the Milkens through their foundation to talk about this story, Lowell’s spokeswoman provided an extensive statement, which I have reprinted in full below. The gist of it? “Lowell’s reputation before and since these events is impeccable. He has never been found guilty of any wrongdoing.”

Junk bonds—the high-risk issues of corporate debt that were Drexel Burnham’s specialty—eventually led to the collapse of a number of large S&L partnerships in the United States in the late 1980s and early 1990s. Those collapses (often of firms with close ties to Drexel Burnham and the Milkens) fueled the larger savings and loan crisis, which eventually cost taxpayers some $500 billion. “To a very great extent, the market [in junk bonds] owed its existence to a single individual, Michael Milken, who acted, literally, as the auctioneer,” economists George Akerlof (a Nobel laureate) and Paul Romer explained in a 1993 paper, “Looting: The Economic Underworld of Bankruptcy for Profit.” Akerlof and Romer argue that Drexel Burnham’s junk bond business was likely based on “manipulating the market.”

Michael Milken was the high-paid Wall Street executive in the 1980s, and his brother (who’s still his business partner to this day) was right there with him. As Kurt Eichenwald reported in the New York Times the week after the Milkens were indicted: “[Michael] Milken’s compensation, which topped $550 million in 1987 alone, exceeded $1 billion in a four-year period. Surely no one in American history has earned anywhere near as much in a year as Mr. Milken.” Eichenwald later noted that even after accounting for inflation, J.P. Morgan’s “income never matched Mr. Milken’s.” A Drexel Burnham lawyer later testified that Lowell had told him that “the Milkens want to become the richest family in America,” according to Stewart.

“Lowell, who the Department of Justice alleged was complicit in the frauds that Michael Milken confessed to committing, is trying to use his wealth to induce UCLA to repair his reputation.”

When Michael Milken negotiated his plea deal with federal prosecutors, he “demanded that any plea agreement provide that all charges be dropped against Lowell,” according to the Los Angeles Times‘ reporting at the time. The Milkens believe that Lowell was an innocent man who was prosecuted only to gain leverage over his brother—an argument supported by some of the news coverage in the early ’90s. But Stewart paints a different picture of Lowell as Michael’s loyal sidekick and “hatchet man,” someone who was intimately involved with many of the incidents that led to Michael’s arrest and conviction. Stewart describes the “compromise” thusly:

Finally, a compromise was struck: the US attorney wouldn’t prosecute Lowell—despite an overwhelming amount of evidence.…Dropping the charges against Lowell was the most difficult decision for prosecutors. It was justified on the rationale that he had been little more than a lieutenant, faithfully carrying out Milken’s master plan.

“Fraud is one of the leading paths to wealth and higher status,” says Black, the former regulator. “Great wealth allows frauds to buy a greatly improved reputation. Fraud was Michael Milken’s route to great wealth. One of the best ways to improve one’s reputation in the United States is to be associated with prestigious universities. After being released from prison, Michael Milken taught at UCLA to try to rehabilitate his reputation. Lowell, who the Department of Justice alleged was complicit in the frauds that Michael Milken confessed to committing, is now reprising Michael’s gambit and trying to use his wealth to induce UCLA to repair his reputation.” (The Milkens disagree with Black’s narrative, and note that many of Black’s, Stewart’s, and the Justice Department’s claims about what went on at Drexel Burnham were “either never made or never proved after possibly the most intensive securities investigation in history.”) 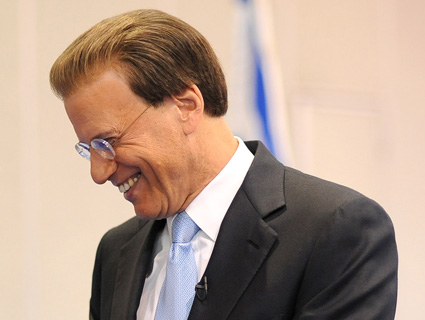 It’s true that the brothers are generous philanthropists and have put an enormous amount of effort into rehabilitating their reputations. They’ve certainly come close to succeeding in their alleged “richest family in America” ambitions—according to Forbes, Michael is one of the 500 richest people in the world, and Lowell is reportedly a billionaire too.

When I asked UCLA about the Milken donation, a spokeswoman sent me a statement on behalf of the chancellor, Gene Block, who said the university “thoroughly reviewed all the issues that have been raised before accepting this gift.” (The full statement is below.)

It’s not surprising that UCLA wouldn’t mention Lowell’s complicated past in its statement on his donation. But reporters, at least, have an obligation to inform readers about that history when writing about a $10 million gift to start a program in his name. Perhaps students, faculty, and alumni will decide that the Milkens have paid their debts to society; still, people should know that the brothers’ past, well, exists.

Milken’s donation to UCLA is not without precedent. Albert “Chainsaw Al” Dunlap—another famous businessman who was accused of fraud and forced to settle with the SEC—gave $10 million to Florida State University in 2007. Some of that money was used to establish the “Dunlap Success Center” at the university.

“The UCLA thing,” Black says, “is a great demonstration of one of my family sayings: ‘It’s impossible to compete with unintentional parody.'”

There has been much misinformation and confusion about Lowell Milken over the years with respect to a government investigation over twenty-five years ago that resulted in the indictment of Lowell along with his brother and others. This misinformation has been exacerbated by a number of books and articles that make claims and accusations, often based upon unidentified sources, that the government either never made or never proved after possibly the most intensive securities investigation in history.

Lowell Milken denied all charges and the Justice Department dropped all charges. It was widely reported that Lowell’s indictment was a bargaining chip to pressure his brother and nothing has come to light in twenty-five years to disprove this assertion. Even Lowell Milken’s settlement with the Securities and Exchange Commission was made without any admission or finding of any wrongdoing, and without any fine which was most unusual in these situations.

Lowell’s reputation before and since these events is impeccable. He has never been found guilty of any wrongdoing. We respect the fact that UCLA believes in the rule of law, justice and fairness and that in the United States of America, its citizens are presumed innocent until proven guilty.

Statement from Gene Block, chancellor of the University of California-Los Angeles:

We are deeply grateful for the vision and philanthropic leadership of Lowell Milken, an alumnus who over the years has demonstrated a long-term commitment to the strength of UCLA students and faculty. His transformative and generous gift to establish the Lowell Milken Institute for Business Law and Policy will expand the activities and impact of one of the most outstanding business law and policy programs in the nation, ensure access for generations of future leaders in the field, and promote public understanding of this vitally important area. We have thoroughly reviewed all the issues that have been raised before accepting this gift. The UCLA School of Law represents and teaches the rule of law, justice and fairness, and consistent with those principles we are proud to count Lowell Milken among our alumni and to have him associated with this Institute.