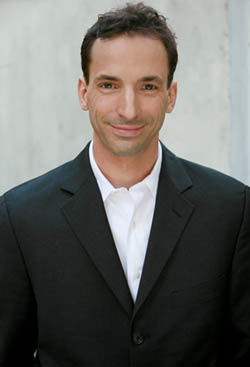 Paul Tough, author of one of my favorite books about education (Whatever It Takes: Geoffrey Canada’s Quest to Change Harlem and America), recently published two important essays on education reform. Tough usually writes for general audiences, transforming dry, wonky policyspeak into page-turners filled with rich characters. This time, Tough took a break from writing his upcoming book The Success Equation to pour some cold water on the overheated heads of education reformers.

This is significant, because Tough often covers charter schools and supports many education-reform initiatives, so I’d expect him to poke holes in the arguments of reform critics like Diane Ravitch. But this time he critiques reform proponents like Jonathan Alter and President Obama. First, in his New York Times Magazine piece, “No Seriously: No Excuses,” Tough criticizes reformers for inflating their success stories and, as a result, lowering the achievement bar for low-income students—the most sacred value education reform is built on. Tough argues that many schools that President Obama cites as shining examples of change aren’t worthy of celebration. Bruce Randolph School in Denver, for example, doubled its ninth-grade writing-proficiency rates, but only from 7 percent in 2007 to 15 percent last year. That’s significant progress, but far from anything that can be called high achievement, he argues. Not yet.

Why are increasing numbers of reformers relying on inflated examples like these? “Most likely for the same reason that urban educators from an earlier generation made excuses: successfully educating large numbers of low-income kids is very, very hard.” If you read Tough’s Whatever It Takes carefully, it becomes very clear that there are no shortcuts and no silver bullets.

Reformers also need to take concrete steps to address the whole range of factors that hold poor students back… It means supplementing classroom strategies with targeted, evidence-based interventions outside the classroom: working intensively with the most disadvantaged families to improve home environments for young children; providing high-quality early-childhood education to children from the neediest families; and, once school begins, providing low-income students with a robust system of emotional and psychological support, as well as academic support… School reformers often portray these efforts as a distraction from their agenda— something for someone else to take care of while they do the real work of wrestling with the teachers’ unions. But in fact, these strategies are essential to the success of the school-reform movement. Pretending they are not is just another kind of excuse. [Emphasis mine.]

Agreed. Many stories on successful charters or public schools fail to do what Tough did in Whatever It Takes: Go beyond the classroom and dig into all of the effective extra-institutional services and social support systems that help raise student achievement.

San Francisco’s Mission High School, for example, works with at least 20 different nonprofits. The tricky part is that replicating effective intervention programs outside of school and extending the school day cost a lot of money and requires a lot of collaboration. Where will the resources come from? We are in a period of brutal education cuts, after all. Tough doesn’t address that directly although I think he hints at the answer in his other essay, “Education Reform’s Two-Month Warning,” by suggesting that we need to overhaul Head Start and state child-protective agencies to create more targeted and effective support systems.

But more targeted outside interventions probably won’t work if they are faced with students coming from severely under-resourced schools with shorter school days, less qualified teachers, and counselors. If we ever hope to perfect and replicate those conveyor belts of success from cradle to college as Geoffrey Canada has tried through The Harlem Children’s Zone, shouldn’t reformers also form temporary coalitions with the teacher unions–as imperfect as they are—to defend the existing school budgets in exchange for less restrictive contracts or other concessions? As Mission High principal Eric Guthertz told me this spring, “I just don’t see how we will help all students achieve their highest potential without sincere collaboration between different interests.”