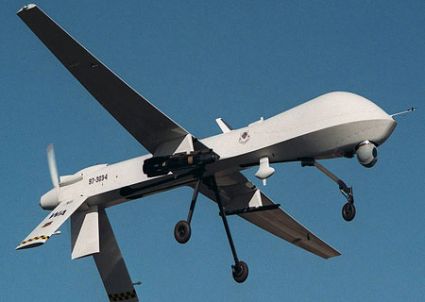 The Obama administration has come up with a remarkable justification for going to war against Libya without the congressional approval required by the Constitution and the War Powers Resolution of 1973.

American planes are taking off, they are entering Libyan air space, they are locating targets, they are dropping bombs, and the bombs are killing and injuring people and destroying things. It is war. Some say it is a good war and some say it is a bad war, but surely it is a war.

Nonetheless, the Obama administration insists it is not a war. Why? Because, according to “United States Activities in Libya,” a 32-page report that the administration released last week, “US operations do not involve sustained fighting or active exchanges of fire with hostile forces, nor do they involve the presence of US ground troops, US casualties or a serious threat thereof, or any significant chance of escalation into a conflict characterized by those factors.”

In other words, the balance of forces is so lopsided in favor of the United States that no Americans are dying or are threatened with dying. War is only war, it seems, when Americans are dying, when we die. When only they, the Libyans, die, it is something else for which there is as yet apparently no name. When they attack, it is war. When we attack, it is not.

This cannot be classified as anything but strange thinking and it depends, in turn, on a strange fact: that, in our day, it is indeed possible for some countries (or maybe only our own), for the first time in history, to wage war without receiving a scratch in return. This was nearly accomplished in the bombing of Serbia in 1999, in which only one American plane was shot down (and the pilot rescued).

The epitome of this new warfare is the predator drone, which has become an emblem of the Obama administration. Its human operators can sit at Creech Air Force Base in Nevada or in Langley, Virginia, while the drone floats above Afghanistan or Pakistan or Yemen or Libya, pouring destruction down from the skies. War waged in this way is without casualties for the wager because none of its soldiers are near the scene of battle—if that is even the right word for what is going on.

Some strange conclusions follow from this strange thinking and these strange facts. In the old scheme of things, an attack on a country was an act of war, no matter who launched it or what happened next. Now, the Obama administration claims that if the adversary cannot fight back, there is no war.

It follows that adversaries of the United States have a new motive for, if not equaling us, then at least doing us some damage. Only then will they be accorded the legal protections (such as they are) of authorized war. Without that, they are at the mercy of the whim of the president.

The War Powers Resolution permits the president to initiate military operations only when the nation is directly attacked, when there is “a national emergency created by attack upon the United States, its territories or possessions, or its armed forces.” The Obama administration, however, justifies its actions in the Libyan intervention precisely on the grounds that there is no threat to the invading forces, much less the territories of the United States.

There is a parallel here with the administration of George W. Bush on the issue of torture (though not, needless to say, a parallel between the Libyan war itself, which I oppose but whose merits can be reasonably debated, and torture, which was wholly reprehensible). President Bush wanted the torture he was ordering not to be considered torture, so he arranged to get lawyers in the Justice department to write legal-sounding opinions excluding certain forms of torture, such as waterboarding, from the definition of the word. Those practices were thenceforward called “enhanced interrogation techniques.”

Now, Obama wants his Libyan war not to be a war and so has arranged to define a certain kind of war—the American-casualty-free kind—as not war (though without even the full support of his own lawyers). Along with Libya, a good English word—war—is under attack.

In these semantic operations of power upon language, a word is separated from its commonly accepted meaning. The meanings of words are one of the few common grounds that communities naturally share. When agreed meanings are challenged, no one can use the words in question without stirring up spurious “debates,” as happened with the word torture. For instance, mainstream news organizations, submissive to George Bush’s decisions on the meanings of words, stopped calling waterboarding torture and started calling it other things, including “enhanced interrogation techniques,” but also “harsh treatment,” “abusive practices,” and so on.

Will the news media now stop calling the war against Libya a war? No euphemism for war has yet caught on, though soon after launching its Libyan attacks, an administration official proposed the phrase “kinetic military action” and more recently, in that 32-page report, the term of choice was “limited military operations.” No doubt someone will come up with something catchier soon.

How did the administration twist itself into this pretzel? An interview that Charlie Savage and Mark Landler of the New York Times held with State Department legal advisor Harold Koh sheds at least some light on the matter. Many administrations and legislators have taken issue with the War Powers Resolution, claiming it challenges powers inherent in the presidency. Others, such as Bush administration Deputy Assistant Attorney General John Yoo, have argued that the Constitution’s plain declaration that Congress “shall declare war” does not mean what most readers think it means, and so leaves the president free to initiate all kinds of wars.

In a curious way, then, a desire to avoid challenge to existing law has forced assault on the dictionary. For the Obama administration to go ahead with a war lacking any form of Congressional authorization, it had to challenge either law or the common meaning of words. Either the law or language had to give.

Jonathan Schell is the Doris M. Shaffer Fellow at The Nation Institute, and a Senior Lecturer at Yale University. He is the author of several books, including The Unconquerable World: Power, Nonviolence, and the Will of the People. To listen to Timothy MacBain’s latest TomCast audio interview in which Schell discusses war and the imperial presidency, click here, or download it to your iPod here. To stay on top of important articles like these, sign up to receive the latest updates from TomDispatch.com here.