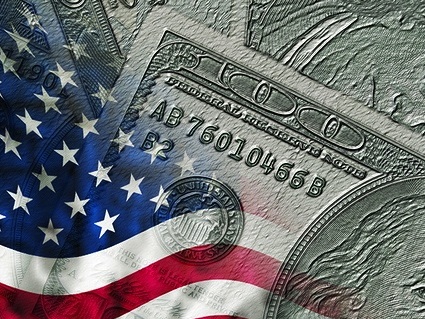 The battle against the effects of the Supreme Court’s game-changing Citizens United decision, the ruling that ripped down the wall between corporations and American elections, is gathering steam among an unlikely group: investors. With Congress unable to pass new legislation and the Obama administration so far unwilling to fix the dysfunctional Federal Election Commission, it’s corporate shareholders who are increasingly on the front lines of the effort to foist accountability on the new Wild West of political spending.

On Thursday, the shareholders of Home Depot, the country’s largest home-improvement store, will have their own chance to chip away at Citizens United when they vote on a strongly worded resolution urging the company to disclose all political campaign spending—past and projected, to candidates and third-party outfits—to elect or defeat candidates running for office. The resolution would give shareholders the chance to vote for or against Home Depot’s campaign contributions and make the firm’s top brass study whether the company’s political spending would damage Home Depot’s value and image. “The shareholders are the owners of the company,” says Julie Goodridge, CEO of NorthStar Asset Management of Boston, a socially active investment firm that introduced the measure. “They need to be voting on these kinds of contributions.” (A Home Depot spokesman referred Mother Jones to the company’s response to NorthStar’s resolution, which the company opposes, saying it already provides ample disclosure of its political spending and doesn’t believe the resolution “would provide shareholders with any more meaningful information.”)

NorthStar’s resolution capitalizes on a March ruling by the Securities and Exchange Commission allowing shareholders to demand more corporate accountability when it comes to political spending. The investment firm has introduced the same resolution with Proctor and Gamble and FedEx, which have yet to vote, while shareholders of IBM, JPMorgan Chase, and Prudential, among others, have submitted pro-disclosure resolutions, though not as tough as NorthStar’s. “Corporations that get into this business [of electioneering and unlimited campaign donations] can expect to face demands for greater transparency and greater accountability to their boards and shareholders for the actions they want to take,” says Fred Wertheimer, president of Democracy 21, a Washington-based campaign-finance reform group.

NorthStar’s decision to pressure Home Depot dates back to the summer of 2010, when the fund’s staffers watched controversy engulf big-box store Target over its political donations. Long seen as an advocate of the gay community, Target was boycotted for its $150,000 donation to a group named Minnesota Forward that ran ads in support of GOP gubernatorial candidate Tom Emmer, who opposes same-sex marriage rights. The boycott spawned pickets, viral videos, and angry Facebook groups with names like “Boycott Target Until They Cease Funding Anti-Gay Politics.” Target defended its donation, then apologized, but the backlash caused the company’s stock to plunge by 3.5 percent, or $1.3 billion, in the weeks after the Minnesota Forward donation became public.

Those losses caught Goodridge’s eye. She says her firm took action out of a fiduciary duty to its investors, and to avoid a similar controversy embroiling Home Depot. As Goodridge points out, there’s a similar conflict between Home Depot’s stated policy toward gays and the anti-gay positions of candidates funded by Home Depot’s eponymous political action committee. For instance, in 2006, the PAC donated $1,000 to Kansas Republican Sam Brownback, now the state’s governor and a supporter of a constitutional amendment banning same-sex marriage, and gave $10,000 to help Bob McDonnell’s gubernatorial campaign in Virginia. McDonnell is a staunch opponent of workplace protections for LGBT state employees.

And that doesn’t account for potential spending coming from Home Depot’s corporate treasury. According to New York City public advocate Bill de Blasio, who has publicly urged corporations not to take advantage of the Citizens United spending free-for-all, Home Depot is among the more than 80 major US corporations that have refused to rule out spending corporate treasury funds on American elections.

Worried that Home Depot’s donations could cause a backlash similar to the one Target faced, Goodridge says she and her colleagues decided to introduce their resolution to avoid a damaging controversy. She also raises concerns about how the company’s anti-gay political donations might impact its own workers. “What would it be like to be a gay or lesbian [Home Depot] employee in Virginia and know that the company is giving more to this candidate who is hostile to gays and lesbians, and also knowing that their coworker gave money to the PAC that opposes gays and lesbians?” Goodridge asks.

NorthStar’s resolution is nonbinding, which means that Home Depot can ignore the will of shareholders even if a majority of them approve it. However, the company’s executives would do so at their own risk, says Ciara Torres-Spelliscy, an assistant professor at Florida’s Stetson University Law School who’s written about corporate law and political donations. “If [the resolution] got over 50 percent of the votes and the company is still not being transparent,” she says, “it might encourage shareholders to maybe say, ‘Wow, what are they trying to hide?’ It might make them sell their stock or even replace the board of directors.”

Torres-Spelliscy and NorthStar’s Goodridge predict the resolution won’t pass on the first vote. That’s not surprising, and not a bad sign, either. Torres-Spelliscy notes that it often takes several votes to muster enough support to pass a resolutions like NorthStar’s—a weaker resolution failed in 2009 and 2010 at Sprint Nextel before earning 53 percent of the vote this spring, a victory hailed by campaign finance advocates and investors alike. The fact that shareholders are voting at all to demand more information and input on Home Depot’s political contributions will ripple throughout the company, she adds. “I think that may put the management of Home Depot on notice that this is something their shareholders care about.”

Tara Malloy, associate counsel at the Campaign Legal Center, says NorthStar’s push to compel more disclosure is a “good first step” toward dampening the effects of Citizens United. “We hope that shareholder activists continue along this path,” Malloy says. “You have to start somewhere.”