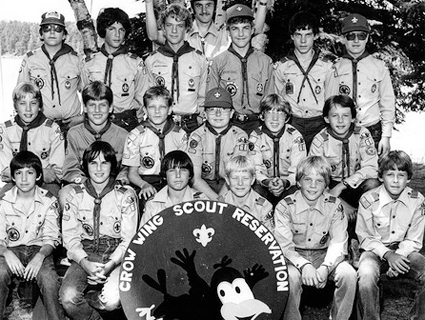 Think summer camp and most people tend to envision mobs of kids swimming in lakes, rowing canoes, or weaving friendship bracelets and singing campfire songs. But conservative activists in Florida have come up with a novel idea for a summer camp this year: Camp Tea Party. In what sounds eerily like indoctrination camp, a few Tampa kids will be spending part of their summer learning about the evils of European socialism and the Christian roots of the Constitution at the “Tampa Liberty School,” a summer camp created by conservative activists from a Tampa 9/12 group. Their camp cheers will include such mottoes as “government can’t force me to be charitable” and “I believe in God.” The St. Petersburg Times reports on some of the activities campers can look forward to:

Children will win hard, wrapped candies to use as currency for a store, symbolizing the gold standard. On the second day, the “banker” will issue paper money instead. Over time, students will realize their paper money buys less and less, while the candies retain their value…

Another example: Starting in an austere room where they are made to sit quietly, symbolizing Europe, the children will pass through an obstacle course to arrive at a brightly decorated party room (the New World).

Red-white-and-blue confetti will be thrown. But afterward the kids will have to clean up the confetti, learning that with freedom comes responsibility.

Still another example: Children will blow bubbles from a single container of soapy solution, and then pop each other’s bubbles with squirt guns in an arrangement that mimics socialism. They are to count how many bubbles they pop. Then they will work with individual bottles of solution and pop their own bubbles.

The camp is a hybrid of vacation Bible school and Glenn Beck. The organizers modeled the camp after one started in Kentucky last year that seems to have taken much of its curriculum straight from Beck’s favorite writer, the late W. Cleon Skousen, author of some dubious and occasionally racist histories of the nation and the bestselling 5,000 Year Leap. In the Kentucky camp, kids learned, among other things, that the early American settlers starved to death because they were communists, a piece of Skousen dogma.

The camps are the brainchild of members of groups that sprung up a few years ago at the urging of Beck, who launched what he called the 9/12 project, symbolizing the day after the 9/11 attacks when the country put partisan differences aside and came together. Beck came up with nine principles and 12 values as the basis for the organization. The 9/12 groups have been associated with the tea party movement, but they also tend to have more religious undertones than their tea party compatriots. Many of their members are Mormons, like Beck and Skousen. Still, they are supportive of the tea party’s new focus on the next generation.

The Florida activists are not alone in trying to foist their agenda on America’s youth. Organizers of the Tea Party Patriots organization have recently urged activists to lobby public schools to teach the Constitution using materials created by a group Skousen founded. The Tampa Liberty School founders say they hope to expand their summer camp offering into local public schools as well, according to the St. Petersburg Times. “We’ve had classes for adults,” Karen Jaroch, who chairs the Tampa 912 Project, told the paper. “Now we want to introduce a younger generation to economics and history, but in a fun way.”