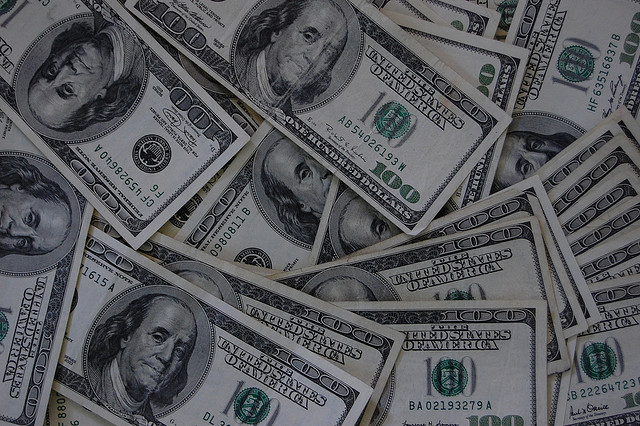 The Republican Party’s constellation of deep-pocketed donors, spread throughout the country and capable of raining cash on the party’s presidential nominee, are eyeing the current crop of GOP presidential hopefuls a lot like the rest of the party: with a mix of wariness and concern. That’s one reason why, as the New York Times reported, the GOP’s top rainmakers have so far done little to drum up donations for Republicans angling for the presidential nomination.

The only candidate with a formidable fundraising network in place is former Massachusetts governor Mitt Romney. His backers include some of the party’s top bundlers, the well-connected fundraisers who pull in big donations from their own respective networks, such as Washington lobbyist Wayne Berman and shopping mall developer and former US ambassador Mel Sembler, a man famous for raising more than $21 million at a single dinner in 2000. Yet the rest of the GOP field lags badly, especially considering that at this point in the 2008 race, the GOP hopefuls had raised upwards of $50 million each.

Here’s more from the Times:

Adding to the challenge this year, the candidates will be competing for money with outside organizations like American Crossroads, a group formed with help from the Republican strategist Karl Rove that has set a fund-raising goal of $120 million for 2012, though it asks donors to help candidates and parties first.

Top Republican donors and senior party officials said they were not overly concerned, expressing confidence that when the field did crystallize the money would be there just as it was last fall. Speaking of the 2010 election cycle, Mr. Sembler, a longtime Republican rainmaker, said, “There were a lot of passionate people out there raising money,” adding, “It just hasn’t seemed to be cycled up yet.”

David A. Norcross, a former general counsel for the Republican National Committee, backed Mr. Romney in the 2008 primaries and had planned to support Mr. Barbour this time. “We’re all in the wait-and-see category for now,” he said, adding that he would probably take his cues from Mr. Barbour.

Meanwhile, President Obama’s 2012 campaign war chest is beginning to fill up, thanks in large part to gay donors. As Politico reports, the Obama campaign is going all-out to court gay donors who, unlike other Obama supporters, are particularly pleased with Obama’s achievements, including his demand to repeal “Don’t Ask, Don’t Tell” and refusal to defend the Defense of Marriage Act.

Obama’s campaign fundraising roster says a lot. His campaign’s finance director is gay, as is the Democratic National Committee’s finance chairman. All in all, Obama’s finance committee has 15 gay men on it, compared to a single gay man in 2008. And the wave of support from the gay community couldn’t come at a better time for Obama:

Gay support is particularly key this year to Obama, whose 2008 campaign raised huge sums from the very rich, just as it did from smaller donors. Now, key categories of supporters have grown leery. The left-leaning super-rich, including George Soros, see Obama as hopelessly compromised, and have lost their enthusiasm for him. Some Wall Street and hedge fund executives, tired of being criticized and regulated, have switched sides. Some pro-Israel Jewish donors, a mainstay of Bill Clinton’s fundraising, dislike Obama’s pressure on Benjamin Netanyahu. And rich men on both coasts whom Clinton had accustomed to personal flattery, personal visits, and late-night bull sessions have received no such personal attention from the more solitary Obama.

“He’s coming back up in the estimation of the gay community pretty rapidly, and I think justifiably,” said Ethan Geto, a New York lobbyist and key figure in Dean’s gay fundraising, who said many gay supporters had hoped “Don’t Ask” would be repealed during the president’s first year in office. “When things didn’t happen in (that) time frame and on the track that Obama had held out hope for, people got very disillusioned,” said Geto. “This was the time to strike.”