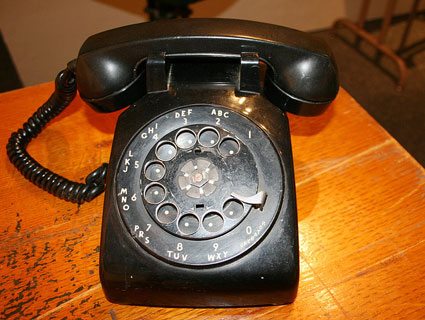 The proposed AT&T/T-Mobile merger continues to dominate media policy headlines, but the wireless merger isn’t the only game in town. AOL’s recent buyout of the Huffington Post has raised intellectual property issues, rural communities still lack speedy broadband access, and a proposed Verizon antenna in Oakland has come under fire by neighborhood activists.

Telecommunications giant AT&T is many things, and an underdog in need of federal assistance isn’t one of them. Yet Colorlines.com’s Jamilah King says that’s exactly how the company is portraying itself in its proposed $39 billion dollar takeover of T-Mobile.

In its official filing with the Federal Communications Commission (FCC), King reports, “AT&T spends nearly 90 pages describing T-Mobile’s weaknesses, while detailing the roadblocks it says it’ll face if federal regulators don’t green light the deal.” If federal regulators block the deal, AT&T argues, its customers “would face a greater number of blocked and dropped calls as well as less reliable and slower data connections. And in some markets, AT&T’s customers would be left without access to more advanced technologies.”

It’s hard to feel sorry for AT&T, though, since the deal has raised concerns that consumers ultimately will pay more for cell phone service, which could adversely impact low-income, minority, and immigrant users who rely on the low-cost plans currently offered by T-Mobile. If the merger passes federal muster, King writes, “it’ll likely mean the unheralded return to prominence of the former Ma Bell monopoly that ruled American telecommunications for most of the twentieth century.”

As Nancy Scola writes in The American Prospect, AT&T’s 381-page FCC filing essentially comes down to this: “you can have the benefits of competition without actual competitors.”

Scola traces the history of the telecommunications industry, touching on the 1982 antitrust case which resulted in the break-up of Ma Bell (aka AT&T) into seven Baby Bells, as well as analyzing current media policy in Washington:

As a powerful company that just announced $31 billion in revenues last quarter AT&T retains great sway. The FCC often defers to the company’s role as the founders of American telecommunications. And Congress, a recipient of large sums of AT&T cash, often seems dazzled by the company’s bright lobbyists who talk in confusing but exciting ways about ‘spectrum synergies’ and ‘LTE deployment.’

The takeaway? Congress and federal regulators need to put consumers’ needs ahead of the telecoms:

In 21st-century America, mobile phones are simply far too important a technology for Washington to give them the usual treatment. With a breathtaking nine out of 10 Americans now owning a cell phone, the wireless market is one that has to work for consumers.

The AT&T/T-Mobile merger has garnered a lot of media attention, but it’s not the only merger worth scrutinizing. Truthout’s Nadia Prupis takes a closer look at reactions to the class-action lawsuit recently filed on behalf of Huffington Post’s unpaid bloggers. HuffPo was recently sold to AOL for $315 million. As Prupis reports, “the class-action suit, filed by freelance journalist Jonathan Tasini, alleges that the posts created by unpaid writers were worth an estimated $105 million, and that the profit should have been used as compensation.”

HuffPo founder Arianna Huffington is quoted as saying, “The vast majority of our bloggers are thrilled to contribute – and we’re thrilled to have them.”

Yet the merger—and the lawsuit—highlight one of the biggest issues facing contemporary journalism: The devaluation of intellectual property. For that reason, a number of former bloggers have instituted a boycott of HuffPo. As Prupis notes, “The Newspaper Guild of America, the National Writers Union and the AFL-CIO have all endorsed the boycott, with many of their members refusing to contribute to the web site until Huffington agrees to talk with the unions about how best to approach the changing landscape of online journalism.”

Mark Scheerer of Public News Service tackles the issue of broadband access in rural communities – an important topic in a down economy, since faster connectivity could result in economic stimulus for small businesses, such as livestock farmers.

A new report (PDF at link) issued by the Center for Rural Strategies concludes that “communities without broadband service could be hobbled economically, losing the race to those with faster connections.”

Farmers in places like Stamping Ground, Kentucky, Scheerer says, are paying for high-speed broadband, yet receiving dial-up download speeds, which hinders efforts to “streamline and economize their livestock sales.”

The report essentially mirrors the FCC’s 2010 findings: “broadband providers are not expanding their services in a timely and satisfactory fashion.”

Activists Push Back Against Verizon Antenna

As Oakland Local’s Dennis Rowcliffe reports, a proposal by Verizon to install a powerful cellular antenna close to two schools and several residential units has been met with opposition by community groups.

“The residents, school parents and teachers express concerns about the potential health effects of sustained nearby exposure to increased levels of the electromagnetic frequency, or EMF, radiation emitted by the antennas,” Rowcliffe writes, adding that a group called East Bay Residents for Responsible Antenna Placement (EBR-RAP) has suggested several alternate sites, all of which were rejected by Verizon.

Verizon executive John Johnson is quoted as saying, “Please note that we intend to retain our rights to the city-approved location and to use it as the project site if we are unable to identify a viable alternative after further review.”

However, EBR-RAP members say they intend to keep up the pressure on Verizon until an alternate site is found.