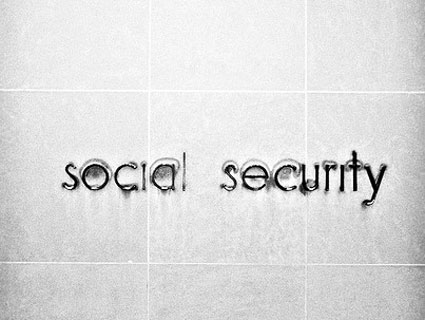 For all the drastic spending cuts in GOP Rep. Paul Ryan’s proposed 2012 budget, there’s one major government program that it barely touches: Social Security. Now Republicans in both houses of Congress are preparing to dig into that sacrosanct entitlement as well.

On Wednesday morning, shortly before Obama’s big deficit speech, three Republican senators unveiled a plan to cut $6.2 trillion by paring back Social Security over the next two decades. Under a proposal unveiled by Sens. Lindsey Graham (R-S.C.), Rand Paul (R-Ky.), and Mike Lee (R-Utah), the qualifying age for Social Security would rise from 67 to 70 by 2032, while benefits for everyone earning more than an average of $43,000 over their lifetime would be reduced. Graham took pains to explain that he wasn’t pushing for privatization but also slammed any tax increases to shore up Social Security, saying such a move would “destroy America.” “It’s much better to give up benefits on the end side than pay taxes now,” he explained.

Graham, who’s long led GOP efforts on Social Security, said that he could only find two other senators to join him at the podium on Wednesday, given the political risks involved in tackling the issue. “It shows the real reluctance of the GOP,” he said. And while House Republicans have made privatizing Medicare and cutting Medicaid their top budget priorities, Graham said that Social Security reform needed to be moved to the front of the queue. “It’s the place to start entitlement reform. Once you fix the Social Security problem, move to Medicare,” he told Mother Jones.

Paul, for his part, argued that Ryan’s draconian budget didn’t go far enough in slashing spending. “It doesn’t balance for 26 years—that’s too long,” he said. Could House Republicans who’ve embraced Ryan’s vision line up behind their Senate colleagues’ Social Security cuts? Some of them—especially freshman and tea party members—seem open to the possibility.

“Social Security right now should be talked about every bit as Medicare and Medicaid…gosh, I wish we would,” said Rep. Joe Walsh (R-Ill.), a freshman member and tea party activist. Walsh explained that he, too, wants to consider hiking the retirement age and introducing optional privatized accounts. When asked about the GOP senators’ plan, Walsh was enthused: “I’ll talk to Senator Paul, because I’d love to sponsor it here.”

Other newly elected House Republicans also seemed open to putting Social Security on the table in the upcoming fights over the 2012 budget and the debt limit. When asked whether the House GOP should be tackling Social Security, Rep. Austin Scott (R-Ga)—the elected president of the freshmen class—replied: “Absolutely. We have to put every issue on the table, and address all of them…. I don’t think we can afford to exclude anything right now, with the debt limit and the fiscal crisis we’re in.” Even freshman Rep. Allen West (R-Fla.), who represents a district with a significant elderly population, argued that raising the Social Security age would help address the deficit. “If you take it from 65 to 69, it does have a positive effect on bending down the deficit curve…back then, we were living to 59. Now we’re living to 78,” West told Mother Jones.

And a major Social Security debate in the House may already be on the horizon. Rep. Jason Chaffetz (R-Utah), also a tea party favorite, added that he planned to introduce his own Social Security reform bill in the upcoming weeks. He wouldn’t disclose any details of his plan, only to note that “lots of folks” in the House were involved—and that his plan would take major steps in overhauling the program. “Until we fully tackle entitlements, we can’t get on the trajectory that we need to,” Chaffetz said.

Not every House Republican seemed so excited about Graham’s plan. Even on the party’s right flank, some members seemed wary of tackling Social Security, long described as the untouchable “third rail” of politics. Rep. Steve King (R-Iowa), a well-known flamethrower within the party, demurred when asked about the issue. “It’s a delicate thing,” King said. “I represent perhaps the most senior congressional district in America. I’m not in a position where I can speak about [Social Security reform] publicly.” Similarly, Rep. Steve Austria (R-Ohio), said the GOP needed to act prudently if and when it takes on Social Security reform. “It’s very important that we do it in a responsible manner and very important that those 55 and older are held harmless,” Austria said.

Republicans are taking a big political risk by going after Medicare. Adding Social Security to the mix could put them on even more difficult footing, as George W. Bush’s failed effort at privatizing the program demonstrated. But having already pushed the parameters of the debate so far to the right, they’ve opened the door to going even further.